Roidmude 100 is a Low Class Cobra-Type Roidmude modified to be a member of Reaper Legion responsible for stealing the Lupin Gunner to become Kamen Rider Lupin and the main antagonist of the Kamen Rider Drive special Type LUPIN: ~Lupin, The Last Challenge~.

Roidmude 100 at some point attacked Zoruku Tojo aka Ultimate Lupin and stole the Lupin Gunner from him, using it to transform into Kamen Rider Lupin. He then issued a letter to Kamen Rider Drive where, posing as Ultimate Lupin, he issued a challenge to him. Shinnosuke went to confront Lupin and quickly realized it was Roidmude 100 in disguise, as Lupin had agreed not to use the "Kamen Rider" title anymore after Drive defeated him.

The real Lupin then appears and takes back the Lupin Gunner before transforming into Kamen Rider Lupin to help Drive. Roidmude 100 summoned two Lost Number Roidmudes to fight them but Kamen Riders Mach and Chaser showed up to battle them while Drive and Lupin took on 100. 100 was then defeated by Drive Type Tridoron and Lupin combining their finishers. 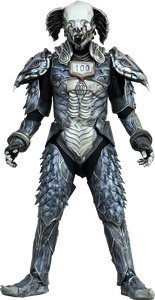 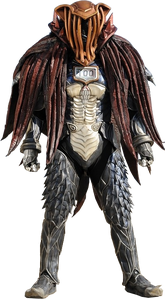 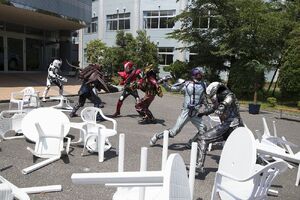 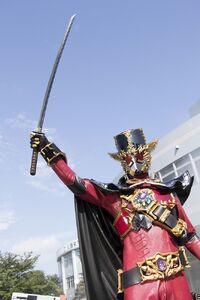