Conquering species rather than form alliances.

Treating other species with varying degrees of disdain.
Being prone to emotions.

The Romulans are one of the most prominent villains of Star Trek, one of the few alien races in the series that has remained hostile towards the Federation, having never truly been defeated nor allied, though they did join forces with them in the war against the Dominion.

In the 4th century CE Vulcans "who marched under the raptor's wing" left Vulcan in a group of colony ships. After a century of wandering the survivors reached a pair of worlds which they claimed as their own. Establishing themselves on the new world the exiles became Romulans. They embraced a power-hungry philosophy centred on military aggression and imperialism, they have been behind the scenes in many of Star Trek's more prominent conflicts and their animosity with the Federation has lasted generations.

The Romulans share many of the concepts and titles as the ancient Romans and Greeks of Earth - such as Praetor, Emperor, Senate, Erebus, and so on. One possible explanation is that Apollo and the other aliens who visited Greece several thousand years ago had visited Vulcan as well in the distant past, and were a major influence in the proto-Romulan people.

In the mid 22nd century, the Romulans fought a war against Earth and its allies. Hard fought the Romulans were unable to defeat Earth or their allies. Retreating behind a treaty negotiated neutral zone they licked their wounds and built up strength to the point where they could attack again.

A century later the Romulans sent a ship to probe Federation defenses in preparation for a full scale attack on the Federation. The ship was disabled by the Enterprise before they could return home, with the Romulan commander committing suicide before his ship could be captured.

It is worth noting that although the Romulans are one of the few central alien races in Star Trek to have never been allied with the Federation they are far less destructive than antagonists such as the Borg - Romulans also play a large role in recent updates to Star Trek Online, which is set in an alternate-universe from the mainstream Star Trek titles. The Romulan Republic in the game, which is thought to be a "terroristic cell" by the Romulan Empire, however, can choose to ally the Klingon Defense Force or the Federation, depending on the player's choices.

Owing to their heritage as a group of dissident Vulcans who left their homeworld and settled on new worlds, Romulans have a striking resemblance to Vulcans. Over the centuries the Romulans became a distinct subspecies to the Vulcans, with there being a number of differences between them and their baseline Vulcan cousins. They still shared the same pointed earns and copper based blood that appeared green when oxygenated, but by the 24th century there was enough differences that Vulcans were no longer considered as compatible donors for transfusions.

In Romulan society, military/political rank influences social standing. Because Romulans were members of a militaristic civilization, who considered defending the Romulan Empire and their own personal honor of foremost importance, military service and its accompanying rank were decisive factors in determining social eminence. However, while the military played an important role in Romulan society, it was the Romulan Senate that controlled the government.

At one point in their history, Romulus was a sovereign nation ruled by an Empress or Emperor. By the 23rd century, the highest position of power was held by the Praetor, who presided over the Romulan Senate. The Praetor headed the Continuing Committee, which was comprised of the Empire's most elite individuals, who made decisions of the utmost importance. While there was a Romulan Emperor as late as the mid 24th century, that person was mainly a figurehead, with the actual power belonging to the Praetor and Committee.

By the 24th century, the government of Romulus was dependent upon the Tal Shiar, the Romulan secret police, to maintain order and stability among both civilians and the military. The Tal Shiar was known for its brutal tactics, which included routine kidnapping, torture, and assassination. Many Romulans feared even expressing dissenting opinions in order to not bring the attention of the Tal Shiar. There were also indications that tension existed between the military and the Tal Shiar.

Romulan society was based upon a highly structured caste system. Unlike most of the highly evolved species in the Alpha/Beta Quadrant, Romulans still practiced slavery, in this case of the Remans, which they used for slave labor and as shock troops.

Romulans tend to be highly xenophobic, engaging in extended periods of isolationism, and could be perceived as outright racist to other species, believing themselves to be superior. At least some Romulans believed that, one day, the Romulan Empire would rule the entire galaxy and that Humans would be extinct. (TNG: "The Neutral Zone", "Data's Day", "The Enemy") According to Miles O'Brien, there was no piece of technology in existence that the Romulans didn't claim they invented before everyone else.

Both males and females could command warships, obtain high political positions, and could be members of the Tal Shiar.

Romulans had been aware of Humanity for some time before Earth knew of them. Infiltrating the highest levels of the Vulcan High Command, the Romulans were impressed and seemingly confused by humans. Enterprise NX-01 inadvertently encountered a Romulan minefield at one point, officially the first time humanity became aware of the Romulans. Even after fighting the Earth-Romulan War, it wasn't until the 23rd century that humans actually made visual contact with Romulans.

After the Treaty of Algeron went into effect in 2311, the Romulans retreated into political and social isolation from the galaxy at large. In the 2340s Romulans attacked Klingon colonies, including those at Narenda III and Khitomer. The sacrifice of the Enterprise-C in defending Narenda III against the Romulans shored up the relationship between the Empire and the Federation. 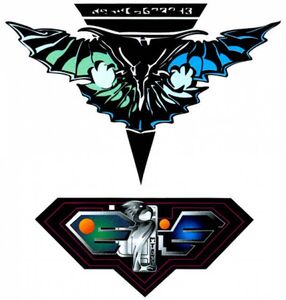 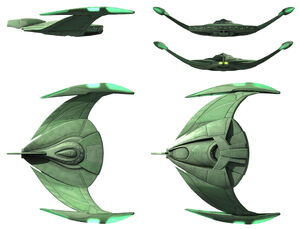 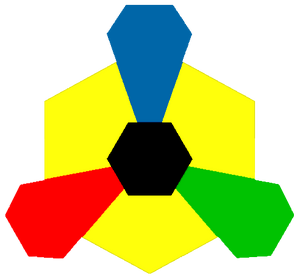 Retrieved from "https://villains.fandom.com/wiki/Romulans?oldid=3563919"
Community content is available under CC-BY-SA unless otherwise noted.