Villains Wiki
Register
Don't have an account?
Sign In
Advertisement
in: Infobox Update, Articles under construction, Parody/Homage,
and 13 more

Corrupt Businessman
Ronald Grump is the main antagonist of the 1994 25th anniversary TV special "Sesame Street All Star 25th Birthday: Stars and Street Forever!". He is described as rude, angry, mean, mad and quite ruthless.

He was portrayed by Joe Pesci who also played Frankie Monaldi in Once Upon a Time in America, Mr. Big in Moonwalker, Harry Lime in Home Alone and Home Alone 2: Lost in New York, Tommy DeVito in Goodfellas and Nicky Santoro in Casino.

In the special, he wants to demolish Sesame Street to realize his plans for The Grump Tower. The Sesame Street residents inform Grump of the many wonderful moments in the neighborhood that have happened over the years, but none of it changes his mind. "If there’s one thing I despise," Grump says, "it's cheap sentiment. Hugs, kiddie television, cute, furry animals..."

He ultimately abandons his plans to build Grump Tower when he realizes that Oscar's trash can is on city property, and Oscar refuses to move, inadvertently saving Sesame Street. 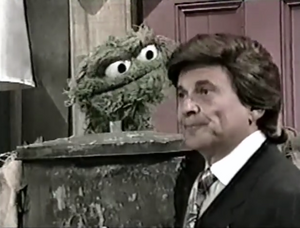 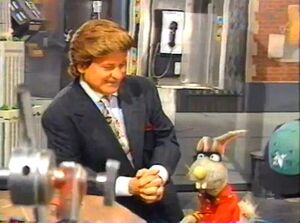 Grump in a Behind The Scenes look 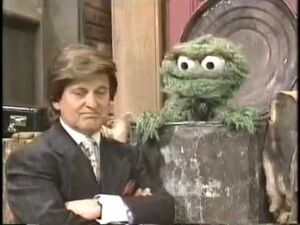 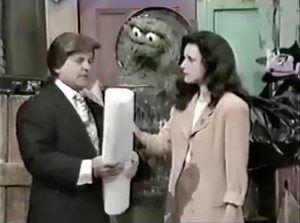