Creation of Heaven and Earth, Listening to the Baby's Cry and the Angry Roar

Member of the Checkmate Four

Thrill-Seeking Vampire
Rook of the Checkmate Four, the Lion Fangire, with his true name being The Creation of Heaven and Earth, listening to the Baby's Cry and the Angry Roar is a Fangire from the Beast Class of Fangires and a major antagonist in Kamen Rider Kiva.

He was portrayed by Tomohide Takahara.

Named after the Rook tattoo on his hand, the Rook is the human form of the Lion Fangire and a member of the Checkmate Four. The Rook is the one Yuri Aso swore vengeance on for murdering her mother, as well as being the one who slaughtered nearly the entire Wolfen Race. Being one annoyed with boredom, the Rook devised his own personal game: the "Time Play". In a Time Play, he feeds on a select group of people within a time limit, with failure to make the intended number resulting in self-punishment with an electric shock strong enough to kill a human. However, if he manages to succeed the right amount of victims within his game, he rewards himself with ice cream. Eventually, he is defeated by Yuri when she tricks him into using the Ixa System to weaken him before Otoya Kurenai and the Arms Monsters further weaken him for Yuri to deliver the deathblow with the Ixa System. Gravely wounded, the Rook barely escapes with a severe wound on his right shoulder, entering a deep rest to recuperate from his injuries.

By 2008, the Rook has lost his memories while resting and possesses a child-like mentality, found by Wataru Kurenai and Shizuka Nomura. Because he cannot remember his name, they call him Dai-chan (great) due to his size. Soon after, Dai-Chan regains all of his memories as the Rook upon seeing one of his old battlefields. However, the Rook becomes bored with his Time Plays and now resorts to playing the ultimate game, doing good deeds before getting himself killed to enter the pearly gates. This plan is changed when the Rook seeks to destroy Ixa, eventually being destroyed by Megumi Aso as Ixa attacking his shoulder.

Rook is chasing after a renegade Fangire when Tsukasa Kadoya interferes and destroys him with the Ride Booker's Decade Slash.

In the alternate timeline where Shocker achieved global dominion through their strongest kaijin Shocker Greeed, the Lion Fangire was one of the monsters who joined the organization, serving as a representative on their council. 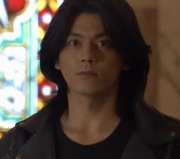 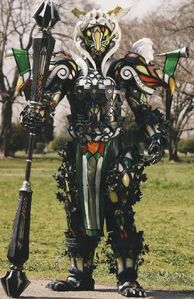 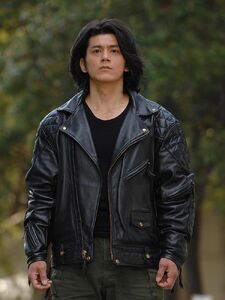 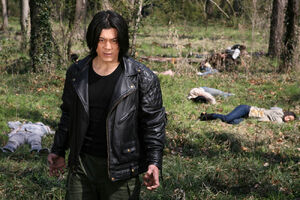 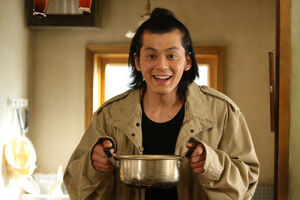 An amnesiac Rook as "Dai-chan". 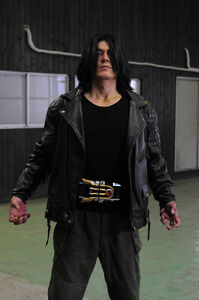 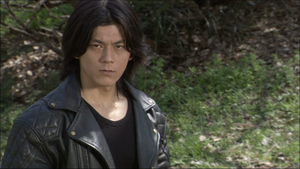 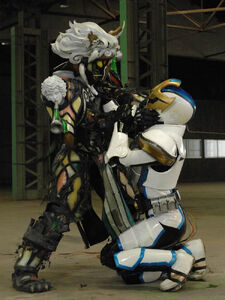 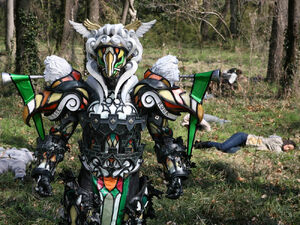 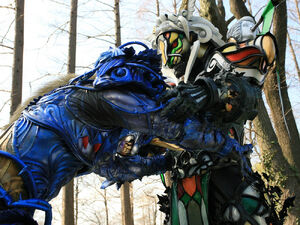 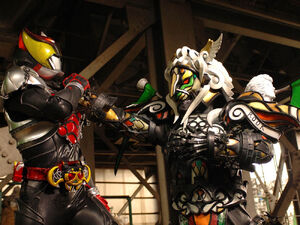 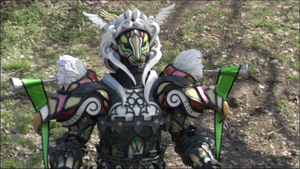 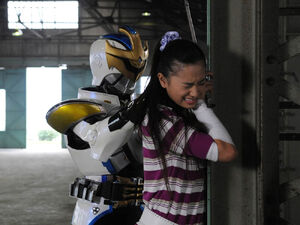 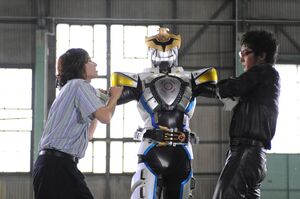 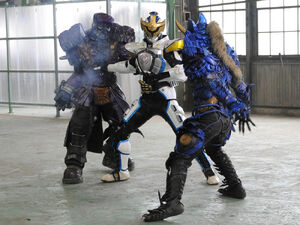 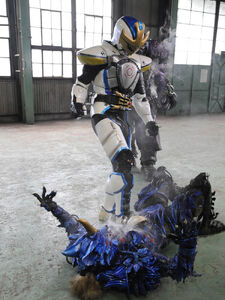 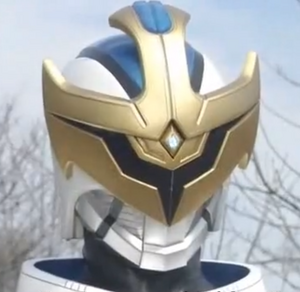 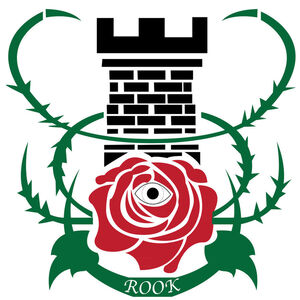