Find and steal the Attamon talisman from the vampires in order to send them all to the Underworld (failed).

Rookery is the main antagonist of the 2000 live-action family horror comedy film The Little Vampire. He is an evil mercenary and vampire hunter who plans to steal the Stone of Attamon in order to send all of the vampires to the Underworld.

He was portrayed by Jim Carter.

Rookery is a vampire hunter and mercenary who serves as the archenemy of the Sackville-Bagg vampire household as he first appears chasing after Rudolph, the youngest son of the family. Rudolph comes across Tony Thompson dressed as a vampire and mistakes him for another. After finding out he is not but weakened from his chase to drink Tony's blood, Rudolph tells Tony of the Attamon talisman that will transform him and his family into normal humans, and how Rookery plans to use it to banish the vampires down to the Underworld. Later, when Tony is brought to Rudolph's house, Rookery attacks using a machine, but with Tony's help, the Sackville-Baggs push him back.

Rookery then goes to Lord McAshton and asks for assistance in hunting down the vampires; McAston refuses as it would go against his family's will as his ancestor was killed after falling in love with a vampire. Rookery decides to fight the family alone, chasing after Tony and Rudolph as they find the talisman in Tony's bedroom while the other vampires travel to the site of the ritual. Rookery catches Tony and traps him in a coffin while snatching the bag that Tony placed the talisman in. Rudolph and Anna rescue Tony while tricking Rookery into driving his truck into a blimp and off a cliff. Surviving the fall, Rookery discovers that the bag instead carried a good luck charm that Anna made for Tony (a dead rat).

Just as the ceremony could begin, Rookery returns riding the blimp and snatches the amulet, preventing the vampires from taking it back as he holds a glowing cross. Being human, Tony attempts to fight back, but is no match for Rookery until Tony's parents arrive and beat up the evil hunter for harming their son and stealing their blimp. Rookery eventually loses his balance and plummets down the cliff again to his death.

Rookery is a ruthless hunter and mercenary who will do any means to capture vampires, even attacking anyone who tries to protect them from letting him hunt them down. 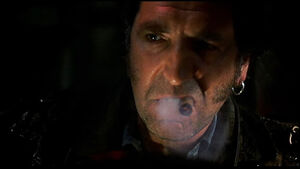 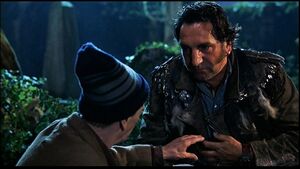 Rookery talking to the cemetery owner. 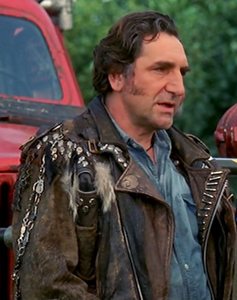 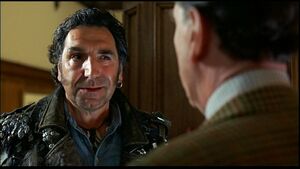 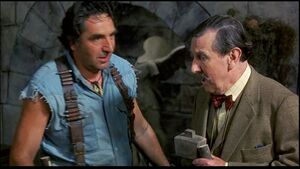 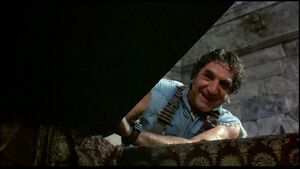 Rookery trapping Tony in the coffin. 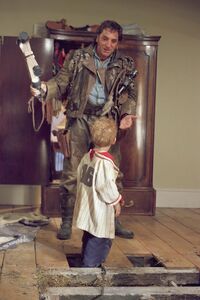 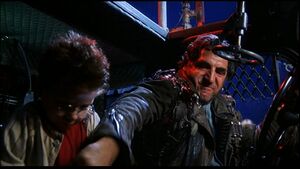 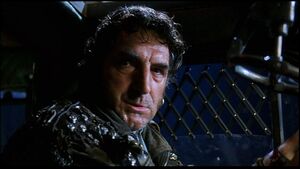 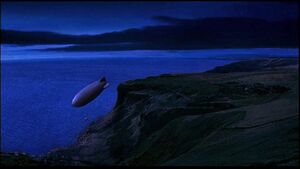 Rookery falling into the river below along with Mr. Thompson's blimp. 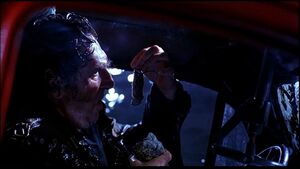 Rookery finding a dead rat instead of the Attamon. 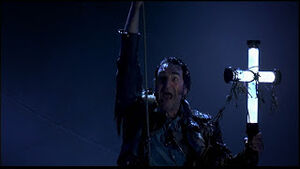 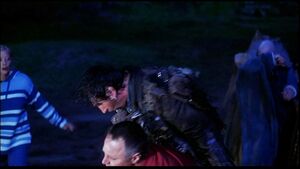 Rookery getting punched by Mr. Thompson. 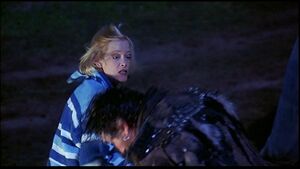 Rookery getting punched by Mrs. Thompson. 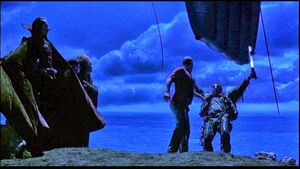