Villains Wiki
Register
Don't have an account?
Sign In
Advertisement
in: Mature, Game of Thrones Villains, Male,
and 64 more
English

Lord Bolton
Lord Leech
The Lord of Leeches
His Lordship

Lord of the Dreadfort

Rule the North for the Crown with the help of the Freys and make sure all northern houses obey (failed).

Lord Roose Bolton, also known as the Leech Lord, is one of the main antagonists of A Song of Ice and Fire and its television series Game of Thrones. He is first introduced as a neutral character in the first book and becomes a major antagonist from the second book onward. He is set to be one of the main antagonists in the upcoming sequel The Winds of Winter. In the TV show, he serves as a supporting character in season 2, and a major antagonist from Season 3 up until his demise in Season 6.

Roose is the Lord of the Dreadfort and head of House Bolton. He is known by everyone for receiving regular leechings, which he believes to improve his health, by removing "bad blood". He has a pallid skin, cold pale eyes, and talks with a whispery voice. He speaks softly and rarely raises his voice. Eddard Stark never trusted him. At the beginning of the main story, Roose is a widower. He was married twice before the events of the main series, his second wife being to Bethany Ryswell, who never made a sound in bed, according to Roose. They had one child, Domeric, Roose's heir. Lady Bolton died of sickness and his heir Domeric was poisoned by his bastard son, Ramsay Snow, born from rape.

He was formerly a bannerman of House Stark and fought for Lord Eddard Stark and King Robert I Baratheon during Robert's Rebellion. Fourteen years later, he fought alongside Robb Stark during the War of the Five Kings, but after conspiring with Walder Frey and Tywin Lannister to orchestrate the infamous event known as the Red Wedding that resulted in the death of both Robb and his mother Catelyn, he becomes the new Warden of the North, while his son, Ramsay, becomes the new Lord of Winterfell.

He was portrayed by Michael McElhatton in the television series.

Roose Bolton is the coldest character of the series, more than Stannis Baratheon, Tywin Lannister, or Randyll Tarly. He is an almost textbook example of an extremely high-functioning psychopath, one who is willing to do anything to get ahead in life, as long as he can get away with it. He has no love or hate for anyone, only seeing people as obstacles to get in his way, or pawns to serve their purpose. As opposed to his bastard son, he has almost perfect impulse control and understands the need for restraint on his sadistic urges. If he is given the chance to get away with something, it becomes clear where Ramsay got it from, as Roose's brutality and callousness rivals his son's.

Roose is extremely intelligent and a master of political strategy. His planned betrayal of the Starks and the North during the Red Wedding was carefully plotted by him, as he left entire Northern units in positions to be wiped out by the Lannisters, until his forces were the largest in the Northern army. While he frequently scolds his son for his acts, it's never due to how horrible they are, but out of sheer pragmatism. Allies who see his son hunting women and skinning other nobles may not be allies much longer. "A peaceful land, a quiet people" has always been his rule, though "a quiet people" can be achieved in a number of ways, such as cutting the tongue out of a witness of his rape of Ramsay's mother and the murder of her husband.

He is also shown to be paranoid about anyone. In a world of deceit, lies, and backstabbings, ironically all of which he is a master of, he credits fear as what keeps him alive. He always wears chainmail and never drinks wine.

Roose has a number of quirks that are considered strange or out-of-place in Westeros, and especially the North. For example, he is an extreme health nut. He never drinks, leeches himself regularly to get the bad blood out, eats prunes and drinks hippocras to improve digestion. The leeches themselves have drained his skin of a great deal of color, making him pale as well as quieting his voice to a near whisper, to the point where people have to lean in to hear what he says. Roose is also quite a literary man. Whenever he finishes reading a book or letter, he always burns it afterward to prevent anyone else from obtaining the same knowledge he gained. 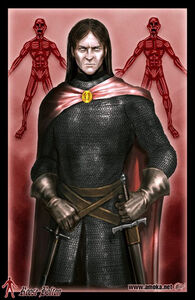 Roose in the books. 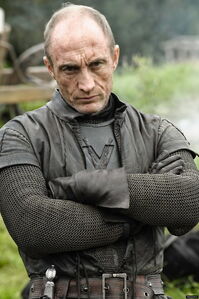 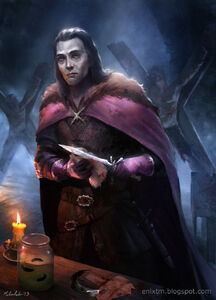 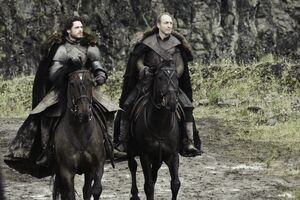 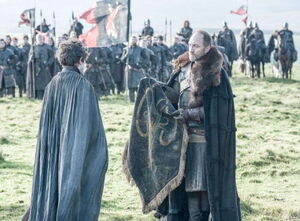 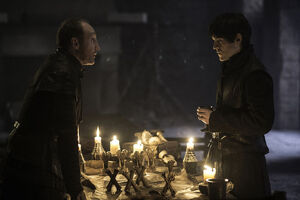 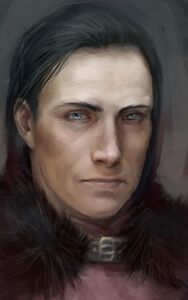 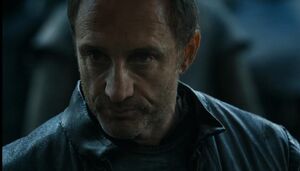 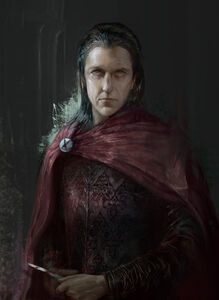 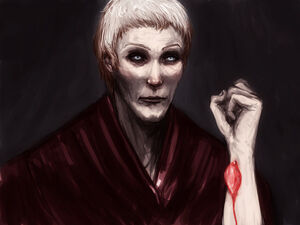 Roose with one his leeches. 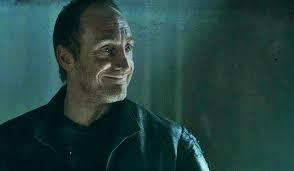