Ben 10 Omniverse: The Rooters of All Evil

Each members possess their own unique super powers

Supervillains
The Rooters are the Black Ops wing of the Null Void Plumbers. They appeared as villains in Ben 10: Omniverse. They are also secret.

The Rooters are a special Plumber unit of the Null Void. According to Max Tennyson they have a really powerful rank on the Plumbers. They answer only to the High Protectorate and only the Grand-Masters are more powerful than the leader, Proctor Servantis.

According to Kevin Levin, they rescued him from a Null Void Vulpimancer and took him to their lair. He met Servantis, who used his absorption powers to pass DNA and create an army for a war. Servantis used Kevin to fuse himself with a Cerebrocrustacean. The Amalgam Kids were used to do "nasty things", according to Kevin, who fled later. Servantis later wiped the kids' memories, including Kevin's.

The Rooters of All Evil

The Rooters returns on the Plumber's HQ hunting for Kevin. Servantis attacks the Plumbers, trying to read their minds. There are three more members: Swift, Phil and Leander. Swift and the Unnamed Member are defeated by Ben, who finds Kevin. Ben, Kevin and Zed escapes from the Rooters. Kevin told the true story about the Null Void, after that they attacked. Ben and Kevin are taken to the Plumber HQ, and Servantis tells important things, such as the Osmosians are just humans with an unique genectic component that give them special powers. Each one has an unique power, and Kevin's power is energy/matter absorbtion, such as DNA. They will use Kevin to create an army to win a war.

The Plumbers battle the Rooters. Ben turns into Gravattack and with the help of Molly, Patteliday and Rook, he defeated the villains. But Servantis reads Ben's, Rook's and Max's minds and detects that they don't know anything about where Kevin fled, because Rook destroyed the camera systems fighting with Swift. They leave the HQ, but Servantis says that they will return. 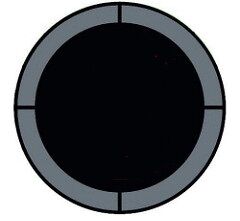 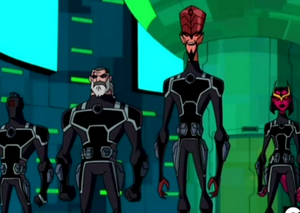