Spending time with her boyfriends.

Earn the respect of her family (her father in particular).

Rosa Ushiromiya is one of the main antagonists from Umineko no Naku Koro ni. She is Kinzo Ushiromiya's fourth and youngest child. She is ranked the fifth of all family members. As the youngest Ushiromiya child, she has very little said at the family meetings. She is also the mother of Maria Ushiromiya, who is Rosa's only child. Before her birth, Maria's father abandoned them.

She was voiced by Ami Koshimizu.

Rosa was one of Kinzo's children whose only daughter was the nine-year-old Maria. She had a company called Anti-Rosa where its function was to design western stylized clothing. However, it floundered, and now she seeks her father's money to pay off the co-endorsers. Her husband also left her and her daughter, and she secretly blamed her for it.

At some point, Maria supposed that the truth of the matter behind her mother's long work hours, is because Rosa often secretly went on small vacations to lavish locations with her supposed boyfriend. However, that was in fact never true.

Rosa was known for having major mood swings and often abused Maria by slapping her. She often says that she works very hard, but in reality, she spends time with boyfriends, and intentionally leaves Maria by herself. In one of her deaths, she says that she never loved her daughter and wished for her to have been dead.

However, in some episodes, it seems that she genuinely cares for Maria. In one episode, she tried to protect her from the Goat Servants, even though she herself said that she was a "bad mother". She often reconciles with her daughter later and apologizes. However, everything that she did to her before that point is kind of questionable.

She would be calm and happy to Maria in one scene and the next would then abuse her for the childish way she acts, especially if Maria is acting particularly difficult or when Maria acts extremely creepy.

Rosa is actually terrified by Maria overly expressing her belief in the occult, as well as mentioning the name of a certain witch whom Rosa had convinced herself that she was to blame for the witch's death years ago. Usually, after slapping her daughter, Rosa will feel guilty and reconcile with Maria, often who remarks that she is glad her mother is not controlled by the"Black Witch". 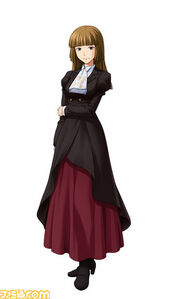 Rosa in the PS3 version 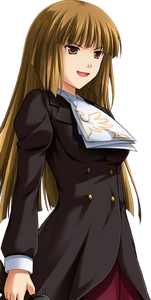 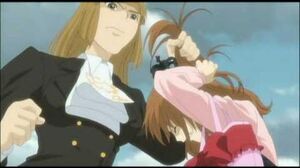