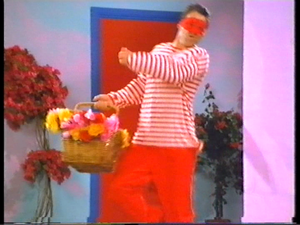 The Rose Robber is an antagonist from The Wiggles Movie.

He was portrayed by Paul Paddick, who also played Captain Feathersword, Wags the Dog, and the Life Saver.

The rose robber seems to emotionless, but he likes to steal roses and he does not like getting arrested.

The rose robber is a human with brown hair, a white shirt with red stripes, red pants, a red robber mask and black shoes.

Due to wearing a robber mask, it is unknown what color his eyes are.

After that, the rose robber was never seen again.

The rose robber only said one speaking line which was "I was framed!, I was FRAAAAAAAAAMMMMMMMMMMMED!". Other than that, he did not really speak that much. The robber has a somewhat deep voice. 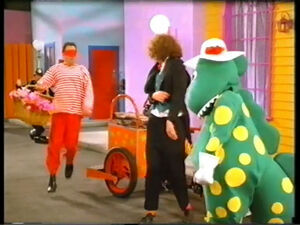 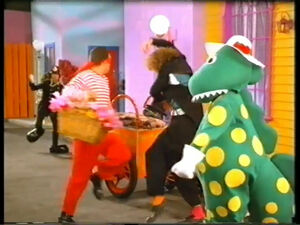 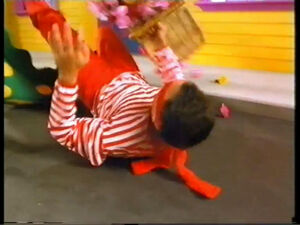 The rose robber tripping over Dorothy the Dinosaur's tail 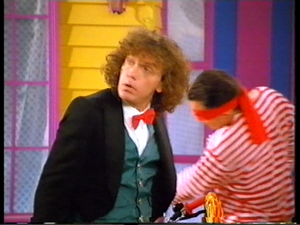 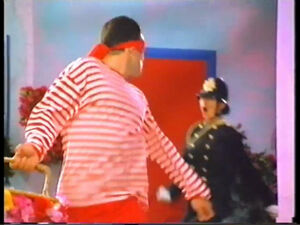 Retrieved from "https://villains.fandom.com/wiki/Rose_Robber?oldid=3356967"
Community content is available under CC-BY-SA unless otherwise noted.