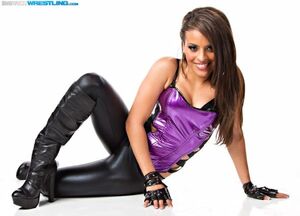 Rosita is a former TNA Knockout and a former Knockouts Tag Team Champion who spent her entire TNA career portraying a villainess.

Rosita debuted in February 2011 as the (kayfabe) cousin of Sarita, and within one month, the duo became Knockouts Tag Team Champions when they defeated Angelina Love and Winter at Victory Road. Rosita and Sarita later aligned with Hernandez and Anarquia to form the villainous anti-American faction known as Mexican America, and regarding their title reign, it would last for four months until they lost the titles to Tara and Brooke Tessmacher.

In later months, the evil Rosita (along with Sarita) spent several weeks attempting to seduce Eric Young before he was set to marry ODB. This was after the duo lost the tag titles to EY and ODB in March of 2012. Rosita and Sarita's latest seduction at the wedding fell flat, but it would lead to a rematch at Lockdown, which Rosita and Sarita lost. After months of inactivity, Rosita was released from TNA in 2013. 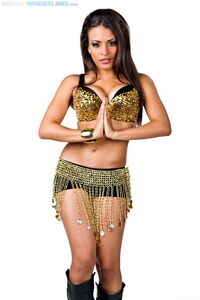 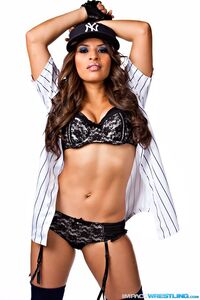 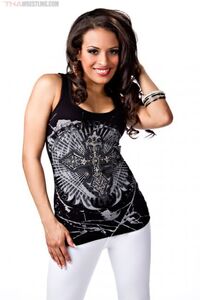 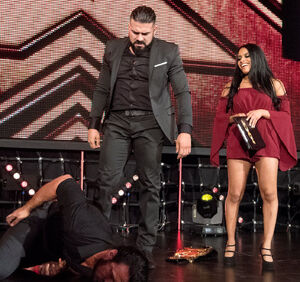 NXT 1st November 2017: The evil Zelina enjoys watching Andrade give Drew McIntyre a beating
Add a photo to this gallery
Retrieved from "https://villains.fandom.com/wiki/Rosita?oldid=3214233"
Community content is available under CC-BY-SA unless otherwise noted.