Villains Wiki
Register
Don't have an account?
Sign In
Advertisement
in: Spoilers, Mature, Call of Duty Villains,
and 6 more

Rott is a villainous playable character of the 2019 first person shooter, Call of Duty: Mobile, and the minor antagonist in the Mobile comics. he is a mercenary for hire, a local arms dealer who is working for "The Fifth Knight" the mysterious leader of the Five Knights.

In Panama, Rott meets The Five Knights Operators, Rorke, Vagr Modir & Hidora Kai. apparently a local arms dealer, Rosa is later assigned to go undercover to Panama to get intel from him by Captain Price. When she first meets him, Rott is dousing a supposed buyer/customer while he's tied in a chair, on fire. He asks her if she has a problem with it, to which she replies that she suddenly has a craving for bacon. Rott then states that he's a vegetarian, before making an arms deal with Rosa, which she has planned for. As they negotiate for some FHJ Launchers, Rosa attempts to haggle, But Rott shoots down the idea, telling her to accept the price he has set or leave it. She agrees to the deal and then Rott thanks her, saying it's a pleasure doing business with her. However, Later on, Rott sends Dame to look out for any intruders. Dame nearly impales Rosa with her knife when she attempts to steal the briefcase, but is gunned down. Rott and his henchmen show up, to which he comments that he thought they were at the start of a beautiful friendship. With Rosa's cover blown, she then makes haste to exfil, with Rott and his men in hot pursuit. As Rosa leaps from rooftop to rooftop, Rott suddenly blindsides her. However, when she attempts to shoot him, Rott moves out of the way but falls off into the building while Rosa hangs on to a ledge. Not willing to give up his pursuit, he then sees her having on a motorcycle after Rosa shot Rott's henchmen with her silenced pistol, deciding to pursue her on his own. As he gives chase, he exchanges fire with Rosa until it reaches a cliff where a helicopter with Ghost is waiting to pick her up. Unfortunately, Rosa successfully exfils and Rott is too late to stop her and forced to halt his pursuit.

Later on, he and Rorke are discussing some matters. Rorke scolds him for being incompetent, to which he rebukes him saying that Rorke should've been stealthy and not lead the UAC to him. Rorke shrugs off the irritation, saying that by the time they get here, he won't be anymore as he has gotten what he has needed. Just then, Templar interrupts the conversation. After a brief banter, Rott sees Templar pulling out his throwing knives, and immediately bails, claiming it's not his fight. 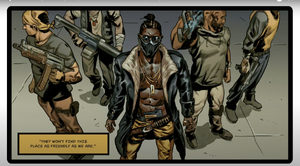 Rott and his henchmen at Panama. 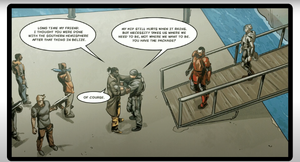 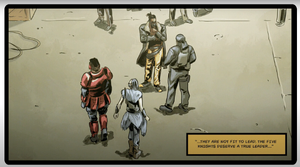 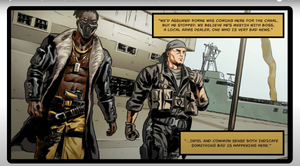 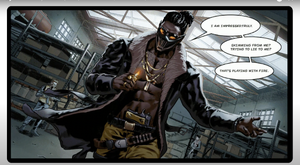 Rott preparing to burn a buyer tied to a chair. 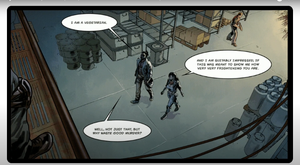 Rott having a conversation with Rosa. 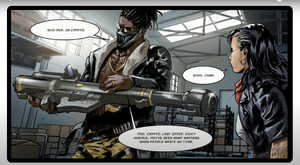 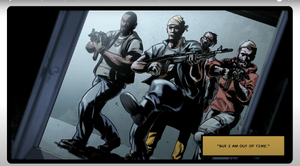 Rott and his henchmen ambush Rosa. 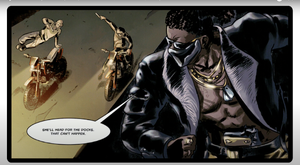 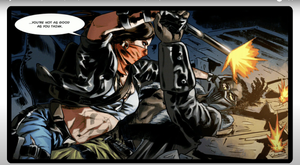 Rott attacking Rosa after realizing that she is a UAC operative. 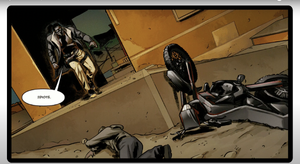 Rott sees his henchmen shot by Rosa before he takes a motorcycle. 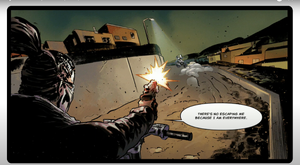 Rott chases Rosa on his motorcycle while drive by shooting. 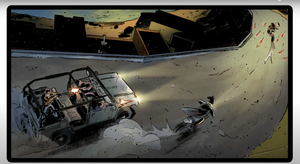 Rott and his henchmen tracking Rosa. 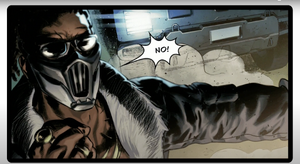 Rott finds out that Rosa exfiltrated to the UAC helicopter where Ghost is in it. 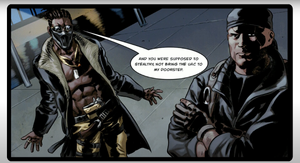 Rott discussing Rorke how to be stealthy. 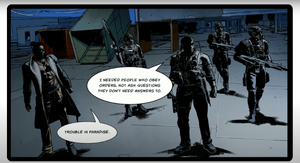 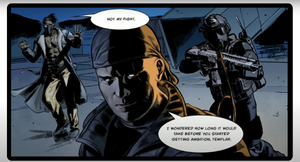 Rott escapes and tells Rorke it's not his fight.