Do whatever they want and destroy the Powerpuff Girls (failed)

The Rowdyruff Boys (named Brick, Boomer and Butch) are the male but wicked counterparts of The Powerpuff Girls created by Mojo Jojo and, after their death, they were resurrected by HIM. They are 3 to 5-year-old bullies, with powers stronger and better then the girls, but very easily targeted weaknesses.

Brick and Boomer were voiced by Rob Paulsen while Butch was voiced by Roger L. Jackson who also voiced by Mojo Jojo in the same series.

The boys are reckless, uncaring, mean, spoiled, loathsome and argumentative, so they have somewhat of an extreme personality of a stereotypical teen male. In their first appearance, they all have the same personality, but in their later appearances, they get separate personalities based on the Powerpuff Girls. Their personalities also become more sadistic and arrogant.

They are clearly stronger than the Powerpuff Girls, but have easier exploitable weaknesses that rather than being based on teamwork, like the Powerpuff girls, is based on boyhood fears, such as embarrassment or "cooties".

In their first appearance, they blasted the girls to the ground, and then the latter three tried to leave in shame. Although the boys were too dangerous to be kept alive, Ms. Bellum advised the girls to "try being nice." They face the boys again, and, to their confusion, perform their flirtatious eyelash gag, giving the boys the kiss of death. Eventually, they exploded when the Powerpuff Girls kissed them, resulting in "cooties."

In their second appearance, they shrunk whenever embarrassed. They continue to return in the series. Ironically, they never appear in any of the series' special episodes, and were never shown teaming up with other villains to take down the Powerpuff Girls in said specials.

Brick, nicknamed the King of Crushing, is the redheaded leader of the Rowdyruff Boys. He has a red hat and is the bossy, stuck up member of the team, as well as the brainiest out of all the Rowdyruff Boys, all of which is similar to Blossom, the leader of the Powerpuff Girls. Violent and cocky, his hatred for Blossom is what spurs Brick on throughout the show. In his 1st fight with Blossom, he mocked her repeatedly, calling her a sissy and expecting her to cry in pain when she gets hit.

Boomer, nicknamed the Dumber Than The Dumbest, is the dumb blonde and big mouth of the team, similar to Bubbles, his counterpart. He is the blue one. He is the dummy of the team and is always picked on by others, especially his brothers. His official special power is lightning control. Like his brothers, he is also sly and cool.

Butch, nicknamed the Baron of Berserk, is a black-haired tough boy and sociopath. He is reckless and enjoys fighting more than anything else, like Buttercup. While all three boys love to cause havoc, Butch seems to enjoy it the most. Often, he'll be itching just to get out and do anything destructive. Butch seems to be a version of Buttercup that had all her battlelust and none of her conscience. He has a tendency to twitch when he gets particularly excited.

After the Rowdyruff Boys' final appearance in the episode "Custody Battle", it is unknown what happened to them afterwards. It could be possible that they were simply defeated by the Powerpuffs off-screen or they just left Townsville, and forgot all about destroying the girls, and never returned. However, it is highly unlikely that the girls would've defeated them because, in all of the boys' battle encounters with the girls, the girls were unable to defeat them. Plus the boys wouldn't likely rest until the girls are destroyed for good. The girls relied on other methods to "beat" them such as in "The Rowdyruff Boys", when the girls flirted with them and kissed them on the cheek which destroyed the boys. Or in "Boy Toys" when the girls used Princess' plane, boat, and tank and the boys' natural love of violence against them, which resulted in the boys playing with and destroying Princess' mobile weapons. The boys had so much fun that they laughed to the point where they could not move anymore and so the girls had used their knowledge of the boys to "defeat them".

In "The Boys Are Back In Town", the girls embarrassed them and threatened their masculinity which caused HIM to angrily come and fetch them. In all of these fights, the boys were never actually defeated by the girls. The flashback from "The City of Clipsville" is considered non-canon, as Buttercup pointed out how dumb the flashback was and how it turned out. It should also be noted that in all of their fights against the girls, they were never exhausted or worn out. However, it is possible that the girls found a way to defeat the boys for good if another episode was made, since they didn't appear in the specials or the series finale. This could mean the Rowdyruff Boys were killed for good off-screen by the girls if the original series continued. 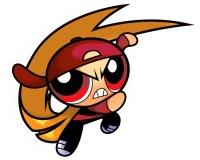 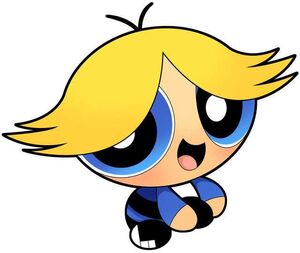 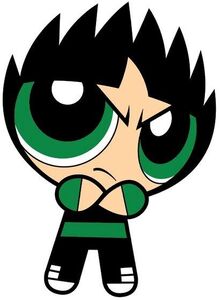 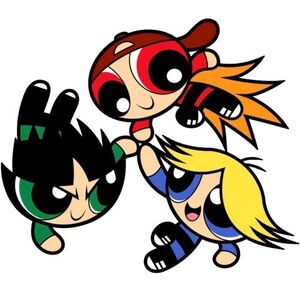 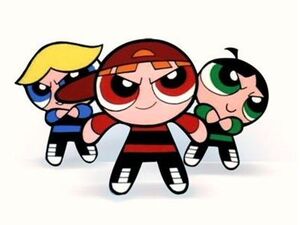 The boys' own "Day is Saved" bit 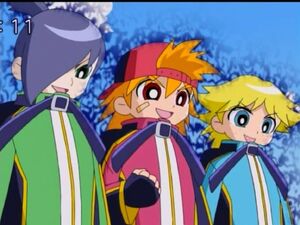 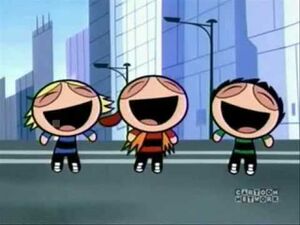 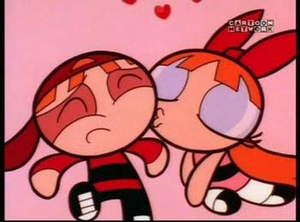 Brick being kissed by Blossom 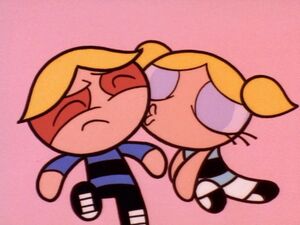 Boomer being kissed by Bubbles 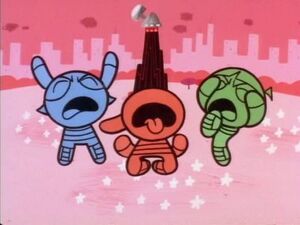 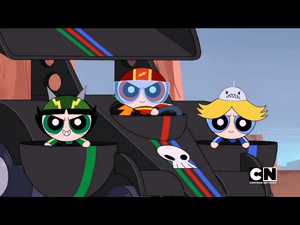 Retrieved from "https://villains.fandom.com/wiki/Rowdyruff_Boys?oldid=3489748"
Community content is available under CC-BY-SA unless otherwise noted.