To seduce Ed into telling her the ingredients of his secret sauce (failed).

Roxanne is a major antagonist in the 1997 Nickelodeon comedy film Good Burger.

Roxanne is a woman in her mid-20s with long brunette hair and blue eyes who is either employed or, at least, kept on retainer by the fast food giant, Mondo Burger. Her boss is the arrogant Mondo Burger manager Kurt Bozwell. She is recalled in situations where Mondo Burger must undermine a potential rival; this might include obtaining inside information about the rival and Mondo Burger subsequently using it to damage them. Roxanne's primary approach is to use her physical attributes and feminine wiles to persuade male employees from the rival fast food chain to disclose sensitive information about the company. She is even willing to perform sexual favours if it means accomplishing her objective.

She was portrayed by Carmen Electra, who later played Chloe Blackburn in Monk and Miss Uecker in Reno 911!.

Roxanne was asked by Kurt to seduce Ed in revealing the recipe for his secret sauce that was helping their rival Good Burger stay in business, possibly promising her a large sum of money.

So the next day, Roxanne saunters through the entrance of Good Burger.  All eyes turn to stare and about a dozen jaws hit the floor. She wears a tight red minidress and acts in an extremely flirtatious manner. Introducing herself to Ed, she asks him if he would like to go on a date tomorrow night. Ever the innocent, Ed accepts. After Roxanne leaves, Ed helps set up Dexter on a date with their pretty co-worker Monique.

The two couples meet for a double-date at a miniature golf course and restaurant. Before playing their round, they order corn dogs and sit at a table. Dexter politely pulls out a chair for Monique to sit on. Ed does the same, but pulls it out too far, resulting in Roxanne landing hard on the floor. Ed apologizes and asks her if her butt is okay. Roxanne embarrassingly answers "It's fine, thank you", and picks herself up. Ed then proclaims it to everyone in the restaurant which embarrasses her even more.

As the meal progresses, Roxanne mentions that Ed's sauce would go great on their corn dogs.  Dexter can already sense trouble. Staring deep into his eyes, Roxanne tells Ed "I just love your sauce. How do you make it? I'm dying to know". Before Ed can get through the recipe, Dexter kicks Roxanne under the table instead of Ed by mistake, trying to remind him that his recipe must be kept a secret. Just as they are about to head off for mini-golf, Roxanne coyly asks if Ed would rather them go somewhere and be alone. Running her hands up his chest, she says "We can talk and maybe get to know each other a little better ... now doesn't that sound like more fun than miniature golf?"  Too dim to understand her flirtations, Ed shouts "No!" and drags her off to the first hole.  Moments later, as Ed goes to take his shot, he smacks Roxanne in the mouth on the backswing;  the ball ricochets off the obstacles, flies backward, and hits her square on the forehead. She falls face-first to the ground, unconscious.

Later, Ed drives the group back to Good Burger.  Roxanne is still out cold in the passenger seat.  As he slams on the breaks, Roxanne falls forward and her head bounces off the dashboard making the lump on her forehead even bigger. Dexter takes Monique for a walk and Roxanne is finally able to get Ed by himself. Pushing him against his car, she says: "Ed - tell me how you make your sauce - and I'll give you anything you want!" Still clueless, Ed responds "Whatcha got?" As she goes to plant a kiss on him after saying "For starters, how about this?", Ed, thinking she is attacking him, judo flips her over his shoulder and onto the pavement. Ed apologizes, but Roxanne just stares up blankly, possibly paralyzed.

The next day, as Kurt and the asst. managers Troy and Griffin go about business, a bruised and battered Roxanne stumbles through the kitchen. She is equipped with a neck-brace, an arm-cast, crutches, and a band-aid for her forehead. Gritting her teeth, Roxanne yells "I QUIT!" before losing her balance and toppling to the floor.

Griffin turns to Kurt and says "I'm guessing she didn't get the sauce recipe." Kurt then snaps back: "I'm aware." It is also unknown what had happened to Roxanne afterwards. However, it is unlikely that she had been arrested along with Kurt, Troy, and Griffin, most likely because she wasn't involved in any crimes that they had committed. 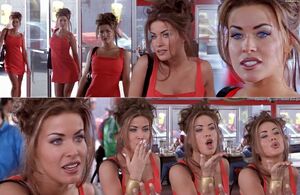 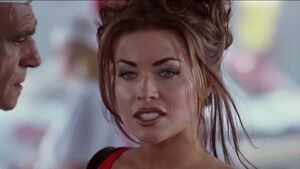 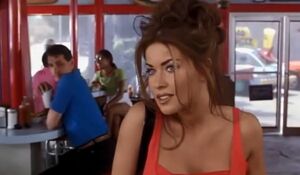 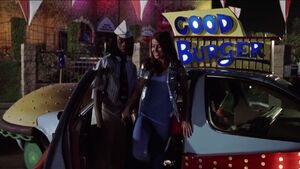 Roxanne on her double-date with Ed, Dexter and Monique. 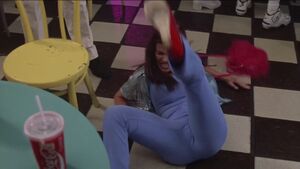 Roxanne hitting the floor hard after Ed attempts to be chivalrous with her chair. 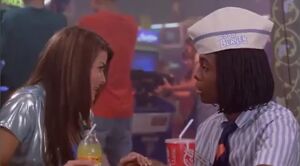 "I just love your sauce, how do you make it?" 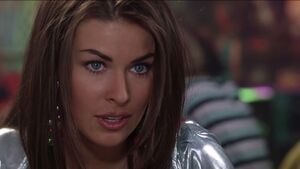 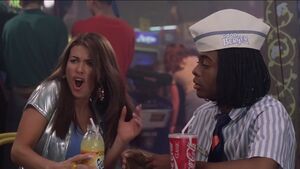 Roxanne exclaiming in pain after Dexter accidentally kicks her under the table when he tries to prevent Ed from revealing the sauce recipe. 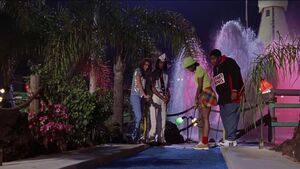 Roxanne playing Miniature Golf with the others. 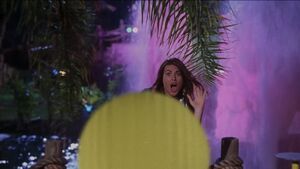 Roxanne about to be hit by Ed's stray golf ball 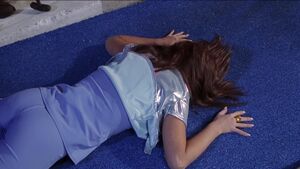 Roxanne knocked out by the golf ball 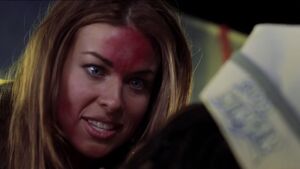 When they are alone, Roxanne tries to seduce Ed one last time, but fails. 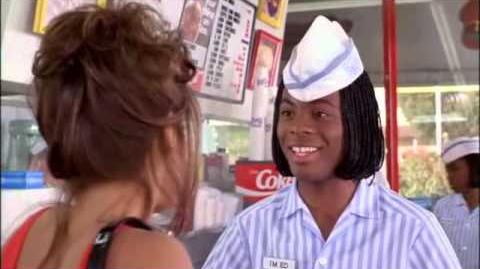 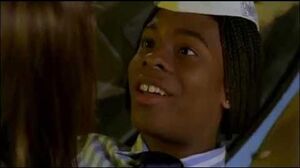