Create a world energy monopoly via eradicating any private or governmental competition.

Roxxon Energy Corporation (often shorted to Roxxon), formerly known as Roxxon Oil Company, is a massive petroleum industrial corporation that appears as a villainous faction in the Marvel Comics.

Founded by Alexander Lukin and Hugh Jones, Roxxon's purpose was to create a world energy monopoly via eradicating any private or governmental competition: by default, this made Roxxon a type of terrorist group as well since they were willing to take on entire governments in order to pursue their dreams of world domination.

Their actions has put them into conflict with various superheroes.

Roxxon exists in the Amalgam universe and is similar to the main Roxxon.

Roxxon is still going strong in the alternate future of 2099 and is one of the major corporations.

Roxxon exists in the Transformers 120185 reality. Professor Peter Anthony Morris was working for them in Oregon where he came up with the theory that the Transformers were controlled by oil tycoon G.B. Blackrock. He accidentally kills a Roxxon security guard. 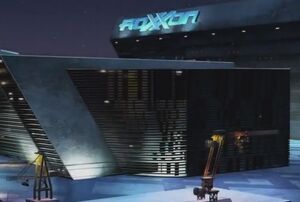 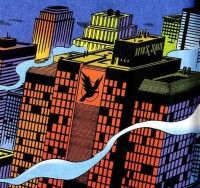 Retrieved from "https://villains.fandom.com/wiki/Roxxon_Energy_Corporation?oldid=4274553"
Community content is available under CC-BY-SA unless otherwise noted.