Do Androids Dream of Electric Sheep?

Leader of a rogue Nexus-6 group

Roy Batty is the main antagonist of the Philip K. Dick science fiction novel Do Androids Dream Of Electric Sheep? and Ridley Scott's 1982 dark sci-fi thriller film Blade Runner which was based on the novel. He is a replicant (androids identical to human beings made by Tyrell Corporation to work on off-world colonies as slave labor and soldiers) from the recently made Nexus 6 generation. He belongs to a group of six replicants which rebelled on an off-world colony and took over a spaceship after killing its passengers; he, along with Leon, Pris and Zhora, are the only survivors.

Due to an incident prior to the movie and the book, replicants were banned on Earth; any replicant that trespassed on Earth would be summarily executed. A special police unit, known as Blade Runners, took orders to discover and destroy them. Since replicants are not considered humans, this was not called killing; it was called "retiring".

In the film, he was portrayed by the late Rutger Hauer, who also played Cardinal Roark in Sin City, Kurt Barlow in the 2004 Salem's Lot TV series, Lothos in Buffy the Vampire Slayer, Wulfgar in Nighthawks, Master Xehanort in Kingdom Hearts III, John Ryder in The Hitcher, the Huntsman in The 10th Kingdom, and Morgan Edge in Smallville.

Roy has a mental level A and a physical level A, which means he is both extremely intelligent and physically strong; hence he is considered the leader of his group, which has come back to Earth to find its creator, Dr. Tyrell, and ask him for more life (in order to prevent them from developing their own emotional responses, replicants were given lifespans of only 4 years as a form of fail-safe).

To do this, he interrogates a eye manufacturer called Chew to extract information from him, and presumably leaves him to die, but not before informing Roy that a Tyrell employee, J.F. Sebastian, may be able to gain Roy access.

After that, he finds his lover Pris, who is with her savior: Sebastian. Roy gently coerces Sebastian to use his connection to Tyrell to arrange a personal meeting, which Sebastian reluctantly agrees and lead Roy to Dr. Tyrell at his pyramidal home.

However, when the doctor says he cannot fulfill this request as artificial beings like Roy are incapable of any alterations like extending their lifespans, and tells Roy to enjoy his life as he has done things that normal people could only dream of doing, a despondent Roy kills Tyrell by pushing his eyeballs into his skull. Roy later apologetically kills Sebastian off-screen after the latter witnessed the doctor's demise in horror.

Final Showdown with Deckard and Death

During his encounter with agent Rick Deckard (who is a Blade Runner), Roy breaks two fingers on Deckard's right hand to avenge the deaths of two of his female comrades at the agent's hands, making it difficult for Deckard to use his gun. He realizes that his time is short when his left hand begins to close; in order to keep it open he forces a large nail through it, and then starts a cat-and-mouse game with his enemy, which leads to an epic rooftop chase. But when it seems that all is lost for the agent, Roy—facing his fate—saves Deckard from falling to his death, and after a brief but eloquent farewell speech, he calmly passes away, with Rick Deckard watching and feeling sorry for him.

"Quite an experience to live in fear isn't it? That's what is is to be a slave" 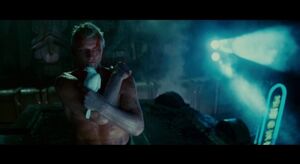 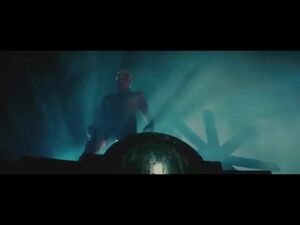 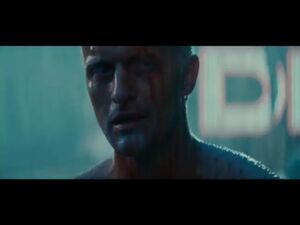 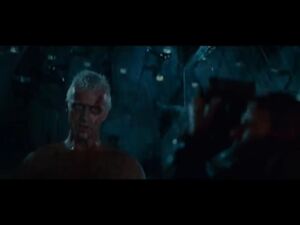 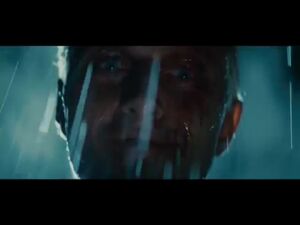