Though the original copy was unreadable due to it age and opening the book would surely have lead to disintegration, to say nothing of not having a translator the Royal Medical Society had a plan to exploit the information within it anyway. In the manga the Royal Medical Society's master plan was ultimately to blackmail Koudelka, a witch and channeler into using the book as a template to bring forth the spirit of the Author a demonic Druidic totem that "gifted" the Formor Druids with the knowledge of manipulating death. By the end of the manga most of the employees of the Royal Medical Society are scared off by the level of power they were tampering with. Though Lord Leslie and Dogol were far more stubborn in conducting their experiments even when the fate of the world was put at stake. With most of the other members scared off by Koudelka and Roger Bacon once Dogol was killed and Lord Leslie became grief stricken at seeing his daughter brought back to life the Royal Medical Society was effectively retired. 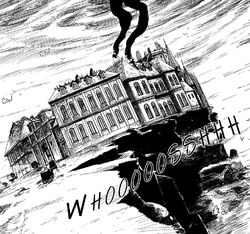 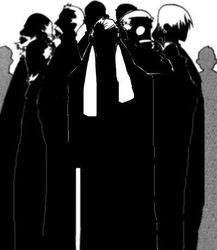 Retrieved from "https://villains.fandom.com/wiki/Royal_Medical_Society?oldid=581753"
Community content is available under CC-BY-SA unless otherwise noted.