Member of the Black Organization

To serve the Black Organization and destroy anyone who gets in their way.

Aiding the Black Organization in their criminal activities

Rum is a high-ranking member of the Black Organization and the secondary antagonist in the Detective Conan series.

The only known information about Rum is that this person is the Boss's most trusted minion. In addition, Rum is half-blinded and has a false eye. Other informations, including his/her physical appearances, gender, age and so on, are all currently enigmatic.

Rum was first mentioned by Kir from her message, appearing in File 898 in manga, and then the unseen criminal was only mentioned throughout the whole series (both manga and anime), though he might appear in some part of the story in a disguise.

In the 2016 movie, The Darkest Nightmare, which is the 20th feature film of the series, a mysterious girl who lost her memory was suspected to be Rum or connected with the whole consparicy, due to the color of her eyes are different. However, she is revealed to Curaçao, a spy working for the BO and a minion of Rum, while the real Rum merely makes a voice-only cameo appearance. The movie marks the very first time Rum was referred in Detective Conan cinematic films.

The possible identity of Rum is proabably associated with a woman only known as Asaka (浅香), who is a mysterious person from 17 years ago. Conan believes that she is the killer of Kohji Haneda and potentially the Black Organization member Rum. Asaka approached the Black Organization target Amanda Hughes to be her bodyguard. Amanda and Kohji were later found dead in their American hotel rooms under mysterious circumstances; Kohji was apparently killed by APTX 4869 or something like it. Asaka then vanished without a trace. Not much else is known about the person.

Asaka's gender is uncertain. Gaito Hotta learned that someone witnessed Asaka holding a small hand mirror, and he guessed Asaka's gender is female; however, his reliability is questionable and perhaps influenced by the fact that the bodyguard was in possession of a women's accessory. Currently, Conan suspects that Asaka is a strong female bodyguard rather than a male based on Gotta Haito's testimony.

In addition, Conan suspects that Asaka may be Rum after examining Kohji Haneda's broken handmirror shown in a picture on the case website. Kohji's broken hand mirror only had the letters PTON. The missing letters "U MASCARA" can be arranged to make the phrase "ASACA RUM". If this message means "Asaka is Rum" or something else is currently unclear, but not only did Okiya and Conan both arrived at that solution, the Black Organization has proven itself to be paranoid about anything related to the name ASACA spelled with a C and 17 years ago.

Bourbon was sent to investigate a song titled "Asaca" written by Rokumichi Hado who took a hiatus 17 years ago. The song and the title turned out to be entirely to be unrelated to Haneda Kohji's case or the Black Organization.

Not much known about Rum's physical appearance other than his/her false eye, and not even Sherry/Ai could tell since she barely know him/her. People known Rum as a "man who looked like a woman", but it may refers to a tomboyish woman. Ai described Rum had many possible physical appearances, including a strong male, an elderly man or a male looked like female, but she was not sure if they are the same person (Rum) or just Rum's copycats since there are rumors like so. 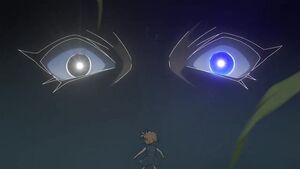 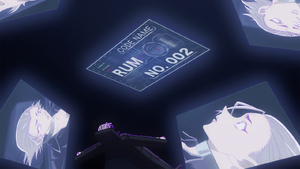 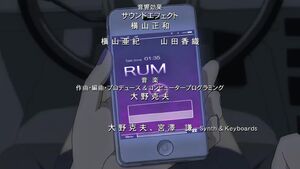 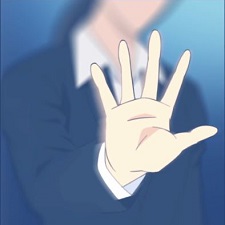 Photo of "Asaka", the main suspect of Rum
Add a photo to this gallery

According Gosho Aoyama, the author, there are three primary suspects of Rum, which are:

Kansuke Yamato was originally a fan-speculated suspect of being Rum, due to being half-blind. However, after the official confirmation of the three suspects, Kansuke Yamato is no longer a suspect.

Retrieved from "https://villains.fandom.com/wiki/Rum?oldid=3860050"
Community content is available under CC-BY-SA unless otherwise noted.