Youkai of the Dusk, Youkai Hiding in the Darkness, Youkai of Twilight, Lumia, EX Rumia

"Attacking humans is a youkai's job."

Rumia is a youkai from Touhou Project that can manipulate the darkness; but judging from what she says about her in her first appearance, Embodiment of Scarlet Devil, she is only powerful enough to make it seem like late evening. Apparently she is quite simple-minded, but isn't featured in enough conversations for details about her personality to be revealed. Rumia's hair ribbon is actually an amulet. She can't touch it, so she can't take it off.

In the events of Embodiment of Scarlet Devil, she's attacked by the heroines for no reason (probably just as a general warm up) and has nothing to do with the main story.

According to comments about her in the Bunbunmaru Newspaper and in Perfect Memento it seems that she's constantly surrounded by a mass/blob of darkness at all times except during the new moon and so is rarely actually seen in person. Despite her innocent appearance, she eats humans.

Red eyes, short blond hair. Wears a black vest and skirt, and white blouse. A small red amulet is tied to the left side of her hair, making it look like a ribbon. 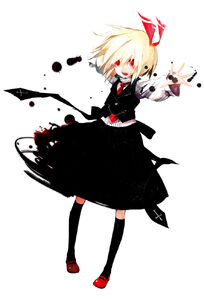 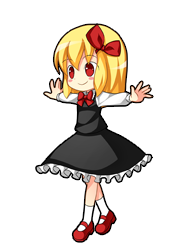 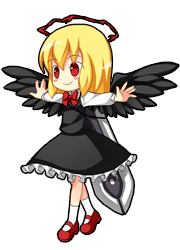 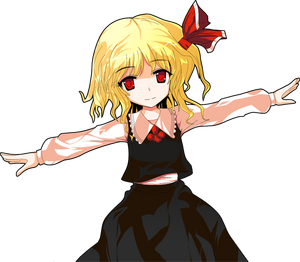 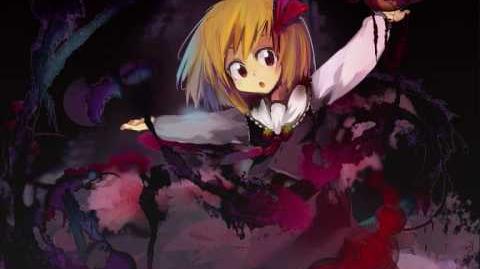 EoSD Stage 1 - A Soul as Red as a Ground Cherry 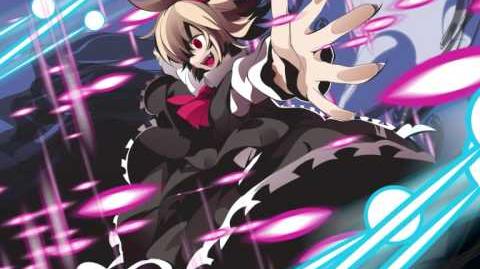 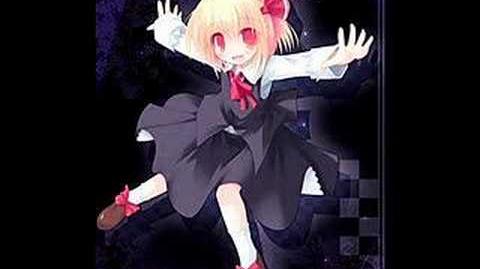 EX妖魔疾走【百鬼夜行の大行進】
Add a photo to this gallery

Coming closer, Fukashi and Yōko waved their hands, then Moe Nishinosono
spread her hands next to her face.
This wasn't the gesture of Man adopting the decimal system.

Retrieved from "https://villains.fandom.com/wiki/Rumia?oldid=3469215"
Community content is available under CC-BY-SA unless otherwise noted.