Satanic Dark Lord
Rushu is the main antagonist until the middle of the second season from the animated French series Wakfu (for which Qilby takes the role of main antagonist completely). He is the tyrannical king of the demons and the Fab'hugruta realm. He has always aspired to enter the pantheon of gods. He accuses Sacrier of having taken his place. It was he who pushed the arrival of Djaul as protector of Desiember, and the creation of this month.

In episode 36, Rubilax will be captured by Anathar who will take him back to Rushu's world. Things will go sour for poor Rubilax because Rushu intends to set an example by publicly executing it. Fortunately, Tristepin and Yugo came to his rescue along with Remington who followed them to save his brother Grany who was trained with Rubilaxlike this and especially to leave the merit of his project to someone else. When Rushu sees Grany, we discover with astonishment that he has a panic fear of Meow-Meows (cat). This funny will allow Rubilax to pull himself together and ask for the Rushu, that is, die in the arena fighting a horde of Pyrashus.
The fight is uneven, but thanks to a happy combination of circumstances, they will manage to flee and return to their world to the great despair of Rushu.

So when Qilby offers him help to return to the World of Twelve, Rushu does not hesitate a second, when he reaches the Purple Claw archipelago, his dream is finally fulfilled. He therefore proposes to him to open a dimensional portal between the world of Shushus and that of the humans in exchange of which Rushu promises to help him to fight Phaéris. Once again leading his army through a portal, the lord of the Shustuft Crust finds himself confronted by Goultard for the second time. This time, the demi-god is in full control of himself, but even more unexpected is the fact that he has taken over the role of Iop god. 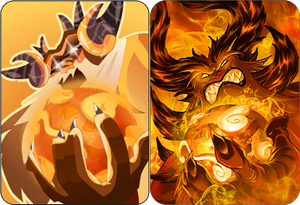 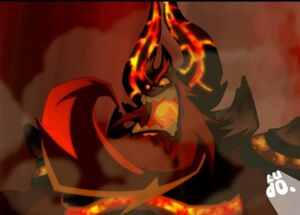 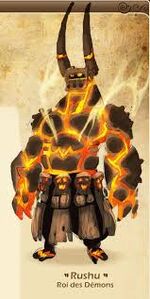 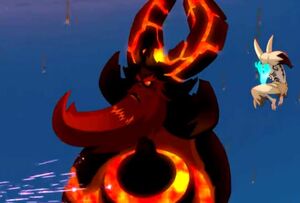 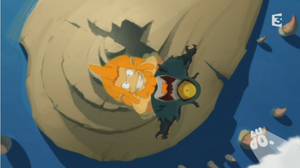 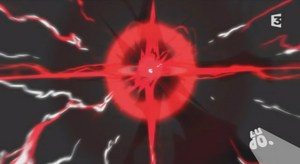 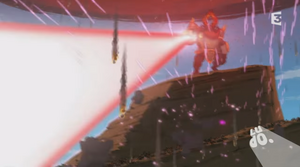 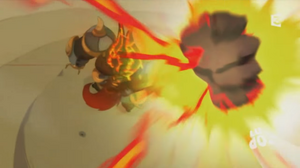 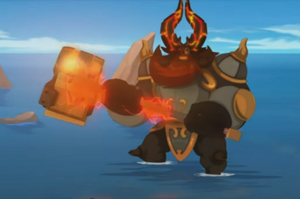 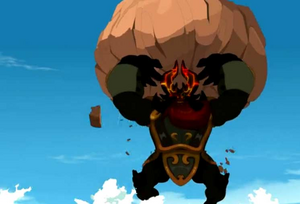 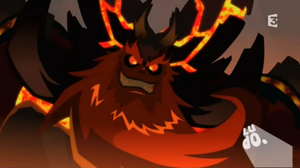 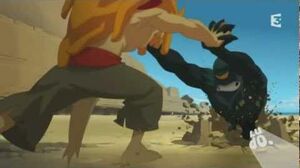 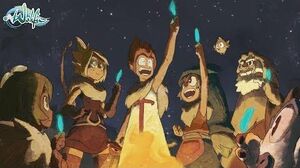 Retrieved from "https://villains.fandom.com/wiki/Rushu?oldid=2701638"
Community content is available under CC-BY-SA unless otherwise noted.