Torture and kill all of his victims whom he feels are against justice. (mostly succeeded)
Get away with his crimes. (ultimately succeeded)

Rusty Nail is the main antagonist of the Joy Ride film series. He is a psychotic and murderously unknown truck driver who hunts down and kills his victims.

He was voiced by Ted Levine (who also portrayed Buffalo Bill in Silence of the Lambs, Karkull in Superman: The Animated Series, General Russell Woodman in Evolution, Bloodbath McGrath in Wild Wild West, and Ken Wheatley in Jurassic World: Fallen Kingdom) and physically portrayed by Matthew Kimbrough in Joy Ride, Mark Gibbon in Joy Ride 2: Dead Ahead, and Ken Kirzinger in Joy Ride 3: Roadkill.

Not much is known about Rusty Nail. But what is known about him is that he is a homicidal lunatic, he has an extremely aggressive temper, and all who cross his path are completely at his mercy. One thing known about him is that he owns a farmhouse out in the country where he lives when he is not on long haul trucking jobs (the barn attached to it is where he enjoys torturing his victims). Another thing known about Rusty is that he has at least above-average physical strength (especially considering that he does not seem to have a very burly build), shown by the fact that he is able to tear a man's jaw off with one hand.

He punishes those who he sees as committing some form of injustice (especially when he himself is the victim of it, though he has punished those who have wronged others besides himself, as well), whether it is pulling a prank on him, taking one of his cars, or refusing a request. He has some quite nasty psychological mind games that create a bridge for gory, life-and-death situations that are very rarely escaped by his victims.

His face is hardly ever shown, but he would normally talk to his soon-to-be victims through the CB radio. In Joy Ride 3, his full appearance is finally shown throughout. Throughout the three movies, the make and model of his truck remain the same, a black Peterbilt 359EXHD. However, the year of the truck is different. In the first movie, it is a 1985 Peterbilt 359EXHD. In Dead Ahead, it is a 1984, and in Road Kill, it is a 1976. At the end of the movies, his truck gets destroyed, and he possibly steals another Peterbilt truck.

From his initial appearance in Joy Ride, Rusty Nail appeared as a normal drunk driver until Lewis after being urged by his older brother Fuller, pretended to be a blonde women named Candy Cane in an attempt to entice and prank Rusty Nail, which worked. This progressed to where after being once again urged by Fuller, invited the trucker to a room belonging to a businessman who was rude to him and racist to the hotel manager, where Rusty brutally attacked and ripped off his lower jaw in unjust vengeance.

He proceeded to then hunt down Lewis and Fuller who pranked him somehow figuring out the two were brothers, desiring revenge against them at the cost of killing whoever was in his path, in addition to an innocent ice truck driver who returned Lewis' wallet, kidnapped Charlotte, then Venna who he strapped to a chair with a shotgun rigged to shot her if the door to the hotel room was opened. All of which displays Rusty being a sadistic and callous Injustice Collector who will go through any length in an attempt to right whatever wrong he believed was done to him at the expense of other's lives.

Rusty is also a notable hypocrite, quoting two wrongs don't make a right, but has committed an assortment of far harsher and terrible acts against multiple people over the littlest of things against him.

Despite being a normal man, he has shown above-average physical abilities to the point of him being nigh-superhuman, which was proven as he was able to rip off men's jaws on several occasions and survived his truck falling off a cliff and exploding with what appeared to be burns on his arms. He is able to also talk his targets without either of them being aware of his presence, sneaking a severed finger inside a car's compartment, while all three occupants weren't that far from the car.

Rusty is rather intelligent, being able to find out information about the targets of his revenge that a normal person shouldn't such as Lewis and Fuller being brothers, Venna's best friend, Charlotte. 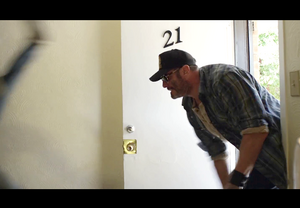 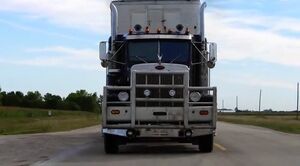 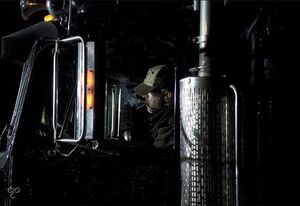 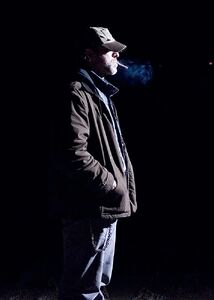