The Wife of the Prince of Darkness

Ruvé Darhk is the wife of Damien Darhk and one of the two secondary antagonists (alongside Andrew Diggle) in the 4th season of Arrow.

As a member of H.I.V.E., Ruvé joins the mayoral campaign and eventually becomes mayor after blackmailing Oliver Queen to step down. As mayor, Darhk has the D.A. produce arrest warrants for the Green Arrow and the rest of his team.

She is portrayed by Janet Kidder.

She is targeted by Lonnie Machin, who wants revenge on Damien for betraying him. Machin arrives at her home, capturing both Ruvé and her daughter and strapping them to chairs. Claiming that none of this is their fault, Machin tells them that he will hurt them nontheless as punishment for Damien. Machin prepares to injure them with his flamethrower but is stopped by the Green Arrow and his team, who attack Machin. While Machin is occupied fighting the Arrow and Thea, Laurel and Diggle cut free Ruvé and their daughter and bring them to safety. However, at the police precinct they claim that they are not the family of Darhk and prove that by showing fake ID's.

Later that night, Darhk and his family sit in a car bringing them to their new safehouse. As their daughter is asleep, Ruvé and Damien talk about the events of the day. Ruvé asks about the man that attacked them and Damien promises that he will never bother them again. Ruvé then criticizes Damien for leaving the Green Arrow alive. Damien claims that it would be bad sport to kill the Green Arrow after he had saved his family, but Ruvé tells him that with Project Genesis there is too much at stake to play games. Damien then asks his wife if she remembers what he promised her, and she answers that he promised her a new beginning. Damien says that she will have it once they've brought the world to it's end.

After the event Ruvé candidates for mayorship, thereby becoming Oliver's only opponent. When Oliver is told, he immediately recognizes her as Darhk's wife. Later that night, wearing his Green Arrow costume, he visits her at her campaign office, telling her that he wants a meeting with Darhk. Ruvé tells him that he wouldn't survive another meeting with her husband, but Oliver tells her that he doesn't want to fight and has a proposition. He gives Ruvé date and time of the meeting and leaves her.

When a debate is due between the two mayoral candidates, Ruvé and Oliver meet at the place where the debate will be held, both accompanied by their teams. Ruvé introduces herself to Oliver and Oliver, claiming that he's curious, asks whether Adams is her maiden name. Ruvé tells him that she is not married. After a short rhetorical duel, both return to their teams, with Ruvé claiming that she looks forward to their debate.

After Ruvé leaves the building Team Arrow follows her, hoping that she leads them to Darhk. However, Oliver eventually loses her, When he stops his motorcycle under a bridge to inform his team, Ruvé appears behind him, claiming that Damien doesn't like when someone stalks his wife. H.I.V.E. soldiers then appear and open fire at Oliver who, aided by his team, manages to defeat them. However, after the battle they realise that Ruvé is gone. As this is the sixth time she has evaded them, Oliver decides that following her won't lead them to Darhk.

Having safely arrived at the headquarter, Ruvé then participates in a conference of the H.I.V.E. leaders. When one member argues that the entire fifth phase of Operation Genesis now relies on Ruvé's questionable political acumen, Darhk kills him. The conference then continues as if nothing has happened.

When Team Arrow finds out that H.I.V.E. plans for the Demolition Team to destroy the building during the debate in order to make Ruvé the only survivor and therefor gaining sympathies for the candidature, Thea activates the fire alarm in order to evacuate the civilians. When the alarm sounds, Ruvé evacuates with the rest of the civilians but calls the Demolition Team, ordering them to not let Oliver Queen leave the building alive. After the Demolition Team has been defeated and arrested, the debate starts as planned. While shaking Ruvé's hand on stage, Oliver comments that he applause from the crowd could almost bring the house down. Ruvé eventually loses the debate due to her lack of political shrewdness.

However in the episode "Taken", Oliver is forced into suspending his mayoral campaign and fully endorsing Ruvé by Damien Darhk, who is holding Oliver's son, William, captive. She later tries to employ Oliver's campaign manager Alex. To save him from Ruvé's influence, Thea meets with Felicity to secure him a job at Palmer Tech. Unfortunately, the same day Brie Larvan attacks Palmer Tech and Alex starts working for Ruvé.

Without an opposing candidate, Ruvé is elected mayor. After her acceptance speech, Ruvé briefly talks with Oliver and Laurel, congratulating the latter on how she handled Damien Darhk's case but offers her a job as D.A., secretly hoping that Laurel would accept so that she couldn't attend Damien's trial.

After Damien has broken out of prison, killing Laurel on his way out, a guilt-ridden John Diggle attacks Ruvé's car while she is driven through the city. He shoots both of her guards with a tranquilizer gun and forces her to step out of the car. He then attempts to shoot her in the chest to deliver a message to Darhk, but Ruvé is saved by Oliver who shoots Diggle's gun out of his hands. While Oliver berates Diggle for losing control, Ruvé runs off. Ruvé later uses the attack on her life to blame the vigilante's for the death of Laurel Lance and to force the District Attourney to write arrest warrants of the Black Canary and the rest of the Green Arrow's team. Although she knows that Laurel and the Black Canary were the same person, a teenage girl and former subject to H.I.V.E.'s experience has assumed the mantle of the new Canary. Thus, Ruvé uses Laurel's name to attack the vigilante's.

Unbeknownst to Ruvé, the new Black Canary infiltrates a party Ruvé is hosting to get revenge on H.I.V.E. by killing her. Although Ruvé is warned by her security, she remains calm and refuses to leave, stating that the Black Canary should get the oppurtunity to get to her. Despite Oliver's attempts to intervene, the Canary crashes the party and holds Ruvé at gunpoint. However, Oliver gets through to her and talks her out of it. Black Canary flees the scene. Ruvé's new anti-vigilante task force arrives and Ruvé orders them to arrest the Green Arrow, but Oliver escapes from the room.

Once Darhk finds out that Lonnie Machin is still running amok in his survival bunker. Ruvé volunteers to deal with him and leaves for the bunker. She arrives there with her daughter and talks to Malcolm Merlyn before being told that Oliver and Diggle have arrived in the bunker as well. Ruvé then sends a broadcast to the people in the bunker, revealing to them that two intruders have infiltrated the bunker and need to be killed at all costs. Immediately after, she is captured by Machin. Machin hijacks the broadcast system which Darhk used to contact the Ark and reveals that he captured Ruvé as well as Darhk's daughter Nora. He threatens to kill someone in twenty minutes, not revealing whether it is Ruvé or Nora. When Oliver and Thea arrive, they shoot him in the leg with an arrow. Before they can attack him further, Machin reveals to them that the bunker is powered by a dwarf star alloid which is extremely instabile and that an astray shot could collapse the entire bunker. Indeed, a shot hits a nearby canister, causing massive explosions throughout the Ark. Before fleeing, Machin stabs Ruvé in the chest with the arrow from his leg. During the destruction of the bunker the fatally wounded Ruvé begs Oliver to save her daughter before dying, a request Oliver accepts and honors. 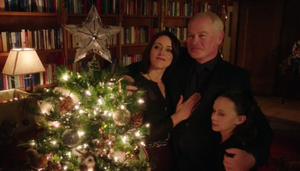 Ruvé celebrates Christmas with her family 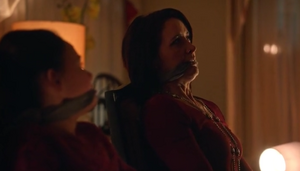 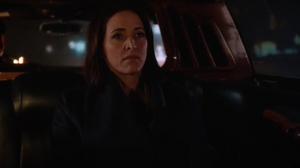 Ruvé and Damien talk about their plans 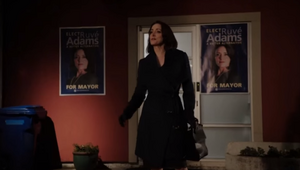 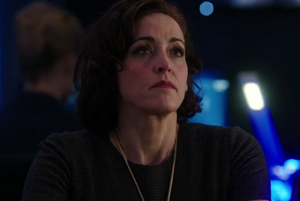 Ruvé at the H.I.V.E. conference 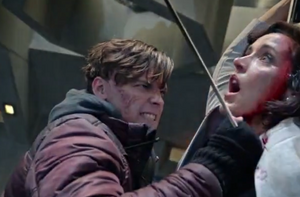 Ruvé is killed by Machin 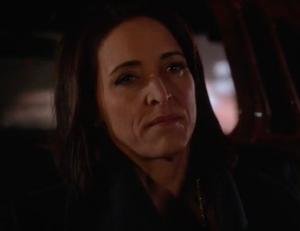