Member of the Blood Tribe

Astronaut (as Ryoka)
Governor of Hokuto

Consuming the energy of planets.

Destroy the Earth and consume its energy.

Brainwashing the citizens of Japan in the Build Annihilation Plan

Turning everyone in Japan against Kamen Riders

This unnamed member of Blood Tribe, known by her human guise of "Ryoka Saiga", is one of the two secondary antagonists of Kamen Rider Build: Be the One film. She is one of Evolt's cohorts who has the power to transform into the Scissors Lost Smash using the Scissors Lost Bottle that she received from Evolt.

She was originally one of the four Blood Tribe members involved with the destruction of life on Mars who were sealed within the Pandora's Box by the Martian Queen Vernage until the Pandora's Box was unearthed by a team of four astronauts from Earth, allowing this member of the Blood Tribe to possess the body of astronaut Ryoka Saiga and travel to Earth with her three comrades, who possessed the other members of the team.

After the Skywall Disaster divided Japan in three, Ryoka Saiga became an adviser to Touto's acting Prime Minister Gentoku Himuro, driving him to go to war with the other two divided regions so the Blood Tribe could manipulate the Japanese Civil War to their advantage.

After the unification of Japan, Ryoka Saiga became one of the new governors of the three regions alongside his fellow Blood Tribe members Kengo Ino and Mitsuomi Gohara. The three would then enact their own plan to destroy Earth in the stead of Evolt, who abandoned their cause of destroying it in order to pursue his own goals.

She was portrayed by ex-SK48 member Rena Matsui.

10 years ago, the real Ryoka Saiga was one of the four astronauts on the Mars Expedition alongside Soichi Isurugi, Kengo Ino and Mitsuomi Gohara. They discovered the Pandora Box and were possessed by Blood Tribe members after coming into contact with it. The Blood Tribe members came to Earth where they caused the Sky Wall Incident and secretly conspired to spark the Japan Civil War. During the rise of Faust, Ryoka Saiga served as an adviser to acting Touto Prime Minister, Gentoku Himuro. Ryoka was the one who advised Gentoku into starting a war with Hokuto, thus beginning the Japanese Civil War.

Kamen Rider Build: Be the One

The Japanese Civil War later ended when Evolt, in the identity of Seito's Prime Minister Masakuni Mido, used Seito to conquer Touto and Hokuto, unifying Japan under him. He then set up a new government and elected the other three members of the Blood Tribe as the new governors of a unified Japan in their assumed guises as the three former astronauts.

However, Evolt also abandoned the Blood Tribe's plan destroy the Earth to instead have more fun (though really it was to pursue his own secret plan of obtaining the power of warp travel via the Black Pandora Panel). Dissatisfied, the other three members of the Blood Tribe met with Evolt and said they would take the task to their own hands. Amused, Evolt tells them he would not interfere and offered them the Cobra Lost Bottle, Zebra Lost Bottle and Scissors Lost Bottle, though at the same time telling them he still had the upper hand since he had the Pandora Box's power.

After becoming governor, Ryoka and her cohorts began the Build Annihilation Plan, where they used a nationwide broadcast to brainwash every single human in Japan, including Misora Isurugi and Sawa Takigawa, into hunting down Sento and other Kamen Riders in a national manhunt.

In their final confrontation, the three governors faced off against Build and his allies while surrounded by civilians still under their control. While Build fights Kamen Rider Blood, Ryoka transformed into the Scissors Lost Smash to battle the other Kamen Riders. She was destroyed alongside the Zebra Lost Smash by Kamen Riders Rogue and Grease.

Later, after overseeing the Build Annihilation Plan to its end, Evolt decided to restart his destruction plan of Earth. He recovered the three Lost Bottles and mocked his three colleagues' demise, saying their fates were sealed the moment they decided to betray him. 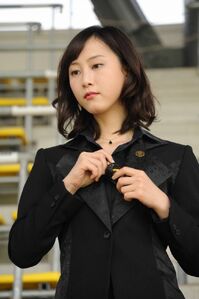 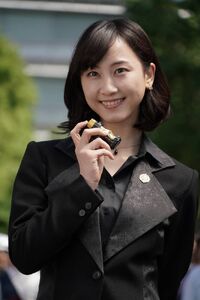 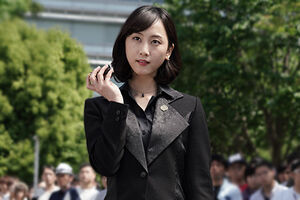 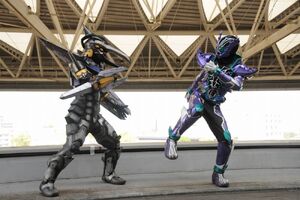 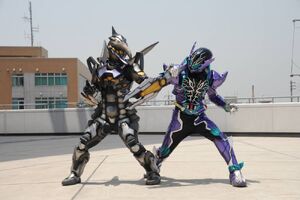 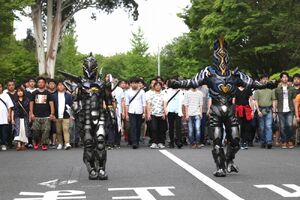