Ryuk is a Shinigami and the deuteragonist in the anime/manga series Death Note. He was the one who inadvertently gave Light Yagami the Death Note.

He is voiced by Nakamura Shido II in the Japanese version of the anime and Brian Drummond in the English version. In the upcoming live action film, he will be portrayed by Willem Dafoe, who also portrayed Green Goblin, John Geiger, Rat, Lord Cob, Nikolai Diavolo, Armando Barillo and Eric Masters.

The manga or anime begins with Ryuk and the other death gods in the Shinigami Realm. Ryuk was bored about the lack of activity as all the death gods are relaxing. So he decides to obtain a second Death Note by tricking the Shinigami King, write the instructions in English and drop it into the human world. The plot begins when Light Yagami found the Death Note in the midst of his school.

Five days later, Ryuk had a conversation with Light. The simple reason he gives about why he dropped the death note into the human world is that because he's bored. He tells the latter that since he was the one who founded the notebook, it belongs to him. If he doesn't need it anymore, he can pass it to anyone else. But when it is the time for Light to die, Ryuk will write his name down. Light then explains to Ryuk that he wishes to cleanse the world of evil criminals, and becomes the God of the new world. But Ryuk told Light that if he were to do that, the only bad person left will be Light, himself. Light ignores his comment, saying that he is plain serious about what he's doing. Ryuk then comments about humans being interesting.

The events of the show only gets to keep the death god entertained for six years. At the end of the manga, Light was revealed as Kira after his plan to kill everyone present in the warehouse was foiled. He was then shot 5 times by Touta Matsuda when he attempts to write Near's name down. Light then asks for Ryuk to write his enemies' names down. The police open fire on the death god, to no effect. It turns out that Ryuk was actually writing Light's name down. During Light's pleading, Ryuk reminds Light about what he said earlier that he would be the one who kill him, and that humans who used the Death Note will neither go to Heaven, or Hell, before returning to the Shinigami Realm. Light then dies of a heart attack from Ryuk's Death Note while laying on the floor in front of the SPK police officers.

In the anime, Light does not talk to Ryuk, but manages to escape from the warehouse, due to Teru Mikami's suicide. Light ran as fast as he could, but couldn't for long as his wounds were severe. Ryuk, watching from a distance as Light hides in another warehouse, comments that Light had lost. He doesn't want to wait around long during Light's prison term, so he writes the latter's name down, just as he promised in the beginning. 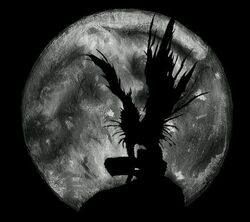 CGI Ryuk with Light Yagami in the live action movies.
Add a photo to this gallery 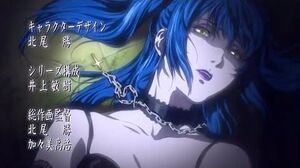 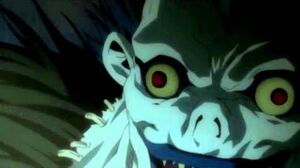 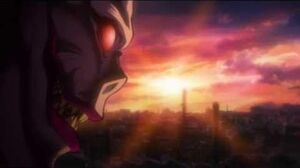 End of Death Note Ryuk's final speech and Light's death.
Add a photo to this gallery
Retrieved from "https://villains.fandom.com/wiki/Ryuk?oldid=2196867"
Community content is available under CC-BY-SA unless otherwise noted.