Pass the Death Note to a new owner.

Ryuk is the secondary antagonist of the 2017 Netflix original film Death Note, which is very loosely based on the anime and manga series of the same name by Tsugumi Ohba and Takeshi Obata. He is a Shinigami death god who seeks to deliver the Death Note to a new owner, then stay to watch what happens. As opposed to his original incarnation, which served more as comic relief, this version is much more sadistic and takes pleasure in the death and mayhem he causes.

Ryuk is first seen encountering Light Turner (the movie adaptation of Light Yagami) after the latter found the Death Note and later gets him to write down the Kenny Doyle's name into it causing him to be decapitated by the ladder on a truck. Ryuk later appears when telling Light more about the Death Note in his room, telling him not to be concerned with the Note's rules when he finds warnings about trusting the Shinigami.

Afterwards, Ryuk is seen in various other scenes floating around in the background, usually commenting on Light and Mia Sutton's attacks being reported on the news and later on how he likes Mia's way of thinking. After several FBI agents commit suicide under the influence of the Death Note, Light accuses Ryuk of killing them, and he, while eating several apples, does not confirm of deny what he did. Once Light threatens to wright his name in the Death Note, Ryuk mocks him by stating that his name has four letters and the most that anyone had ever gotten to was two.

When L suffers a mental breakdown and gets the police to search Light's house after discovering that the latter was committing the murders, knowing they will find the Death Note, Ryuk mockingly laughs, stating that, when he finds the Note a new owner, Light Turner will be the first name he recommends. However, the Death Note was actually safely taken by Mia to ensure this didn't happen.

During the film's climax while Light and Mia were on the Ferris wheel Light begs Mia not to take the note which she promises not to, however Mia takes it from him anyway, much to his dismay since he had written her name in should she have taken it, with both Mia and Light's name in the note Ryuk proceeds to tear apart the Ferris wheel in order to kill them both, Light attempts to save Mia and himself from the fall however they both fall with Mia ripping out his page to save his life. Light then lands safely in the river while Mia lands on a flower stand and dies instantly. Light was put into a coma and the Death Note was retrieved, upon being discovered Light explains mostly everything to his father whilst L breaks into Light's house and discovers the names of all of the FBI agents murdered by Light and Mia on a discarded page of the note, with revenge in mind L proceeds to write Light's name onto the page. Light then sees Ryuk laughing in the corner of his hospital chamber as he comments on how interesting humans are.

Despite the 2017 movie adaptation of Death Note getting mostly negative reviews, Willem Dafoe's portrayal of Ryuk has been praised by fans, and is considered one of the few good things about the movie. 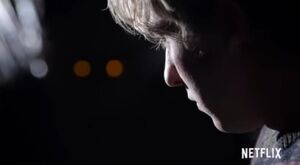 Ryuk watching Light after he first found the Death Note 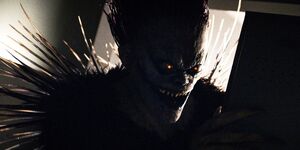 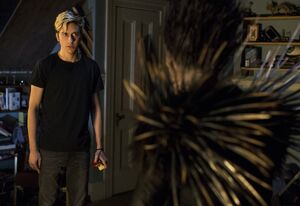 Ryuk explaining the rules of the Death Note to Light 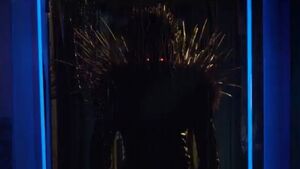 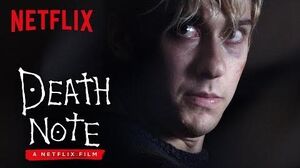 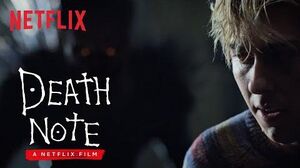 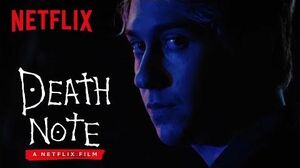 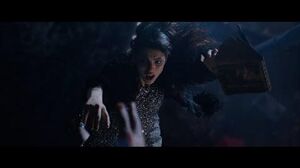 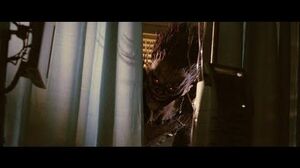 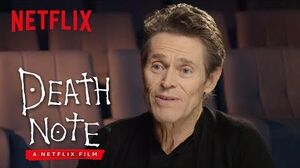 Retrieved from "https://villains.fandom.com/wiki/Ryuk_(2017)?oldid=3795553"
Community content is available under CC-BY-SA unless otherwise noted.