After James Earl Cash makes it to 54 Street Station when he makes it past the Carcer City Police Department from the previous level, the SWAT join the CCPD and assist them by cutting the power to the train Cash was attempting to use.

Cash makes his way through both the CCPD and SWAT, killing many of them, before making it to the Stockyard train yard to try and turn the power back on for his train to get to Lionel Starkweather. The CCPD and SWAT eventually corner Cash and are about to execute him instead of taking him in alive as ordered for killing so many of them.

Suddenly, Cerberus steps in and kills the remaining police force so they can capture Cash instead.

After Daniel Lamb/Leo Kasper kill several members of the Cottonmouth Police Department as well as many Project Militia members, SWAT steps in once again to try and capture Danny for assassinating Stanley Grex because he was funding The Project.

They fail once again to capture the protagonist and are never seen again.

The SWAT team in both Manhunt games are backup for both the CCPD and Cottonmouth Police Departments for whenever a situation is too much for just them to handle. All members of SWAT are heavily armed (shotguns, sub-machine guns, heavy pistols) and wear body armor.

Some SWAT members also carry around flashlights, which makes stealth difficult for James Earl Cash and Daniel Lamb, and should quickly be taken out first.

Evidenced during the ending cut-scene of the mission "Trained To Kill", all members of SWAT are shown to wear body-cams when the Cerberus Leader notices one on a dead SWAT and stomps on it to break it, hinting at the fact that Mr. Nasty is still getting footage on Cash and watching him for Lionel Starkweather. 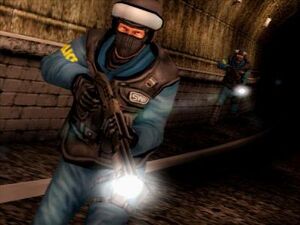 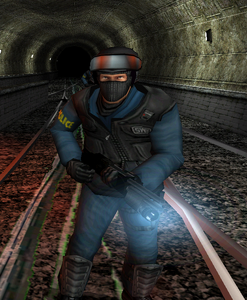 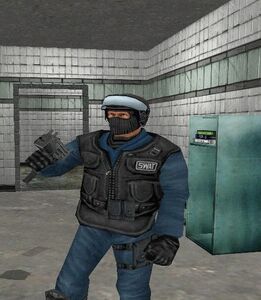 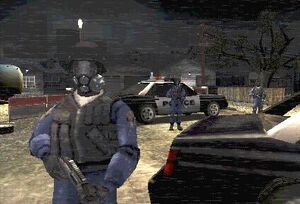