SCP-017, also known as the Shadow Person, is an antagonist in the SCP mythos, being a Keter-class creature kept by the SCP Foundation. SCP-017 is a shadowy figure roughly the size of a young child. Unlike some other dangerous SCP objects, it generally remains stationary and does nothing to actively harm anyone until a shadow is cast upon it. When that happens, it will immediately leap at and engulf the object or person, then return to normal size as if they were never there, to begin with.

SCP-017 is an 80 cm tall shadowy figure, roughly the size of a young child. SCP-017 seems to be composed of a shadowy, smoke-like shroud which is apparently shapeless. Even though it is unknown if there is anything or anyone beneath the shroud, the search attempt is still on going.

SCP-017 is contained in a room with lights from every angle, illuminating every corner of the room. The repair is required and no other personnel is allowed to enter in order to avoid casting a shadow.

Unlike some other dangerous SCP objects, SCP-017 generally remains stationary and does nothing to actively harm anyone, until a shadow is cast upon it. Immediately and swiftly reaction towards the shadows, SCP-017 leaps at the object casting the shadow and completely encloses it in its shroud, whereupon it returns to its normal size, erasing the objects' existence and leaving zero trace behind.

Any attempt at finding the whereabouts of SCP-017's victims have been unsuccessful, so it is unknown if it teleported them to somewhere else into a pocket dimension (like that of SCP-106) or simply consumed them. 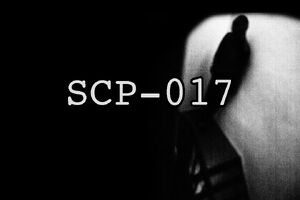 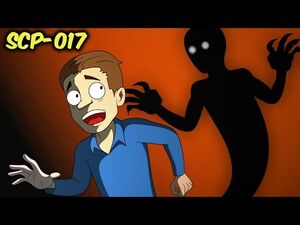 Retrieved from "https://villains.fandom.com/wiki/SCP-017?oldid=4190511"
Community content is available under CC-BY-SA unless otherwise noted.