Playing with toys, books and games.

Kill anyone who has contact with her over 10 minutes.

Kill anyone who causes physical damage to her.

SCP-053, also known as the Young Girl, is a Euclid class object contained by the SCP Foundation.

SCP-053 appears to be a three-year-old girl. She has the capabilities of basic speech, though she appears to have above average mental development. She most often has a pleasant personality and rarely is upset.

However, SCP-053 becomes agitated when she is in the presence of a group of people, or if any human over three years of age makes physical or eye contact that lasts more than 10 minutes. In these cases, those around her will mysteriously turn irrational, paranoid, and homicidal. These emotions will be directed towards SCP-053, and in most cases, they will attack SCP-053.

However, anyone who attempts killing or causing physical harm to SCP-053 will instantly suffer from massive heart attacks, seizures, and even death seconds after causing any physical damage to SCP-053. Despite this, SCP-053 has a regenerative healing factor that quickly repairs any and all damage taken during the event, regardless of severity.

Despite these events, SCP-053 seems to remain ignorant. Upon questioning, SCP-053 will not respond back.

SCP-053 has a chipper, happy attitude and is rarely upset or irritated. However, she becomes uncomfortable around large groups of people or anyone older than her, signs similar to being introverted and/or paranoid. Though she seems as if she is merely defending herself, she is the cause of any attacks against her, meaning that she is both a provoker and defender at once. It is unknown if she is aware (or fully aware) of her abilities. 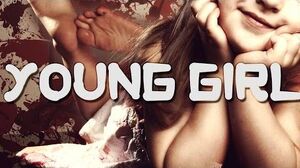 SCP-053 "Young Girl"
Add a photo to this gallery

Retrieved from "https://villains.fandom.com/wiki/SCP-053?oldid=3630274"
Community content is available under CC-BY-SA unless otherwise noted.