SCP-087-1 is a Euclid-class object under the SCP Foundation's containment. It is a humanoid face that appears as some sort of paranormal entity in the eldritch staircase SCP-087.

SCP-087-1 appears as a pale humanoid face. Its eyes have no pupils, its nose has no nostrils, and there are no reported visuals of a mouth. If there is any more to SCP-087-1's form, it has yet to be seen, as only the pale face has been observed in the darkness, even with lights shined upon it. No possible gender has been confirmed based on its appearance.

SCP-087 is an endless staircase, cloaked in darkness. Lights can be used, but light sources above 75 watts will prove ineffective, as SCP-087 seems to absorb excess light.

In every documented exploration of SCP-087, every subject has witnessed SCP-087-1 appear nearby. It will either stare at them from the darkness, causing mental degradation, or lunge at or chase them through the stairwell in an extremely violent and aggressive manner. Communication disruptions have been caused by SCP-087-1, as those who view it become extremely frightened and often drop any communication equipment they are carrying in their attempt to flee.

Many personnel have disappeared inside SCP-087 and never returned, and it is unknown if SCP-087-1 is the cause of their disappearances/deaths. SCP-087-1 also appears to be aware of the Foundation's presence, as it will stare into discarded video equipment. Personnel that manages to escape SCP-087 and gets back to the top often have long-lasting mental issues and physical fatigue. 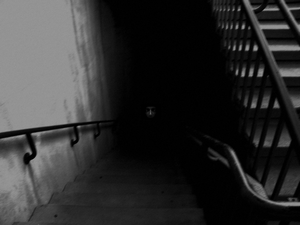 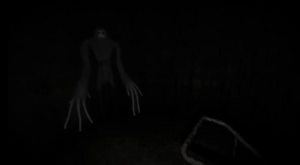 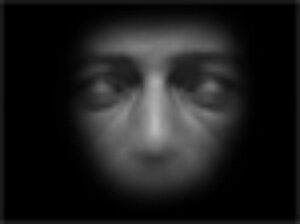 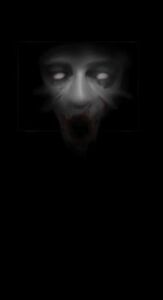 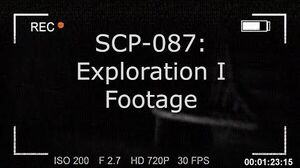 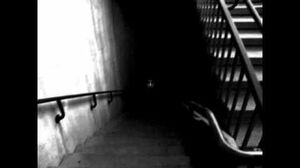 Retrieved from "https://villains.fandom.com/wiki/SCP-087-1?oldid=2906733"
Community content is available under CC-BY-SA unless otherwise noted.