"Communicating" with the downloader of the MalO app.

SCP-1471-A, also known as MalO ver1.0.0, is a Euclid categorized humanoid creature and an antagonist in the SCP mythos.

SCP-1471-A appears to be a large and lycanthropic humanoid creature. It appears to have a furry body and long black hair, while it's head appears to look like a wolf's skull. It appears that it has a massive jaw and sharp teeth, while its eyes are milky white with no visible pupils.

SCP-1471 is actually a mobile app called MalO ver1.0.0. Looking at the application, it has no developers listed and it has the power of bypassing the application's approval processing to go directly to distribution, while it can avoid removal by other program manager apps.

Once SCP-1471 is downloaded on the victim's mobile phone, there are no icons or shortcuts of the application at all. The SCP would start sending images through text messages every three to six hours. The images contain SCP-1471-A in the background or foreground. After the first twenty-four hours of the download of SCP-1471, the mobile phone will start getting images at random locations where the subject is at.

So far, there has been no known information about SCP-1471-A to depict if it is evil or not. It has shown no hostile actions to test subjects, whatsoever. We cannot infer if SCP-1471-A is good either, due to its actions being undecipherable, even by the SCP scientists.

SCP-1471-A Communicates with victims of the MalO app through the use of hand signals. Communication back with it is possible, though it is not currently understood quite what it means.

In previous tests with victims of the MalO app, hand signals have appeared to be saying it does not want to hurt humans. It seems SCP-1471-A is only lonely.

SCP-1471-A is included as a dangerous anomaly card in the SCP board game Uncontained. 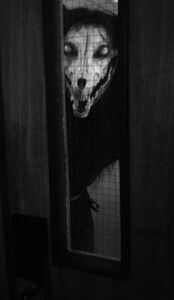 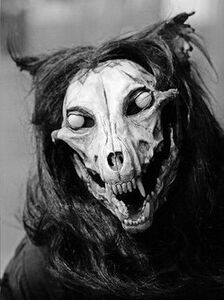 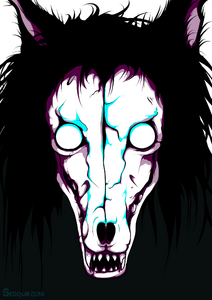 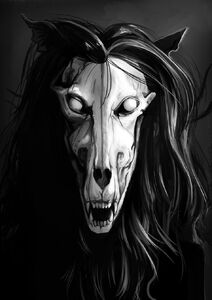