SCP-1499-1 are Euclid hostile species contained by the SCP Foundation.

SCP-1499-1 are quite tall, naked human-shaped creatures. They appear to have over five eyes, located on different parts of their bodies, as well as their mouths. Their left arm appears to be broken, as the right arm appears to be totally normal.

SCP-1499-1 appears after the player finds SCP-1499, also known as The Gas Mask, which is founded in the Light Containment Zone. The player gets the mask as an item and has to wear it so he could meet SCP-1499-1. As the player wears it, the mask totally teleports the player to another dimension.

The dimension appears to be an old, destroyed city, as it contains a majority of SCP-1499-1's. As the player walks the dimension, eventually he will find SCP-1499-1. It is actually unknown how much SCP-1499-1's are inside of the dimension.

If the player takes off the mask, immediately SCP-1499-1 and the dimension are invisible to the player until the player wears the mask again, but if the player got attacked by SCP-1499-1, he will have the pain without the mask.

In the Unity remake of SCP - Containment Breach, SCP-1499 and SCP-1499-1 look totally different and pretty much the storyline is the same. 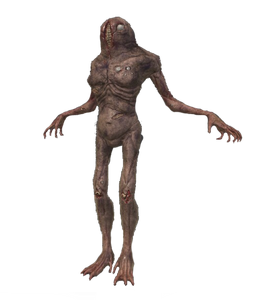 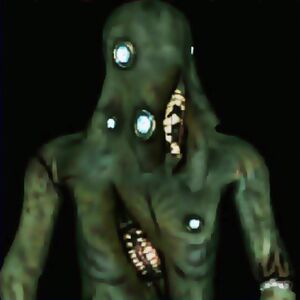 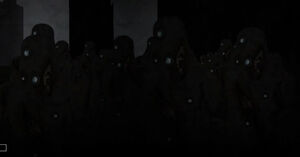