Kill any life form it encounters (succeeded, in tales).
Looking for attention (possibly).

SCP-173 is a Euclid class SCP and the very first being captured by the SCP Foundation. It can move at a very high speed and can snap the neck of any life form.

It is one of the most well-known SCPs of all time and the first one ever written. It is also the main antagonist of SCP - Containment Breach and a playable character in SCP: Secret Laboratory.

This monster's origin is as of yet unknown. It is made of concrete and rebar with traces of Krylon brand spray paint. SCP-173 is extremely hostile and animate. It cannot move while viewed directly and must not be broken. Personnel at a minimum of three are assigned to enter the container and are to alert one another before blinking. It is reported to kill its victims by snapping the neck of any human it encounters.

Personnel report sounds of scraping stone within the container when no one is inside. The reddish-brown substance on the floor is a combination of feces and blood. The origin of these materials is unknown but must be clean on a bi-weekly basis.

SCP-173 in order from being prevented from escaping must be kept in a locked container at all times. When personnel enter SCP-173's container, three at the minimum may enter at any time and the door is to be relocked behind them. At all times, two persons must maintain direct eye contact with SCP-173, while the third person cleans the container until all personnel leaves and relocked the container.

SCP-173 is the first SCP object that the player encounters, and is the main antagonist of the game. After the guards bring the player along with two other Class-D test subjects into SCP-173's containment, they shut the door behind them and instruct one of them to clean and the rest to make eye contact with SCP-173. Due to a massive power outage and site-wide containment breach, the door opens unexpectedly. The instructor orders them to remain in direct eye contact with SCP-173 until they can repair the door, before the rest of the facility has a blackout, thus breaking eye contact with the Class-D and SCP-173, who quickly kills the two Class-D until escaping its chamber, killing the security guard up on top of the balcony, and escaping into a large ventilation system.

After the containment breach, SCP-173 appears in a room, next to his containment chamber. A guard and a scientist, see it, and maintain eye contact, and slowly back out of the room.

Also in another room, as soon as the lights in the room blackout, SCP-173 drops down from a large vent and kills a scientist and a janitor who were attempting to escape.

SCP-173 often appears in locker rooms, catwalks filled with decontamination gas which would cause the player to blink at a rapid pace, the small control room, sometimes in the metal corridors, and later on, the electrical room, along with SCP-106. Because SCP-173 uses the ventilation system to travel, most of its spawn locations will have a broken vent.

If the MTF operatives encounter SCP-173, they will proceed to contain it again, completely ignoring the player if present. The operatives will then use a large cage to capture SCP-173 and return it to its containment chamber.

SCP-173 serves as a playable character in the game. SCP-173's has the unique ability to move and instantly kill human players (by left-clicking on them) whenever no one looks at it (Other SCPs do not halt SCP-173 when viewing it). However, while being viewed, it cannot move. Human players viewing SCP-173 will start blinking at regular intervals and depending on how many are viewing it at one time, it will move forward as people blink.

Just as the original game, SCP-173 is slightly much faster than blinking for a second. As of now, SCP-173 does not have a death-screen once murdering the player.

In this non-canon, fan-made series, SCP-173 doesn't appear in the series, but is spoken of by many other SCPs in their respective interviews. There is something of a recurring theme between other SCP's being puzzled by SCP-173's existence, or even hating him.

SCP-173 is included as a dangerous anomaly card that is capable of moving from player to player in the SCP board game Uncontained. 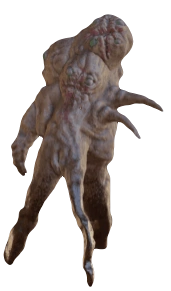 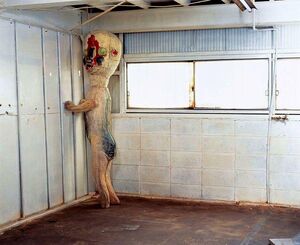 The original image for SCP-173, which has since been removed for copyright safety reasons. 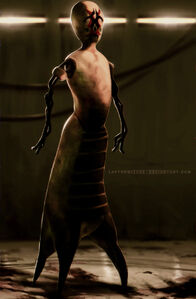 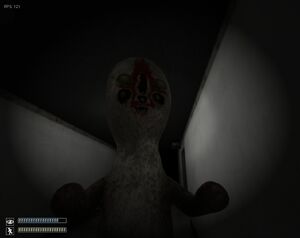 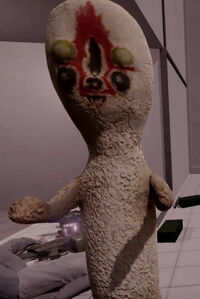 SCP-173 as it appears in SCP: Secret Laboratory. 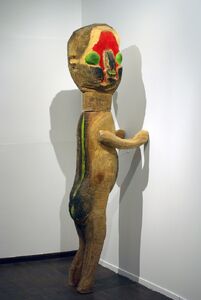 The original sculpture that inspired SCP-173. 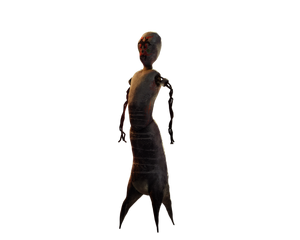 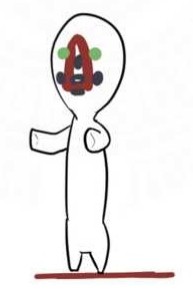 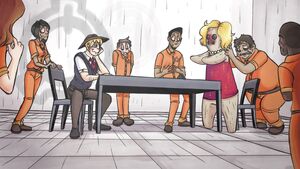 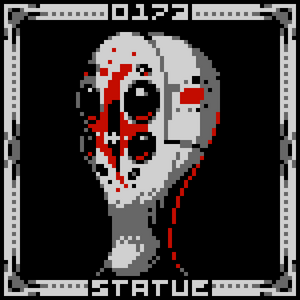 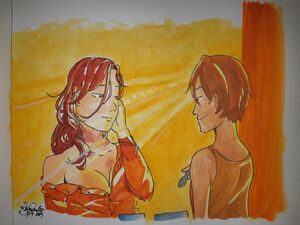 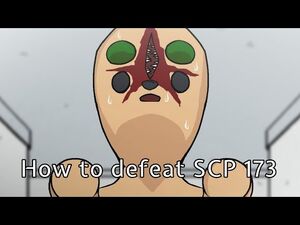 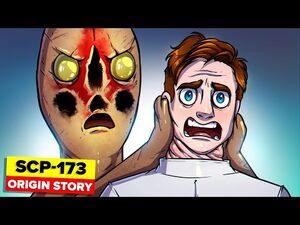 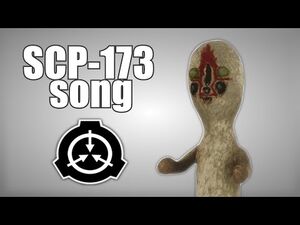 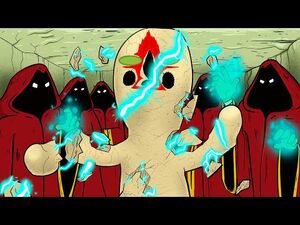 Origin of The Sculpture (SCP Animation) 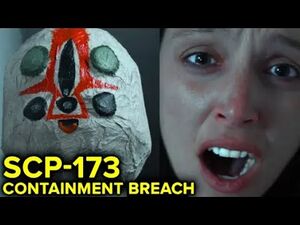 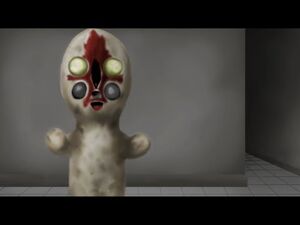 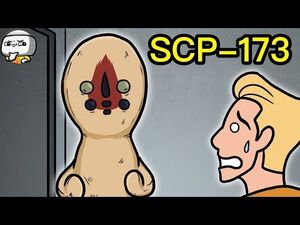 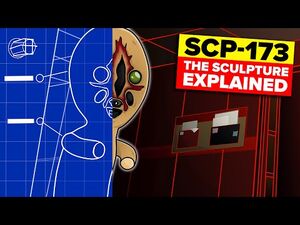 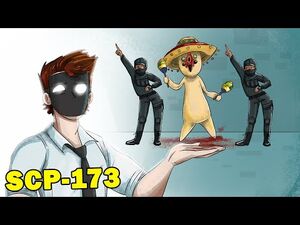 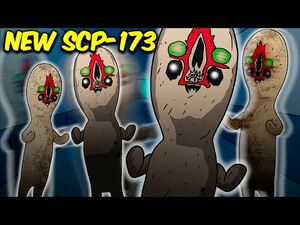 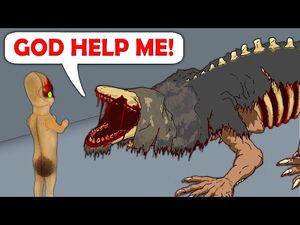 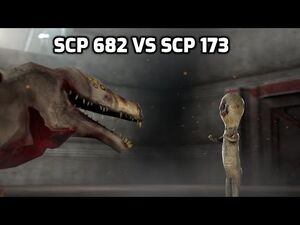 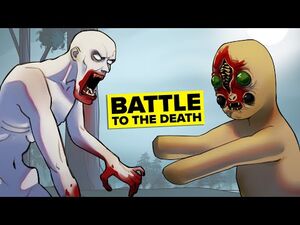 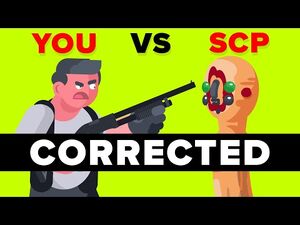 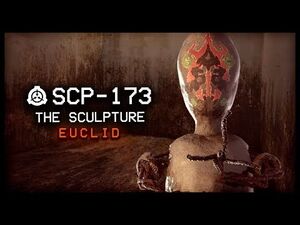