Villains Wiki
Register
Don't have an account?
Sign In
Advertisement
in: Mature, Enigmatic, Doctors and Scientists,
and 43 more

SCP-1765-1, SCP-1765-2, and SCP-1765-3 are Keter-class entities under the SCP Foundation's containment. They are a trio of sisters with great reality bending powers. Although their intentions are to help the Foundation, their methods of "helping" oppose the ideals of the Foundation.

During a raid on one of the Serpent's Hand's cells by the SCP Foundation, the Foundation's forces got hold of all their artifacts. They brought these artifacts to Site-37, where the researchers began examining them. Upon examining "a small wooden loom, an enamel needle, and a glass eye", the three instances of SCP-1765 appeared. The three beings appeared to be semi-corporeal entities, typically manifesting as vaguely humanoid, off-white silhouettes, capable of speech (speaking in three differently toned voices, described as feminine), and seem to possess individual and consistent personalities.

After introducing themselves to the researchers at the site and telling them their objectives in helping the Foundation, the sisters began manipulating the reality fabric of the site, separating it in four part, each dubbed Section-A to D. In Section-A, was turned into a monitoring room for the "CONTROL GROUP", which was made by personnel who were nor subjected to the sister's experiments, were tasked to monitor the experiments conducted in the other three sections, and once every five to seven hours an instance of SCP-1765 visits the group to provide them with food.

Section-B became the fulcrum of a localized spatial-temporal abnormality, causing its size, climate, atmospheric composition and pressure and temporal flow being all variable, and are seemingly controlled by SCP-1765-1, who oversees the experimentation in this section. According to her, experiment was meant to delve into the effects of repetitive action performed under unusual conditions on the human psyche.

Section-C also exhibited similar alterations as B, but was overseen by 1765-2. The experiments taking place in Section-C tend to focus on group dynamics and interpersonal relations during extreme conditions. Once it took the appearance of a football stadium with concrete bunkers replacing the goal posts, where two teams played against each other. One team was made out of members of Mobile Task Force Iota-6 ("Canvas Cats"), and the other team was made out the members of captive Serpent's Hand operatives. The teams were instructed to reach their respective bunker, while being deterred by hooded figures throwing fireballs and steal beams acting as obstacles. The game ended with some members of the teams dying in the process. However, in the second game, all of the people who had died were brought back unharmed. Although the obstacles in this game were easier to overcome than the last one, after the players arrived to their respective bunker, they were instead crushed to death, with SCP-1765-2 stating that "it doesn't matter how much you prepare and whose with you, sooner or later fate's going to catch up with you".

Section-D became the least understood segment of the altered Area-37 complex, it remains virtually unchanged from its state prior to its initial infestation by SCP-1765. However, it appears to be entirely disconnected from the baseline stream of time, existing as an isolated 'bubble' from events occurring outside of it. The temporal reality of Section-D as well as any experimentation taking place within it are overseen by SCP-1765-3. Due to SCP-1765-3's personality, little is currently understood about the experimentation taking place within Section-D. At the center of the section there was a table where two ice creams with different flavors were presented to the site director who was asked by SCP-1765 to chose one. The site director chose one and exited the room, but came back this time the flavor of the unchosen ice cream changing. This process went for more than 10,000 hours, essentially the site director was trapped inside timeloop endlessly choosing different flavoured ice creams, with 1765-3 only stating "Delicious!"

Because of this, the Foundation considered area-37 a Type-4 Corporeally Unstable Territory. All attempts at stopping SCP-1765 have failed, and all personnel confined to the area are considered lost. So the Foundation established a defensive perimeter around Area-37 according to standard Telemachus Protocol, a designated server farm was constructed to the large volume of data Prof by 1765, which is isolated from other Foundation networks, and in the event that SCP-1765's activity spreads, the on-site nuclear devices stored in Area-37 may be activated with the authorization of O5-Command. 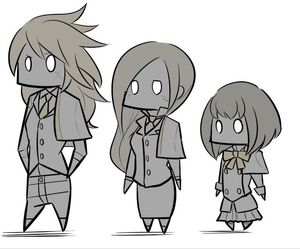 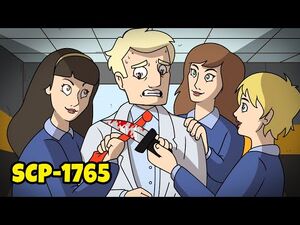 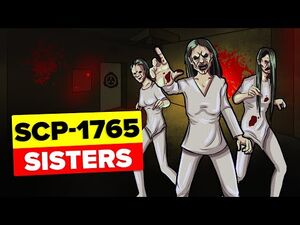