SCP-1788-1 (also referred to as "The Adults") are an antagonistic species in the SCP mythos. They are a collection of humans affected by SCP-1788, which is an unknown treatment or process that changes human anatomy and behavior, they are Keter-class SCP's that are documented by the SCP Foundation. Some instances of SCP-1788-1, though not all, are contained by the Foundation.

SCP-1788 turns humans into obese versions of themselves, as well as giving them narcissistic and psychotic tendencies. SCP-1788-1 instances are created by spreading SCP-1788 to others.

The Foundation is attempting to pinpoint the origins of SCP-1788, so it is currently unknown.

SCP-1788 is some sort of mysterious process, virus and/or treatment that changes humans into obese versions of themselves (that are roughly around four hundred pounds), the change also affects people mentally, as it makes them narcissistic, psychopathic, aggressive and even predatory. Aside from the obesity SCP-1788-1 takes on, there are no abnormal external physical qualities that differ greatly from a standard human, the internal anatomy of the SCP, however, is remarkably different:

The cranium and long bones of the SCP's are somehow reinforced with heavy metals, and their muscles fibers are interwoven with something similar to carbon nanotubes. These changes give the SCP instances much higher strength, durability and speed compared to a standard human. The blood flow of SCP-1788-1 is also heavily modified, as it can "close off" to certain areas to allow more blood to flow to another area of their bodies. Their organs also have two to three "copies" as backups in case the original organ is damaged. Even their brains have a backup smaller brain, but the true functions of the second brain is not yet understood. Their sweat contains high amounts of potassium and copper.

The instances also possess a second of arms under the original pair, which they can hide almost perfectly under clothing. They can use these extra arms along the original pair with excellent dexterity, making it very easy to subdue a victim of their predatory hunting.

When instances of SCP-1788-1 reach adulthood, they become very predatory toward prepubescent children. They will settle in urban areas and attempt to gain white-collar employment just to track children in the area. After this, instances of SCP-1788-1 will attempt to kidnap a child, take them to a remote location, and then transform the child into another instance of SCP-1788-1. How this process is done is unknown. This process is done by the SCP instance every six months after settling in said urban area.

Instances of the SCP never seem to purposefully gather or work together, but they do meet for mating. There is a "mating season" for the SCP instances which seems to happen in the summer or winter. They have no attraction to non-anomalous humans, only each other. When a female SCP-1788-1 instance is pregnant, the gestation period seems to be the same as normal human females. The offspring are not considered anomalous, but the Foundation seeks to terminate them anyway, for fear of SCP-1788 being spread further.

When many SCP-1788-1 instances are in the same room or general area, they will fight each other to the death for dominance. For this reason, the SCP Foundation houses captive instances in different rooms. Psychological evaluation shows that the instances have above-average intelligence with keen psychological insight.

As mentioned before, SCP-1788-1 instances are malignant narcissists, aggressive, overly defensive, and psychopathic, and show absolutely no empathy for others. An interview with an instance (labelled as SCP-1788-1-863) shows that it thinks it's the better version of being a human, while others are "inferior" and "incomplete".

Given this interview, combined with the fact that SCP-1788-1's hunt children to transform them, it can be inferred that the instances, or at leas the captive one, genuinely believe what they're doing is benevolent and they want to "improve" standard human children and create a stronger species, at least in their point of view, but such goals would end up resulting in a MK-CLASS: species transmutation scenario with the extinction of humanity while SCP-1788 takes their place. Given the fact that instances fight even each other, their view of being better than others isn't limited to just standard humans, but among themselves as well. 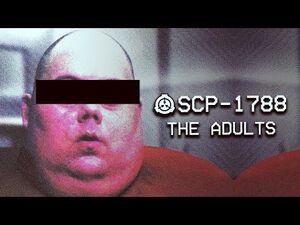 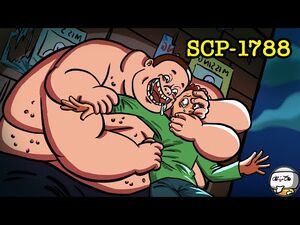