Seeking out materials to aid in construction/repair.
Destroy anything in its path. (possibly)

SCP-2399, also known as "The Malfunctioning Destroyer", is a high-profile Keter-class SCP documented by the SCP Foundation. Due to its location, it is not currently contained, nor has any action against it been successful thus far.

SCP-2399 is a self-repairing mechanical structure currently stranded on the planet Jupiter. The remarkable technology of the structure prevents the harsh conditions of the planet to damage it. In the SCP mythos, the Giant Red Spot on Jupiter is created by the SCP itself. The first sighting of the structure dates all the way back to 1665.

Exactly where SCP-2399 came from or how it was made are unknown. The first documentation of SCP-2399 dates back to 1665, from the journal of Giovanni Cassini, an Italian mathematician, astronomer and engineer. He wrote of an extremely fast moving object in the sky that crashed into Jupiter, creating many bursts of light.

The SCP is discovered by the Foundation in 1963.

As mentioned before, SCP-2399 is a very large mechanical structure that is set up in the lower atmosphere of Jupiter. Since the Foundation discovered it, it's been observed to have technology far beyond our own, as the structure has anti-matter based weaponry and is able to create disruptions around itself to avoid taking any damage from even the harshest environments. Because of this, a vortex is created on Jupiter, what is famously known as the Giant Red Spot. The true objectives of SCP-2399 and where it was going before crashing are never disclosed.

SCP-2399 is seen to be heavily damaged, and is theorized to have crashed into one of Jupiter's moons before arriving at Jupiter. The structure releases octopoid repair drones to repair any taken damage, and though these droids seemingly repair any type of damage, they can do this only so fast. Some droids will remain near the ship, while others patrol farther away in search for parts to aid in the repairing.

According to the SCP Foundation, the structure looks to be at ~59% completion, with .78% being completed annually, though in 1970, the rate of completion increased to .90% annually. There is no known limit of the structure's power, and contains electromagnetic shielding, matter-disrupting weaponry, many repair drones and a pinpoint precise tracking/targeting system.

The structure constantly repairs itself without hope of rest, showing that it values this above all else, and receives unending electromagnetic communications from the Triangulum Galaxy, which is 3,000,000 light years from Earth. The means of how this communication is unknown. Between the years 1971 and 1985, the structure received messages to further encourage repairs to the structure, to which the structure and its drones complied.

The structure doesn't seem to communicate any way with anyone on Earth, but most likely does so toward others in the universe. Given the amount of weaponry SCP-2399 has, and the fact it once arrived in the Solar System, it can be speculated that SCP-2399 wanted to cause great damage to Earth and/or other things in the Solar System. 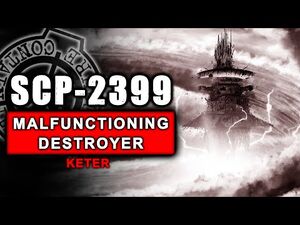 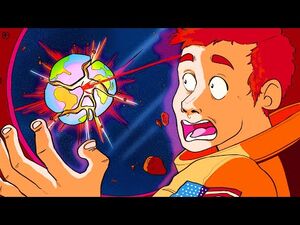 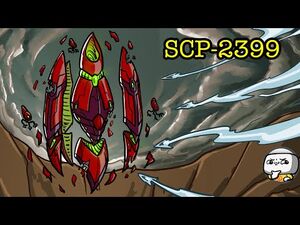 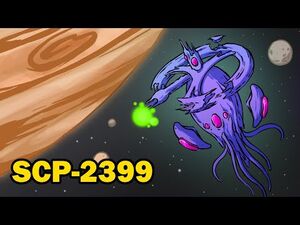