Ability to infect those who know about it

Trying to enter our dimension

Spread its influence through the world and take over (ongoing; currently failed)

SCP-2439 is an antagonist in the SCP mythos. It is an ancient intelligence which acts as a memetic agent that manifests itself through those that know of it. However, despite the threat posed by SCP-2439 the SCP Foundation are unaware of its existence, as the being was discovered, classified as a Keter-level threat and contained by D-class personnel without the Foundation finding out.

According to SCP-5641-1 through 6, SCP-2439 was originally the mind belonging to the ancient evil god known as the Scarlet King. During his battle against the Hindu god Skanda, the King was taken apart by the hero leaving Skanda to try and find a way to seal the pieces so that they may never be reunited. As he struggled to find a way to seal the mind away, Skanda was approached by the Kshatriya, former slaves of the Daevites who were liberated by the hero, and offered to sacrifice themselves to help him seal the King's mind. Seeing that there was no other option, Skanda was forced to turn them back into slaves and infected their minds with the mind of the King, but because they sat at the bottom of society the mind was now trapped with them forever.

SCP-2439 was first discovered when the D-class personnel at an unspecified site began to experience strange whispers in their heads, due to them being considered as slaves who were treated over harshly. Through unknown means, they concluded that it was an ancient mind from another reality that took over the minds of those that knew about it. As all D-class personnel were terminated at the end of the month, the entity was unable to fully manifest itself into the world. However, the D-class figured out that if they were all terminated without anybody else knowing about it, the entity would simply infect a different location where they might not figure out how to stop it.

In order to prevent this, the D-class organised into "Pandora Force", a group dedicated to stopping the entity. Designating it SCP-2439 and classifying it as Keter, they made sure that all new D-class arriving at the site were made aware of its existence so it would remain there; however it would never be able to fully manifest due to the end-of-month terminations, effectively trapping it.

SCP-2439's containment procedures were written on the wall in a room Foundation personnel never bothered entering, and which contained no cameras. Three members of "Pandora Force" continue guarding it at all times, prepared to destroy it if the Foundation ever do enter. So far Pandora Force have been able to maintain knowledge about the entity throughout the D-class population of the site, containing SCP-2439. However, it is not entirely safe; "Pandora Force" have considered telling the Foundation about it on more than one occasion in order to release it and get revenge on them for using them as slave labour. All suggestions of doing so have so far been shot down in order to avoid causing unnecessary destruction.

One day, as the Foundation tried to find a way to kill SCP-682, D-6177 proposed to use 2439 in an attempt to neutralize the creature, but personnel became confused as there was no official anomaly they knew which bared that designation and questioned the D-Class about it. However, in order to avoid infecting their minds D-6177 took back what they said and answered that it was just a joke. When the other D-class found out that D-6177 nearly risked to spread 2439 they beat up the D-class and left them in a supply closet where they were found by personnel and was given medical help. 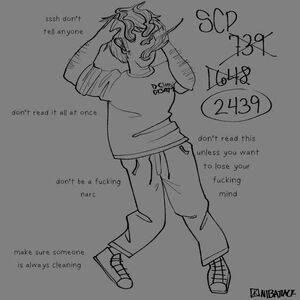 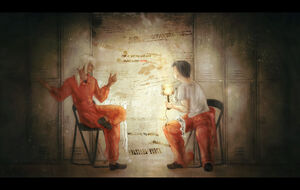 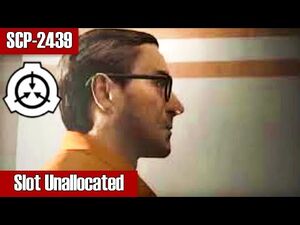 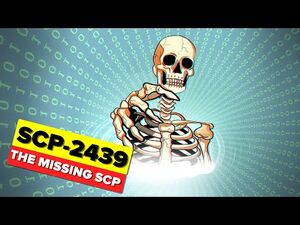