Infect a large number of human minds and manifest himself in reality (succeeded for a time, ultimately failed).

SCP-2440, also known as Xiolt-la, is an antagonist in the SCP Foundation Mythos. He is one of the Old Gods who was created near the beginning of creation, but after being stripped of his physical body became a memetic parasite which began infecting various human minds in order to grow his influence on Earth and regain his body. This lead to the infected individuals forming the cult named Chosen of God who worshipped the god, believing him to be a benevolent being, although his actions proved that SCP-2440 is in fact malevolent.

According to the Chosen of God, SCP-2440 was a member of the Old Gods named Xiolt-la, having been born from "Mother Void and Father Light", inheriting both of his progenitors' properties, but still being distant from them. Unlike his fellow gods, SCP-2440 was a benevolent being who valued life and made it perfect, by giving humanity tools to achieve their independence and become greater. This angered the gods and under the leadership of Ma'tol, they attacked SCP-2440. However, the creations of the old gods seeing the benevolence and greatness of SCP-2440 abandoned their oppressing masters and joined him, forcing the gods to fight SCP-2440 by themselves.

Ma'tol eventually confronted SCP-2440 who had challenged him in a single combat of gods known as Roh'i Xifalk. The two fought a destructive battle for countless years, and eventually SCP-2440 was able to overcome Ma'tol and banished the latter and the other gods to oblivion, but Ma'tol fell he cursed SCP-2440 by sealing him away from reality and causing humanity to completely forget about him.

SCP-2440 began existing as a memetic entity, capable of inserting himself into people's minds, forcing the infected individuals to worship him and spread his influence to others in order to gain enough power to remanifest himself within reality. This however, caught the attention of the SCP Foundation, the Global Occult Coalition, the Serpent's Hand and the Chaos Insurgency who sought to prevent SCP-2440 from manifesting himself on Earth and possibly destroy the world.

The cult named the Chosen of God who worshipped SCP-2440 once succeeded in infecting over 1,000,000 people during World War II which allowed SCP-2440 to fully manifest himself and begin destroying everything in his path. The Foundation tried to intervene by attacking the Chosen, but were no match for SCP-2440's power. The Foundation was forced to launch an air assault and drop firebombs over the Chosen's compound, which would become known as the bombing of Dresden, killing a large number of infectees and weakening SCP-2440 whose physical body was destroyed. The leader of the Chosen and a few others were able to survive and escaped the Foundation, planning to spread SCP-2440 to other people again but their attempts have so far been unable to do so thanks to interference of the Foundation.

SCP-2440's true powers are unknown. He was described as inheriting Mother Void's dark power and was capable of withstanding most of the Old Gods, including Ma'tol whom he fought for an extended period of time. SCP-2440 was able to defeat Ma'tol, but the latter put a curse on him, sealing SCP-2440 away from reality.

Amnestics and anti-memes are able to free people of SCP-2440's infection, but in the case SCP-2440 was able to infect more than 10,000 people, he would become immune to memory altering treatments, at which point the only way left to stop SCP-2440 is to kill the infectees.

SCP-2440 was described as inheriting Father Light's love, being the only god who genuinely loved the creatures beneath him, including humanity, and directly opposing the other Old Gods who unlike him were arrogant, selfish, and disrespectful, having no regards for anyone else.

However, as he was about to remanifest himself within reality, it became clear that SCP-2440 also had no regard for human life as he intended to destroy the world and all life in it, possibly including his loyal cultists who believed that he would take them with him after he finished his destruction. 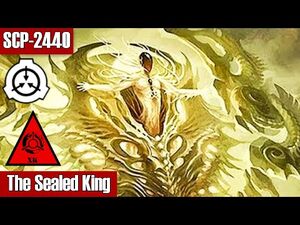 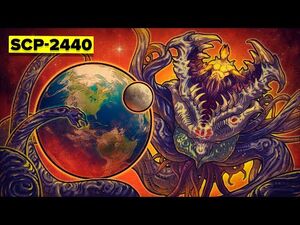