Abuse as much victims as he can.

SCP-2774-A, also known as The Slow Burn Sloth, is a Keter-classed humanoid-sloth creature from the SCP Foundation universe.

As described, SCP-2774-A appears to be a humanoid wearing a sloth costume. In the media depicting it, it is always shown in black and white.

SCP-2774-A appears in various non-live media such as movies, magazines, videos, pictures. SCP-2774-A mainly appears in the background of the media. There's no instances of SCP-2774-A on the internet. Though, there was a incident in Canada of SCP-2774-A, appearing on the television, which resulted in relocation over 4000 humans to Site-116.

The higher the number of victims affected by SCP-2774-A, the more powerful the SCP's memetic affects will be. 40% of victims get affected by SCP-2774-A, while colorblind people are unaffected. When SCP-2774-A's effect start activating, the victims start to move based solely muscle memory. They become very passive and are willing to answer very easy questions, while they display little to no emotions. The victims also can not be able to control their actions in any way whatsoever, but are completely aware of their uncontrolled existence.

After 150 seconds, the victims start getting agitated and fearful rapidly. They also start getting irritated with lucid thought. The affected report having no cognitive memory functions. Once they regain their abilities, most of them express dread upon realizing the permanence of their situation, with many wanting to be killed.

The victims which have been teleported to Site-116, they appear in a room in which art, literature and effigies of SCP-2774-A are located. 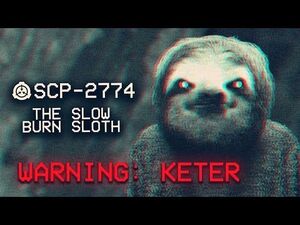 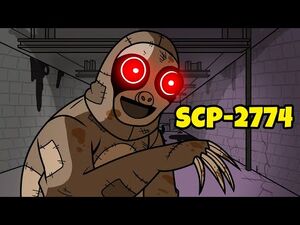