The Squid
The Kraken
Hafgufa

Destroy the seal that is holding its brothers and sisters to destroy the world.

SCP-2846-A is an antagonist in the SCP Foundation mythos. It is is a massive, aquatic, octopoid entity that resides in the Gulf-Atlantic region of the Atlantic Ocean and attacks during storms.

SCP-2846-A's origins that it is an entity that exist since many thousand of years. The first reporting sighting of this creature is from the Old Icelandic saga Örvar-Oddr that details a creature resemble 2846-A referred to as the Hafgufa.

However, It's been revealed that its origin from Calypso that it was an entity known as Lapetus, a titan that escaped from Tartarus taking the form of a most malevolent sea creature that is today known as SCP-2846-A. Calypso granted David Thomas Jones and his crew Immortality and asked the crew to pursue Lapetus in fear that it will release the seal that holds its brothers and sisters and destroying the whole world.

In 2013, an important discovery was found in a depression at 27.438374, -56.173477, with a large iron object sitting in the floor with over 4500K hot temperature inside of it and buried under a ton of rock. SCP-2846-2 seems to keep coming back to this area to move the rocks that is burying the iron object and almost finishing its task with the iron object being nearly exposed, so the Foundation feared that it could lead to an XK End of the World scenario.

In 2014, SCP-2846-A emerged again. SCPS Pristine, A Foundation Battle Ship is ordered to pursue it and signaling SCP-2846-B to attack the creature. Strangely, The SCPS Pristine was suddenly struck by a mysterious force with the Crew of the Pristine reported seeing many numerous eyes in the water below the ship with the Pristine confirmed to be lost and the crew was forced to abandon the ship. Satellite images in space spotted a large enormous entity directly beneath the water, the creature was forced to retreat when SCPS Nikolai and numerous battleships fired at the creature below.

SCP-2846-A resembles a massive giant squid creature with its mouth on the mantle. 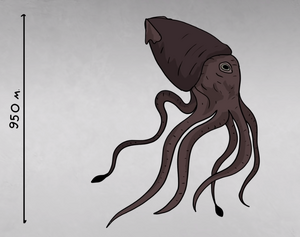 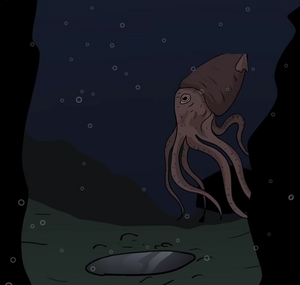 SCP-2846-A moving the rocks where the iron plate is located. 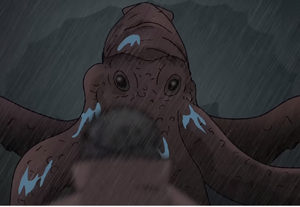 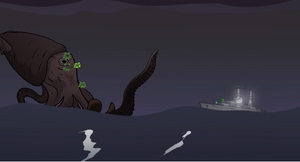 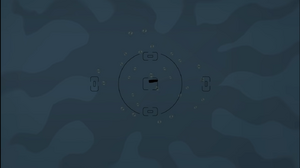 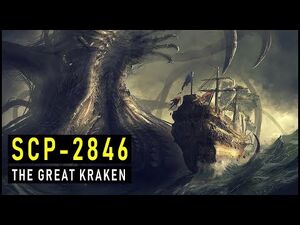 SCP 2846- The Titan and the Super Dreadnought - SCP Foundation Lore 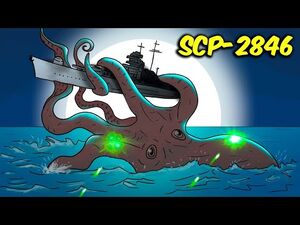 Retrieved from "https://villains.fandom.com/wiki/SCP-2846-A?oldid=4176489"
Community content is available under CC-BY-SA unless otherwise noted.