Evade capture by the Foundation (succeeded).

SCP-2852, also known as Cousin Johnny, is a Keter class SCP currently being hunted by the SCP Foundation, having managed to escape from containment. It is a mysterious, apparently non-sapient, being that visits christenings, weddings and funerals under the guise of a non-existent family member named "Cousin Johnny" which will be remembered by all present despite not existing and causes anomalous events and acts of violence and cannibalism to occur, ultimately leading to all those attending either dying, becoming sterile or becoming a violent killer soon after. Any attempt to prevent this by barring it from entering will fail, as SCP-2852 will simply teleport into the church.

During the American Civil War, a middle-aged man who acted as a preacher of the Cicada Lord would walk through North America to family gatherings and delivering speeches of hope that everybody would survive the war while accepting gifts in return. However, in the new reality established by SCP-001 (Wrong Proposal), the Cicada God became furious at the man for an unknown reason, and shed his skin which was then used by its spawn to appear as a human. This puppet then proceeded to continue the preacher's work by going into family gatherings and execute its rituals in honor of the Cicada Lord.

SCP-2852 has the appearance of a normal middle-aged white male, with its cells being biologically identical to that of a human. However, SCP-2852 lacked any type of organs and its body was entirely made up of fibrous muscular tissue, while its teeth and hair were made out of chitin which was chemically similar to those of the Cicadas. Furthermore, while its eyes appear as normal from a distance they actually have no nerve connection, and from his nostrils, mouth, ears and eyes rivulets of a murky copper liquid dripped. When confronting Adamo Smalls SCP-2852 revealed its true form to be that of a giant cicada shaped like its human body and possessing multiple spindly arms and legs.

During a Blue level event, SCP-2852 will appear as a congregant during a christening and act as the child's third godparent. Other than the presence of a third godparent, the ceremony will proceed as normal until the infant is lowered into the font, at which point the infant's top layer of skin will peel off and be eaten by the godparents, although the infant will be unharmed. The ceremony will then end, and SCP-2852 will depart.

After the event, the infant will mostly likely die within the next six months, and if it survives, will develop multiple personality disorders and engage in destructive behavior such as abusing animals. The godparents and biological parents will become sterile and commit suicide within five years. Any other couples present will either have stillbirths or murder their children just after they are born. Any children present who live past adolescence and are exposed to the song of cicadas will have a violent outburst, often leading to them to kill random bystanders. All of these are due to the influence of SCP-2852.

During a white level event, SCP-2852 will appear during a wedding as a groomsman. The ceremony will proceed as normal until the vows are exchanged, at which point SCP-2852 will give the bride and groom implements that they will use to pull out their own teeth without any sign of pain. They will then be handed the teeth, which they will eat, and the groom will vocalize a cicada song that will deafen the bride and those at the altar.

At the reception, SCP-2852 will become the best man and give a speech in an unknown language, although all congregants will somehow be able to understand and will react with mixed emotions. It will then give the couple a "gift" of 3.5 kg of human hair, thirteen dead cicadas, and twenty-three human teeth.

About two years after the event, the bride and groom will divorce as a result of domestic violence. Any children will be born disfigured, and all married individuals during the event will be rendered sterile. All children involved will avoid romantic relationships, and most will have killed themselves at the age of eighteen. This is a result of interaction with SCP-2852.

At the wake, SCP-2852 will vomit another mixture of blood, wool and cicadas, which all present will eat. SCP-2582 will promptly strip naked and lie down on a table before being cannibalized by the attendants (although it will be able to re-manifest itself in order to cause another incident).

Due to SCP-2852's influence, all participants in a black-level event will be rendered sterile, and most will either get divorced, move away from their families, or kill themselves. Cannibalism is also common in black level event participants, and six out of every ten children who attend will attempt to murder their parents. 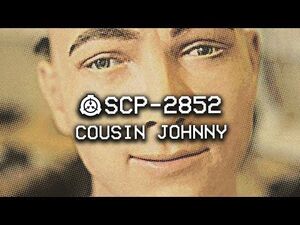 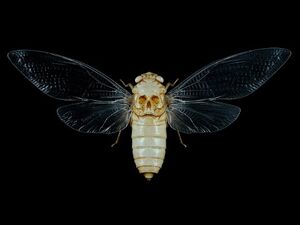 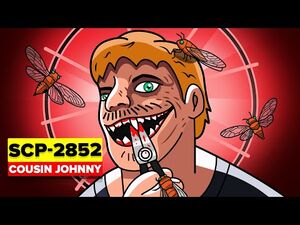