Kill all the humans inside SCP-3008-1 during the night. (ongoing;repeatedly succeeded)

SCP-3008-2, also known as The Staff, are a hostile species inhabiting SCP-3008, a Euclid-class anomaly under the SCP Foundation's observation. SCP-3008-2 take the form of staff members inhabiting the limbo dimension that is SCP-3008-1, which takes the form of an IKEA store.

SCP-3008-2 appear as humanoid beings devoid of any features whatsoever, wearing yellow shirts and blue trousers consistent with the IKEA employee uniform. They possess exaggerated bodily proportions, appearing to be too short or too tall and possessing long arms and short legs.

SCP-3008-2's behavior is determined by the time and 'daylight cycle' within SCP-3008-1. Instances of SCP-3008-2 wander aimlessly through SCP-3008-1 during the day, ignoring the humans trapped within SCP-3008-1 unless attacked, in which case they become hostile. However, during the night, they become hostile towards any other life forms and attack them, vocalizing variations of "The store is now closed. Please exit the building". If killed, SCP-3008-2 will not bleed or decay, and other instances of SCP-3008-2 will be attracted to the corpse.

The Foundation is currently observing the whole of SCP-3008. Any humans exiting SCP-3008-1 is to be briefed and have anesthetic administered. Any instances of SCP-3008-2 are neutralized with immediate effect.

During Incident 3008-1, a human man exited SCP-3008-1, pursued by an instance of SCP-3008-2, the only occasion on which SCP-3008-2 has exited SCP-3008. SCP-3008-2 killed the man before being eliminated by Foundation personnel. The man's diary was found on him, and offered new insight into SCP-3008, and revealed much of the information known about SCP-3008-2. According to the man's diary, any instances of SCP-3008-2 killed during the night are dumped in the Pickup section in order to draw other instances of SCP-3008-2 towards them and away from human settlements. It also revealed that IKEA supplies are mysteriously restocked during the night after a certain amount of time, for which SCP-3008-2 are presumed to be responsible.

In the Confinement series, SCP-3008-2 are the main antagonists in the two part Episode 6. After Connor was sent into SCP-3008-1, SCP-3008-2 began going after him as per their behavior during night. 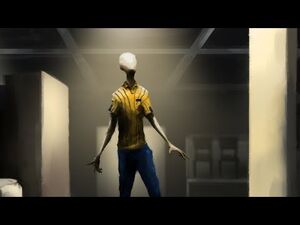 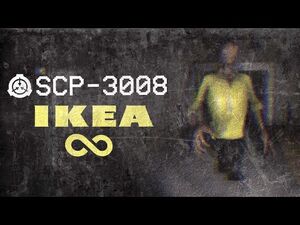 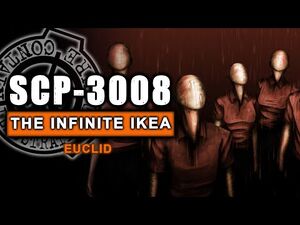 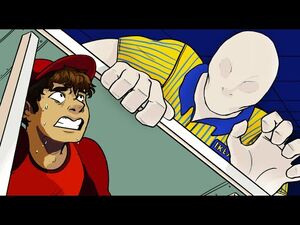 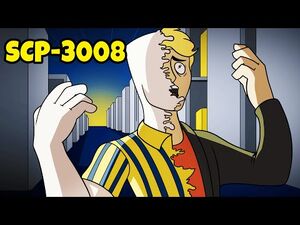 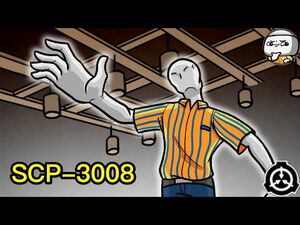 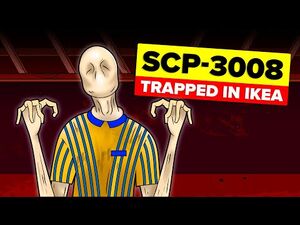 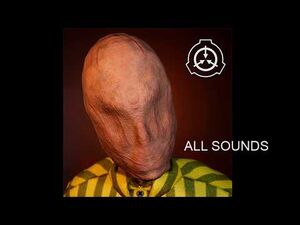