The Empress of the Black Forest

Replace humanity with themselves.

The species collectively known as SCP-3288 or The Aristocrats are a mutated species of human and are minor antagonists in the SCP Foundation universe. Descended from members of the royal House of Habsburg, after anomalous gene editing and hundreds of years spent living underground and inbreeding, they have evolved into cruel and monstrous predators with a taste for human flesh.

SCP-3288 instances are mutated and deformed to an inhuman degree. They are completely hairless and have chalk-white, light-sensitive skin. Their arms are fully twice as long as a human's and end in polydactyl hands covered in cracked enamel plates.

They are usually about human-sized, often slightly shorter due to their pronounced hunchbacks, but some instances can grow much larger than any human. While generally emaciated, some high-ranking instances can become obese with sufficient food. SCP-3288 instances always exhibit heterochromia, with each eye a different color. Their most horrific feature is a massive mouth with grotesquely jutting jaws, containing at least 60 huge teeth packed unevenly into six rows.

Despite their emaciated and disfigured appearance, SCP-3288 instances are actually in unnaturally good health. They are highly resistant to disease and, while they prefer human flesh, they can safely eat nearly anything. They are also much stronger than their thin frames would indicate. SCP-3288's lifespan is apparently longer than that of humans, though no precise figures are given.

Their most dangerous mutation, though, is their anomalous fertility. SCP-3288 pregnancies have a gestation period of around two weeks and usually produce multiple offspring, which reach physical and sexual maturity in less than two years. SCP-3288 has an anomalous gene which allows them to inbreed without negative consequences, rapidly compiling "good" mutations while eliminating "bad" ones.

This gene is the source of their other mutations and of their unnaturally fast evolution. Finally, sex between a human woman and an SCP-3288 male will always produce SCP-3288 offspring, which invariably kill the mother in childbirth.  SCP-3288's fertility means that they could potentially outbreed and exterminate humanity in a century or so if they so chose.

SCP-3288 inhabit underground "hives" scattered across central Europe. The hives are palace complexes built in Baroque or Rococo style, much like Habsburg palaces on the surface. At least one hive was a 1:1 model of a palace on the surface and was situated directly beneath it. "Hive" is a Foundation term for these complexes, which SCP-3288 call "manors". SCP-3288 do not illuminate their hives and deface the human features of any art that was originally installed.

SCP-3288 society is still recognizably human in some ways, though, since it clearly descends from Habsburg court society. Among themselves, SCP-3288 speak Viennese German. SCP-3288 generally dress in the fashion of 18th-century nobility, with powdered wigs featuring prominently. They seem to have at least some appreciation for music, since they maintain and play musical instruments. All SCP-3288 instances have noble titles of some sort, and each hive is led by an Emperor or Empress.  SCP-3288 seem to associate leadership with physical power.

As people, SCP-3288 instances are megalomaniacal narcissists with an extreme sense of entitlement.  They do not consider normal humans to be people and believe that they can abuse and kill "commoners" whenever and however they want. They are contemptuous and abrasive toward those they see as lesser, but are generally cordial and polite toward their perceived superiors, whether they be higher-ranked SCP-3288 or simply normal people who managed to subdue or capture them.

SCP-3288 arose from experiments conducted by Leopold I, Holy Roman Emperor and King of Hungary, Croatia and Bohemia, in the last years of his life.  After the death of fellow Habsburg King Charles II of Spain, Leopold grew concerned by the growing presence of congenital defects in the Habsburg line and sought a solution.  In 1701, he sought out the help of a mysterious woman implied to be a practitioner of Sarkicism.  From her he learned of DNA and how to manipulate it.  From 1701 to 1702 he conducted experiments under her guidance in a laboratory he constructed beneath Vienna, but his teacher grew disgusted with him when he experimented on (and presumably killed) the men who had built the laboratory complex.  Angered by the murders, the woman demanded that Leopold repay her for his teachings by renouncing his noble titles and give his empire over to democratic rule.  Instead, Leopold had her killed, and he continued his experiments without her help until his death in 1705.

Leopold's research was ultimately successful. He introduced an anomalous gene, likely of his own design, into the Habsburg bloodline that mitigated the negative effects of inbreeding. As the Habsburgs continued to inbreed, those with serious deformities were placed in vaults. These vault-dwellers continued to inbreed with each other, causing them to evolve and mutate at an ever-increasing rate. These mutations quickly resulted in the evolution of SCP-3288 as a distinct species. The SCP-3288 vaults remained in contact with their cousins on the surface, and the Habsburgs monarchs continued to accommodate their requests for food and entertainment, even as those requests became increasingly disturbing and depraved. Among these requests was a substantial supply of human corpses, killed by the Great Plague of 1738, for use as food. The SCP-3288 were most likely cut off from supplies when the Habsburg monarchy fell in 1918, but they continued to thrive underground.

In 1988, the SCP-3288 instances residing below Vienna began hunting, killing, and eating the city's residents. The SCP Foundation investigated the unexplained disappearances and found an SCP-3288 hive below the city. This hive, originally Leopold I's underground laboratory, was ruled over by the monstrous Emperor Maximilian. The Foundation raided the hive, took Maximilian and a number of other SCP-3288 instances into custody, and filled the hive with concrete. The Foundation used materials taken from the hive to search for other hives, and managed to find and destroy some.

In 2016, an SCP-3288 duke abducted nine women from Germany's Black Forest region in order to rape them and impregnate them with SCP-3288 babies. By the time the Foundation found the lodge where the duke was holding his victims, eight of the women had already been eaten from within by their SCP-3288 children, which had presumably escaped. The ninth woman was medically evacuated by helicopter but gave birth on board during the flight. The babies killed her and the crew, causing the helicopter to crash. The Foundation captured the duke and interrogated him.  The duke revealed that he was acting on the orders of the Empress of the Black Forest, who planned to use a campaign of rape and cannibalism to destroy baseline humanity and replace them with SCP-3288. 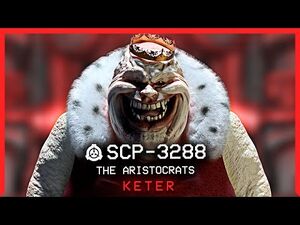 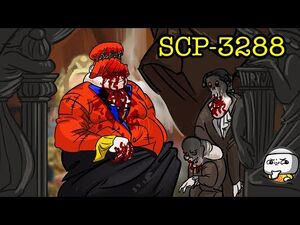 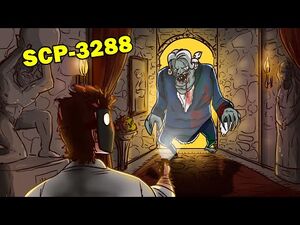 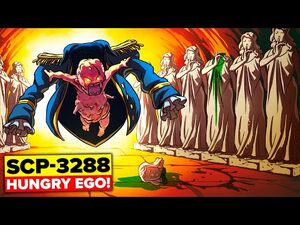