Aid Teran in his destruction.

SCP-3456, also known as The Orcadian Horsemen, are an antagonistic group in the SCP Foundation Mythos. It is a Keter-class SCP that are a group of quadrupeds that are currently uncontained by the Foundation. They are based on the mythological Nuckelavee and are a part of the "Orcadia" canon.

These creatures take the shape of skinless-looking horsemen, with one or more humanoids fused to the horse part of the creature, rather than being separate entities. They materialize near areas where war is prominent on land. They were originally an entry for the SCP-3000 contest and won 23rd place.

SCP-3456 were created a long time ago by the evil old god known as Teran who sought to destroy everything that the Mither, SCP-6700-4, had created on Earth. Teran used SCP-3456 to massacre countless innocent Finnfolks of Hidaland which caused the Finnfolk queen Triemedes to assemble an army in order to vanquish Teran and his minions. After Triemedes assembled a powerful army made from the Daevites, the Mekhanites, the Sarkites and the surviving Finnfolks who rode several instances of SCP-4700-1, she led them into the war against Teran and his forces, which ended in her sealing Teran along with herself.

With their master gone, SCP-3456 began wandering Earth in pursuit of new victims, while SCP-3700-2, another evil creation of Teran, began producing additional instances of SCP-3456. They began appearing around times of war and disasters, some of which were caused by SCP-3700-2, attacking participants such as during World War I, and in more recent times, SCP-3456 appeared in in Fukushima, Japan, in the aftermath of 2011 Earthquake, where they came across the SCP Foundation.

SCP-3456 is a collection of quadrupeds that take the form of horses with a humanoid riding them, although this differs greatly from the standard image of a human riding a horse, as both the humanoid and horse are fused together, with the humanoid not having two legs of its own, but the bottom of its torso blending into the horse. Some instances of the creature may contain more than one humanoid attached to the back of the horse. The creatures also appear with translucent skin, so that their veins and muscles are exposed. Looking directly at the humanoid part of the creature can also reveal glowing red eyes. The creatures can materialize and dematerialize at will.

The hands of the humanoid are twice the length of the creatures' height, and each arm ends with sharp, bone-protruding fingers where human digits would be, while the horses have three-toed hooves. The humanoids have no nose of any kind, but instead two holes in place of it, taking the appearance of humans with removed noses. The height and length of the creatures are greatly taller and longer than the standard image of a human riding a horse, with the highest length reaching 15 meters, and height reaching 30 meters.

The creatures can emit extremely high-pitched screams that reach up to 110 decibels in intensity. Conventional weapons have little to no effect on the creatures. Despite the creature being invulnerable, a report shows that flashbangs can temporarily hinder the creature's vision.

Events such as natural disasters, terrorist attacks and sites of war are the most frequent areas where the SCP will materialize. The more violent and intense the events in a given area, the more creatures will materialize there. Sightings of the creatures range from the early 1800's to the modern day. Written logs contain information about the SCP on 1916 and 2011.

The creatures have proven to be adaptive and intelligent, as they set traps for their targets, as well as systematically torture them. If an individual observes any instance of this SCP, the SCP will suddenly gain awareness of the observer (usually leading to the observer's demise). Further evidence of the creatures' intelligence is shown through their use of camouflage combined with different types of predatory/stalking behavior. The creatures will even expose themselves to be seen by more observers, therefore gaining awareness of the location of said observers. After the creatures capture a certain number of victims, the creatures dematerialize.

It is unknown where the creatures dematerialize to, or what it does with their victims. There is one discovered weakness of the creature, being that it cannot cross bodies of fresh water, though it is unknown why this is.

The instances of SCP-3456 do not speak or communicate with humans in any way, but their actions show that they seem to be completely and morally aware of what they're doing, as they will not only capture human victims, but trap them or torture them before doing so. And/or possibly even toy with victims before their inevitable end.

The fact that both the horse and humanoid parts of the creature smile at their victims show further sadism in the SCP's nature. 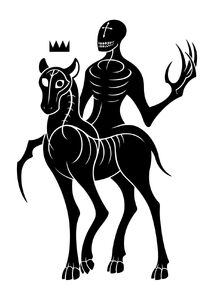 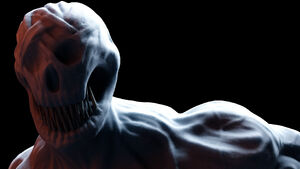 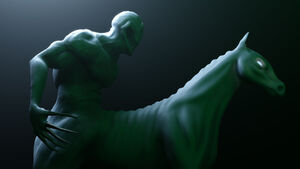 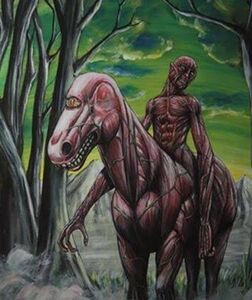 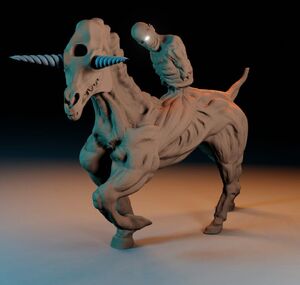 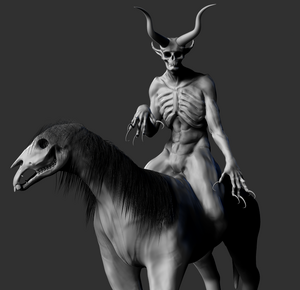 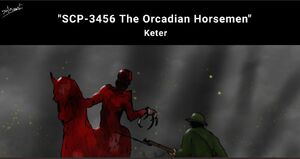 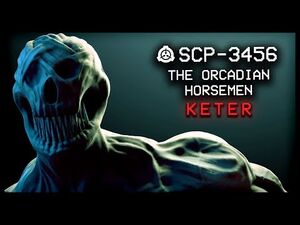 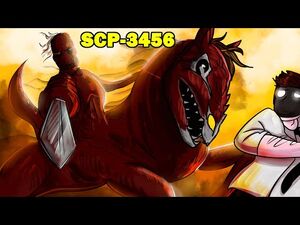 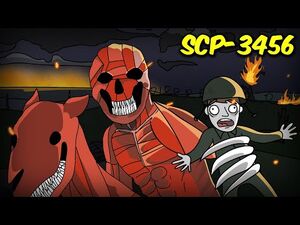 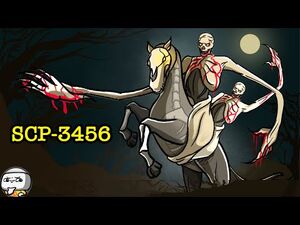 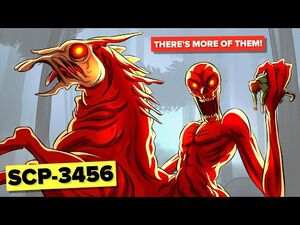