Pyrokinesis
Getting stronger and smarter

Burn as much as possible.

SCP-457, also known as The Burning Man, is a dangerous SCP contained by the SCP foundation. Its class is Euclid/Potential Keter.

SCP-457 appears to be invisible and undetectable often assuming a human-like form if given sufficient fuel to assume that size. SCP-457 possesses only the simplest of directives and shows no signs of being unusual compared to any other flame beyond a penchant for suddenly flickering to burn human hands, and the ability to "jump" to more flammable materials or other flames, which it then assimilates into its total form.

It is able to assume more complex shapes, and its method of intelligence is unknown, but almost always assumes a human-like form surrounded by and composed of flames. SCP-457 reaches an unknown threshold of size and fuel source.

While in this form, SCP-457 can use pops, crackles, or heated air to create noises and mimic human speech, even able to maintain conversations.

The danger of SCP-457 has to lead to set up relatively complex traps. It has its psychology may not be accurately determined in accordance with any human analogy

In its smaller forms, SCP-457 has very little intelligence, only seeking ways to become larger. However, given enough fuel, it shall gain sentience, alongside the ability to speak.

Attempts to interview the SCP have ended in failure, for even though 457 is capable of understanding and conversing with others, it will focus all its attention on finding more material to burn, responses to questions being either short and curt or ignoring them altogether.

Although it is a supernatural being, SCP-457 seems to possess emotions, shown when it voices its disdain at being confined, also screaming in a mixture of pain and rage when it came into contact with water. 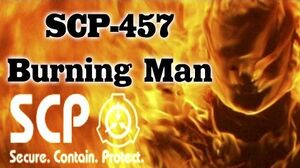 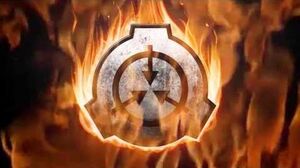 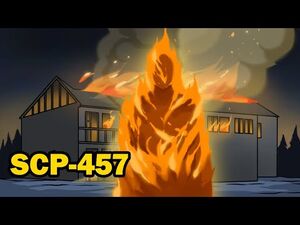 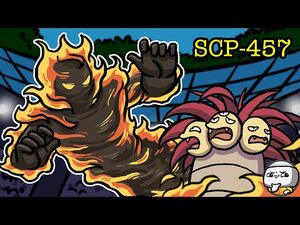 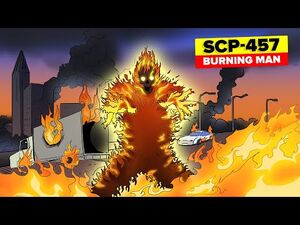