Gods and demons of the Faeries (possibly)

Searching for the princess.

Destroy the House of Apollyon. (succeeded)

SCP-4812, also known as the Three Profanities, are recurring antagonists in the SCP Foundation Mythos. They are a trio of supernatural powerful beings summoned by a princess of the Faeries as part of a curse set on the antediluvian kingdom of the House of Apollyon after the latter had massacred her people.

SCP-4812 play an important role in the "Project PARAGON" series.

It is unknown how the Three Profanities came to be, but it is believed that SCP-4812-S was one of the Faeries' deities or an aspect of one, while SCP-4812-E and SCP-4812-K were simple Fae demons. When an armada led by the Sky King Sarrus VIII von Apollyon from the House of Apollyon arrived in the ancient lands that would known as the Americas, they slaughtered the Faerie population which had already been weakened following the uprising of the Children of the Night.

Only one Faerie was spared, a princess who had been a member of her people's theocracy, and was chained by the king in order to bring her back to Olde Europ. The princess as revenge for her people's massacre, set a curse on the House of Apollyon, killing Sarrus VIII and most of his men and summoning the Three Profanities, but the army was still able to carry her to their kingdom. There, Sarrus VIII's son, Sarrus IX became the new Sky King and had the princess buried alive deep in the land that would become Ales, France.

As the Profanities began making their way to the House, Sarrus IX appointed the four knights, La Hire, Lancelot, Hector and Ogier, to protect the kingdom, but the curse soon began overtaking them as well. The first Profanity to attack the House was Vinuvinex, SCP-4812-E which was the lesser of the Profanities, and used its powers to freeze everything around itself, causing Sarrus IX's daughter to freeze to death. The Sky King retaliated by using Adam El Asem's Spear of the Non-Believer to defeat SCP-4812-E and bury it six thousand feet underground where the magma would keep it trapped for the time being.

Then came Lamellenant, SCP-4812-K, and attempted to attack the House. Fortunately, Lancelot in his new form was able to fight the monster and drove it away from the kingdom, causing SCP-4812-K to go to the lands of the Daevites. There SCP-4812-K killed a large number of the Daevites who were unable to harm it, before proceeding to steal their faces and fly through the stratosphere in search for the princess. Lastly came the last Profanity YASH, SCP-4812-S, which was the greatest of the Profanities, emerging from the ground. It was able to completely destroy the House after all of the four knights had left, and as it confronted Sarrus IX it got hold of him and pulled the Sky King into the darkness that it had come from, leaving Sarrus to only repeat the word "wrath" before he died along with his kingdom.

During the 18th century, an English archaeologist and occultist named Winston J. Connington, set on a quest to find more information about the House of Apollyon, leading to him discovering the existence of the Profanities and even seeing both SCP-4812-K and SCP-4812-E, but didn't dare to go looking for SCP-4812-S.

In 1964, SCP-4812-K passed over the USSR, alarming the Soviets who believed it to be a US spacecraft. They put a tracker on it and tried to attack it, but SCP-4812-K was left unharmed and descended from sky to engage with the attackers before resuming its search. This later led to the SCP Foundation discovering the existence of SCP-4812-K, and at first they simply designated it as SCP-4812.

The Foundation then discovered Connington's research on the House of Apollyon, and based on the coordinates they found on the documents, they found SCP-4812-E underneath a lake. When an MTF arrived to inspect the creature, SCP-4812-E was able to free itself and began making its way to the nearest population center. This forced MTF Ark-11 "Light Em Up" to use long-range artillery weapons to bombard it before proceeding to cause a gas explosion and drop a mass of molten slag by remote drone. This allowed the Foundation to finally capture it and lock SCP-4812-E inside a furnace in Site-80 in order to keep it trapped indefinitely.

The Foundation discovered SCP-4812-S when they began investigating a mysterious cave in France which had been brought to their attention by the Administrator Frederick Williams after anyone who had entered the cave never came out. After discovering SCP-4812-S, the Foundation blocked all light from reaching the creature in order to keep it in the dark while a blind Mobile Task Force, MTF-Vestus-12, was stationed to contain it.

On June 9th of 2002, three months after SCP-4812-E had been contained, the Global Occult Coalition discovered the mummified body of the princess, causing all three entities to become active once again. While transporting the body through the North Sea to Norway, SCP-4812-K attacked the GOC, forcing the Foundation to assist the latter in repelling the creature. At the same time, SCP-4812-E attempted to fight back but was stopped when the Foundation personnel began using untested technology in order to increase the temperature, while SCP-4812-S used its tendrils to partially collapse the cave system and began to slowly move upwards. After the Foundation realized that the GOC had gotten hold of the princess, the Foundation attempted to seal the cave in order to keep SCP-4812-S from exiting while planning to find a way to shoot SCP-4812-K down before the three entities were able to reunite with the princess.

SCP-4935/A Love so Forbidden it's Unknowable

In the future in which all life became immortal after an ΩK-Class "End of Death" Scenario occurred, humanity got hold of a giant alien cube-shaped machine referred as "Hereafter" for the entire human race to be put in stasis until they could die again, and created a humanoid race named the Akot to take care of Hereafter and help humanity to die. However, SCP-4812-K became intertwined with Hereafter and began attacking it, attempting to steal the human's souls while spawning a swarm of larval versions of itself to assist it and unlike everything else in the universe the larvae were able to die. The Akot, who began referring to SCP-4812-K as "Corpse-Father", attempted to fight it off in order to protect Hereafter and help humanity to finally die. After failing to combat it the Akot decided to conduct a series of experiments that could collapse spacetime of the present in order to destroy humanity before the end of death. The Foundation from the present realizing that this meant their own destruction prevented the Akot from achieving their goals and sealed the aperture connecting to the future. It is unknown what happened to SCP-4812-K but since the Akot failed to destroy their timeline, it can be presumed that it continued to attack Hereafter and gain access to the sleeping humans.

Following the success of the cross-testing of anomalies at Site-100, each SCP-4812 was cross-tested with three anomalies. SCP-4812-S was located together with SCP-2191, and from this encounter the vampiric SCP-2191-1 tried to steal the nutrients from the creature but were all killed due to SCP-4812-S' properties. SCP-2191-3 then went on to engulf SCP-4812-S but this also resulted in the being killing her unborn children. SCP-4812-E was put inside SCP-1844, a portal to Hell, and from this encounter SCP-4812-E began absorbing the heat produced from the pit, causing the demons emerging from SCP-1844 to try attacking it. SCP-4812-K was placed between the two SCP-225 instances, preventing SCP-225-2 from hitting SCP-225-1.

SCP-4812-S is a large amorphous entity covered in hair. It resided inside a deep cave system where it used its long tendrils to attach itself to the walls. When any living subject looked at it, either directly or through photos and videos, their brain system and eyes would melt as if extremely caustic acid covered them, causing a slow and painful death. Even a single hair carries this effect as it would cause nausea, hallucinations, and swelling of the eyes and brain and would still led to death if untreated. Because it layed dormant SCP-4812-S was classified as safe before awakening and making it's way to the princess.

SCP-4812-E is a 15 m tall humanoid composed of platinum and other metals. It had the anomalous effect of absorbing all heat around itself, causing the surrounding temperature to be extremely cold. SCP-4812-E was kept inside a tank of molten iron keeping it in 1,400 °C and classified as Euclid.

SCP-4812-K is a enormous insectoid creature resembling a cross between a stag beetle and a scorpion, measuring around 180 m and possessing a normal human face and four wings. It was completely covered in a thick highly reflective chitin that made it nearly invisible and it didn't produce any heat or reflect any sound. It can fly up to a speed of 800 km/h and apparently can reflect any attack that comes towards it. SCP-4812-K possessed the ability to steal faces and in SCP-4935 it is revealed that it can also absorb souls and spawn aggressive larvae. Because it was unable to be contained it was classified as Keter. 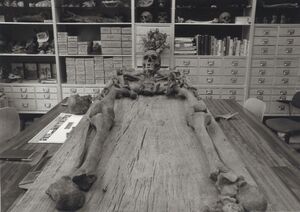 The remains of one of SCP-4812-S' ancient victims. 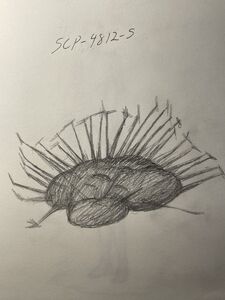 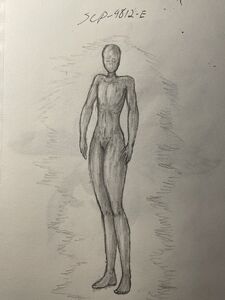 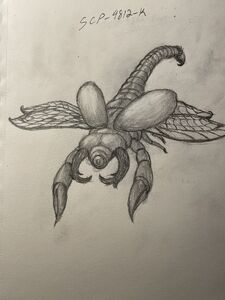 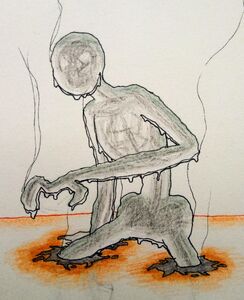 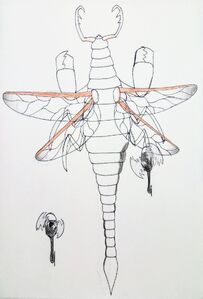 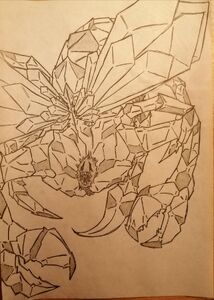 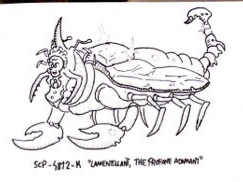 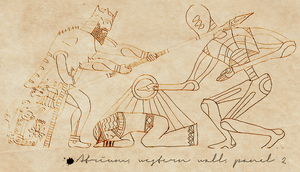 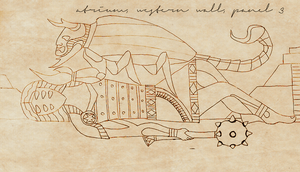 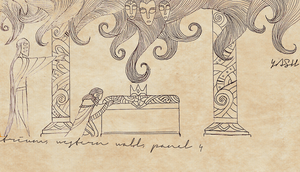 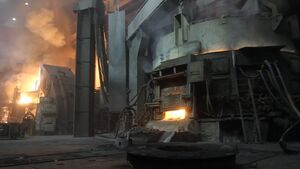 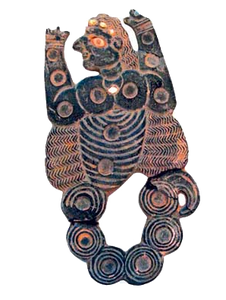 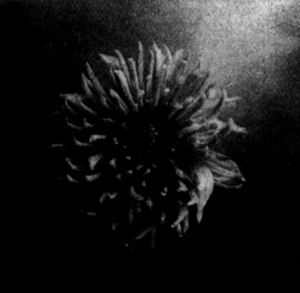 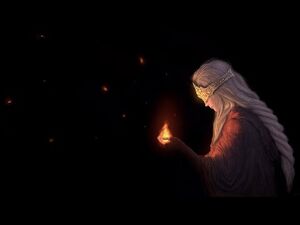 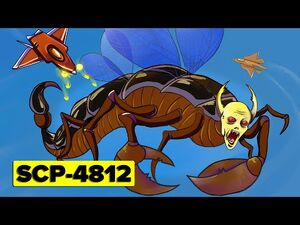