Showing people round his farm.

Turning players into parts of the game.
Manipulating others.

Escape Goat VR and wreak havoc on the real world (all succeeded).

SCP-5045-1, also known as the Farmer, is an antagonist in the SCP mythos. He is the gamemaster of SCP-5045, a virtual reality game named Goat VR.

SCP-5045-1 claims to have simply blinked into existence one day and created Goat VR because it wanted to. He began using Goat VR to lure people to his farm, where he would turn them into deformed goats to suffer for all eternity. Those who misbehaved would have their individuality erased. Eventually Goat VR somehow came to the attention of the SCP Foundation, who deleted the online adverts for Goat VR in order to contain SCP-5045.

Researcher Ivan Cherv, a Foundation doctor, had a D-class (D-1711) play Goat VR in order to glean more information about it. D-1711 came across the goats before turning round and finding SCP-5045-1 standing right behind him. After confirming that SCP-5045-1 could hear and respond to what he said, D-1711 was taken to have a closer look at the goats. All was relatively normal until D-1711 noticed one of the goats dragging its head along the ground. When D-1711 pointed this out, SCP-5045-1 began berating the goat, but D-1711's headset shut down before he could ask what was going on.

Researcher Cherv sent another D-class, D-6770, into Goat VR. D-6770 immediately came across SCP-5045-1, who attempted to get him to come and look at the goats. On Researcher Cherv's instructions D-6770 complied, then insisted on being allowed to enter the farmhouse, to which SCP-5045-1 agreed.

Upon seeing the relatively normal interior of the farmhouse D-6770 said he expected more. SCP-5045-1 told him he could have more and teleported away, causing a new door to appear. D-6770 initially refused to enter the door but was forced to comply when the farmhouse spontaneously began to break apart. On the other side of the door D-6770 came across a red tower and entered.

At the top of the tower he came across a yellow humanoid identified as SCP-5045-2 (presumed to be a Goat VR player). D-6770 spoke to him and discovered that SCP-5045-1 had imprisoned him in the tower and erased his memories. D-6770 agreed to help SCP-5045-2 escape. However, they were unable to find an exit to the farm.

SCP-5045-2 told D-6770 that he was making him feel hopeful, only to immediately freeze into place. SCP-5045-1 then appeared behind them. D-6770 attempted to block SCP-5045-1 from reaching SCP-5045-2, but he just shoved him out of the way. He then forced D-6770 into a chair, in the process revealing that he was able to hear Researcher Cherv's instructions. SCP-5045-1 mocked SCP-5045-2 over his inability to remember anything before clapping his hands, causing his sprite to flicker and vanish. SCP-5045-1 then vanished.

D-6770 found himself in a new part of the farm. SCP-5045-1 appeared again and was shoved to the ground by D-6770. However, several large purple goats ("Farmer's Helpers", being the brainwashed husks of deviant prisoners who ruthlessly obey SCP-5045-1) appeared in front of him and attacked him while SCP-5045-1 taunted him. Goat VR then shut down, and D-6770 collapsed into a coma. It is assumed that he was turned into a goat.

Researcher Cherv interviewed SCP-5045-1 via use of a large computer screen with a keyboard and mouse. He did not wear a headset during the interview due to safety concerns. SCP-5045-1 changed the surroundings to an interrogation room. He then told Researcher Cherv about his birth. When asked about the goats he admitted that he turned the players into goats.

If the reader clicks on the final image on the SCP-5045 article, they will find an addendum in which SCP-5045-1 stands over a goat that was once Researcher Cherv. He announces that they're done, before noticing the reader and climbing out of the screen to attack them.

At first, SCP-5045-1 appears to be an extroverted and friendly fellow, if a bit odd. However, he's actually a brutal, dishonest sadist who enjoys turning people into his slaves, generally turning them into goats. There is no clear reason why he does this other than his sadistic entertainment, and possibly need to be worshiped, or at least to assess his superiority to other living beings, implying he's a huge narcissist as well. He also recognizes he's excessively cruel, but doesn't care the slightest about it, as all that matters to him is taking more and more slaves. Farmer expresses a certain fondness for his virtual world and was angered to see how the Foundation attempted to cut off his link with the outside world, preventing him from taking more victims (aside from the D-Class prisoners used to experiment on the game).

Though he ultimately turns anyone who wanders too long in the game into a goat, he likes a good challenge, especially if his victims struggle and attempt to put up a fight (which Farmer always wins). He's excessively overconfident about his ability to always win and get ahead of the Foundation, which is justified by how easily he breached containment and turned Site-301 into another of his playgrounds. 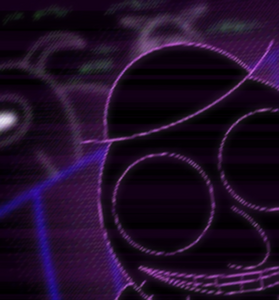 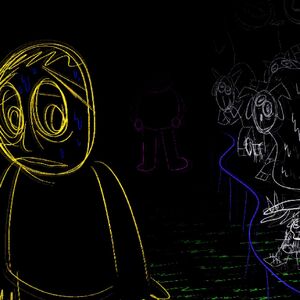 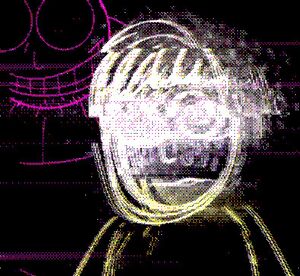 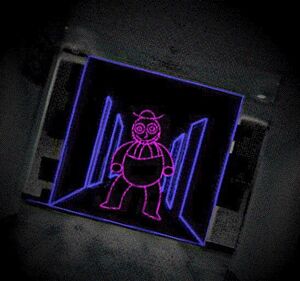 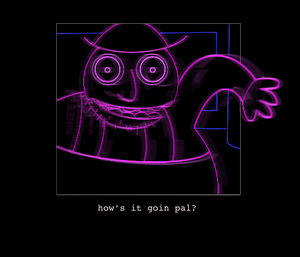