Murder and eat their victims.

SCP-533, also known as the Crystalline Butterflies, is a safe-class SCP under the containment of SCP Foundation. It also appears in Unity's 2018 remake version of SCP - Containment Breach as minor antagonists.

SCP-553 refers to a colony of winged organisms superficially resembling butterflies, approximately One hundred, forty-four thousand of them. They possess silicon-based biochemistry and are composed primarily of calcium and silicate compounds. The swarm communicated via echos and would warn the colony when danger occurred.

The swarm of SCP-553 would gather when an adult instance met with danger and sent their message. They attack their target with their solid wings, cutting their skin and causing damage. The target would die of their injury either instantly, or through infections afterward.

The swarm of SCP-553 appears as minor antagonists in the 2018 remake of SCP - Containment Breach, where it is found in its temporary containment chamber underground.

The swarm of SCP-553 can be seen at the end of the tunnel and would attack the player if they came too close. They would rapidly attack the player for one damage each though it would stack up easily. SCP-553 has no impact on the game as a whole and is a showcase.

Unlike SCP-173, SCP-106 or SCP-650, SCP-533 would only be discovered in their containment room and would not go anywhere but there. 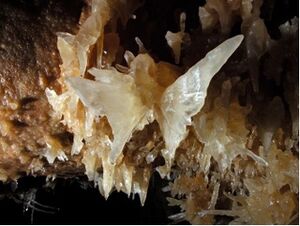 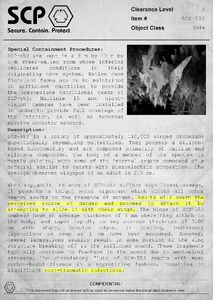 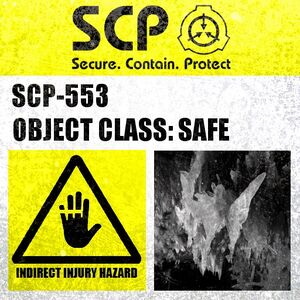 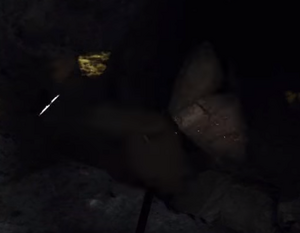 SCP-553 in the remake for SCP - Containment Breach.