God of Wishes and Stars

SCP-6666, also known as the Dread Titania, is an antagonist in the SCP Foundation Mythos. She is an ancient goddess of wishes and stars worshipped by the Faeries. After creating the Children of the Night to help the Faeries take down Adam El Asem, she saw how the Faeries mistreated her creations and so she betrayed them and began helping the Children in overthrowing both the Faeries and humanity and take over the Earth but was stopped by Hector of the House of Apollyon.

SCP-6666 is based on Titania from A Midsummer Night's Dream and plays an important role in the "Project PARAGON" series.

After the force known as "IS" created the Paragons out of its Dream and had them create the world and its inhabitants, Aella the Gardener, the Paragon of Life, and Osyn the Quiet, the Paragon of Soul, created Titania alongside Mekhane and Yaldabaoth to serve as protectors of Gaia. When the Faeries were created as the pure inhabitants of the Earth, Titania became their beloved goddess and together would take care of each other for the ensuing years.

The Children of the Night

When the powerful human known as Adam El Asem took a star from the sky and transformed it into the powerful Crown of Apollyon, the Faeries saw this act as a terrible and unforgivable sin to their goddess Titania, and attacked Asem's kingdom of Audapaupadopolis, but were repelled by the city's forces. Refusing to let Asem get away with this, the Faeries prayed to Titania and wished to grant them a mean to bring him down for good. Titania answered by creating the Children of the Night which were sent by the Faeries to destroy Audapaupadopolis and capture Asem. The Children were successful in this task as Asem had lost his powerful Spear and Crown, but despite serving their purpose perfectly, the Faeries ostracized the Children due to their resemblance to humans and left them at the bottom of their cities.

The Children in their despair wished to Titania to not be lonely anymore and after Titania found out of the Faeries' mistreatment of the Children of the Night, she betrayed the Faeries and became the Children's goddess, removing her own heart to give it to them which caused her to transform into a massive tree. This allowed the Children to overthrow the Faeries and take over their cities, turning the captured ones into their slaves who were used as playthings. As the Children prospered in their newly-claimed lands which they've sunk using the Wormwood seeds, the Daevites arrived at the location of Titania in hopes of gaining a powerful weapon and so they sacrificed numerous of their own men to the goddess in order to claim multiple seeds which they would later modify for their own use.

When the House of Apollyon began succumbing to the Great Profanities as a result of their massacre of the Faeries, Sky King Sarrus IX sent his last remaining knight Hector to hunt down the Dark god responsible for this. Hector was able to make his way to the sunken city where Titania hanged overhead and seeing the atrocities committed by the Children, Hector confronted her. He teared a side of her body open and inserted his own body through it. He then demanded Titania to grant his wish, poisoning the Children to force into an eternal sleep so they would not pose a threat to the kingdom or humanity anymore. Titania was forced to obey him and against her wish proceeded to produce a neurotoxic pollen that put the Children into sleep, while Hector continued attacking her in order to make sure that this continued indefinitely.

After millions of years had passed, in 1966 the SCP Foundation's Project PARAGON was able to discover Titania and Hector, designating each of them SCP-6666 and SCP-6666-A respectively, but failed to realize the presence of the Children of the Night. While exploring the history behind both Hector, Titania and the Children, personnel stationed at the base began experiencing nightmares featuring Hector attacking them and their loved ones, possibly an effect caused by Titania. In 2019 the Foundation decided to use their three drones "Ulysses", "Hero", and "Astor" to spray high density polypropylene foam on Hector and the opening in Titania so their exploratory team could explore the sunken city while not being affected by the pollen. After ATF Hēt-1 was successful in subduing Hector and trapping him using a 3" kevlar guy line and several steel cable bolts, the drones were able to completely seal the opening with foam. Because of this, the Children eventually began awakening and attacked the exploratory team, while Titania's body began glowing red as she also reawakened. Thankfully, at that exact moment Hector managed to free himself and resumed his attacks on Titania, telling her that she was forced to grant his wish for eternity and that she obeyed to him. He then proceeded to free his remaining arms from the bark of the tree and with all of his arms pushed both sides of the opening, causing the gash on Titania's body to become larger and release even more poison, which put the Children back to sleep, while both Titania and Hector returned to their dormant states.

Based on various accounts SCP-6666 prior to her transformation resembled a member of the Faeries race drenched in starlight.

After taking her own heart out, SCP-6666 transformed into a gigantic tree with a diameter of 380m and height of 9.2km. She was suspended upside down hanging by her root system embedded into the ceiling of the lithospheric void containing the sunken city. During her brief reawakening, SCP-6666 also emitted red light.

As the ancient goddess of stars and wishes, SCP-6666 was comparable to both Mekhane and Yaldabaoth in power. She was able to grant every wish someone desired from her, being able to create the powerful race of the Children of the Night, with the downside that she was forced to grant wishes that would result negatively for her which was what happened with Hector.

After taking her own heart out, SCP-6666 was able to live on and transformed into a gigantic upside down tree which despite virtually dead wouldn't decay. Her heart which would be designated SCP-2932-2 was used by the Children to power their organic prison which she herself created to imprison various powerful beings such Adam, his two sons and the Faeries among others. She was able to produce seeds known as Wormwoods that could instantly grow into massive trees before completely disintegrating, resulting in the land where the seed was planted to sunk. Under the demands of Hector, SCP-6666 produced a neurotoxic pollen that put the Children to sleep and killed normal humans.

Not much is known about SCP-6666's personality. Based on numerous accounts, it can be deduced that SCP-6666 was at her heart kind, benevolent and respectful to her children the Faeries and only wished to protect the Earth and its inhabitants. When the Faeries wished SCP-6666 for a mean to bring down humanity and their king Adam she created the Children of the Night in a shape resembling humans for just that. It was shown that she also deeply cared for her new creations as after seeing the mistreated they endured because of the Faeries' hatred of them, SCP-6666 seemingly lost all respect and love she had for them and willingly gave the Children her own heart for them to overthrow and destroy the Faeries. She also apparently didn't mind the suffering and destruction caused by the Children as she allowed them to slaughter numerous innocent Faeries and humans for their own enjoyment. 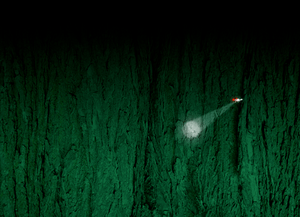 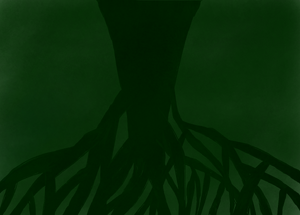 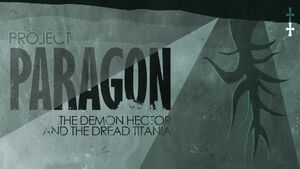 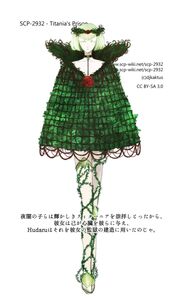 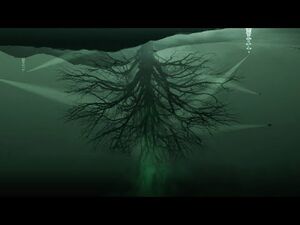