SCP-953, also known as the Polymorphic Humanoid, is a Keter-class creature currently in containment by the SCP Foundation. She resembles a red fox who is also revealed to be a Korean Kumiho that is able to change forms and has a habit of devouring human livers and also has a penchant with torturing and brutally murdering innocent people for her own amusement.

SCP-953 is a female red fox with nine tails but enjoys to take the form of other creatures, with a preference for a beautiful Korean woman. The creature makes a habit of devouring human livers. The one weakness of its transformations is that it keeps at least one part of its true form no matter what. This allows it to be easily spotted in a group, just by searching for the one person with fox features, whether it's a tail, ears, paws or something else. However, it will use clothing to try and hide these features. It also possesses slight psionic abilities, allowing it to trick people into believing obvious lies.

Not much is known about SCP-953 past. However, according to the procedure, the agents are advised to not go near her in a 100 meter span due to her hostility towards human life. This is because SCP-953 is a red fox that is able to change several forms and most of said forms that she used are revealed to be attractive Korean female and has a developing a hostility towards human life.

This is because that SCP-953 is a serial killer with a horrific modus operandi as she loves to kill her victims by targeting their abdomen first in order to remove their livers in order to eat them while also viciously tortures her victims to death before finishing them off. This resulted on the procedure requested 6 armed personnel in order to contain and secure her due to the vicious nature that she had shown.

One of her most repulsive acts is when she escaped from the SCP Foundation captivity while disguising herself as a furry enthusiast in order to enter the furry convention located in Pittsburgh, Pennsylvania. During that time, she massacred all of the attendees in the furry convention, estimated to be 27 people that died during the SCP-953 rampage, and the bodies of her victims were found mutilated in several hotel rooms with one of them becoming the main course at the hotel banquet. In addition, she is also responsible by convincing a mother to cook her child and also orders the mother to eat her child's remains for SCP-953 amusement and also performing a disgusting, necrophiliac acts towards the fiancee of the agents that attempts to capture her, Agent Ramsey, while doing this in front of him.

Another moment of her repulsive act is during the interview with a Japanese agent from the Eastern Division, probably better known as Agent 3, due to him surviving the horrors that SCP-953 had given to him and the other two agents that attempts to capture SCP-953. Initially tasked to capture SCP-953 due to her causing a ruckus in a rice field, the agents managed to encountered her in a waterfall while combing her hair with her own thin robe. After managing to seduce the agents, she then lured them into a cottage while giving them nice meal to the point Agent 3 was assuming that the meal was some kind of pork or beef. This behavior that SCP-953 possessed resulted in Agent 1 assuming that she was a perfect type of wife with her demure, kind, sweet and respectful attitude.

It wasn't until the night when Agent 3 discovered the horrific truth. After he accidentally woke up and seeing that Agent 1 was missing, Agent 3 assumed that Agent 1 went outside to take a pee. As Agent 3 went behind a bush, it was revealed that SCP-953 had seduced him into letting her perform oral sex on him and then bitten off his penis and showing it to him. She then cut his throat and ate his liver while peeling his skin off like an orange.

Horrified by what SCP-953 had done, Agent 3 then attempted to warn Agent 2 to get out from the cabin to no avail as Agent 2 refused and go back to bed. Seeing that SCP-953 disguising herself as Agent 1, Agent 3 shoots him due to seeing his eyes glowing yellow and is also aware that Agent 1 was brutally murdered. After Agent 2 discovered that Agent 3 seemingly murdered Agent 1, he pointed his gun towards him in self-defense and ordered Agent 3 to put the gun down with fear.

Seeing the conflict, SCP-953 then used this as an opportunity by making Agent 2 shoot Agent 3 in the arm which resulted on her laughing like a maniac. It was revealed that Agent 2 was also brutally murdered by SCP-953 and he was laid out in a table where the other agents had eaten yesterday with his skin flayed open. It was then Agent 3 discovered a horrific truth:

It was revealed that they ate a corpse of a human which resulted on Agent 3 throwing up and trying to kill SCP-953 by stabbing her in a gut with a punji stick which slowed her down a bit as Agent 3 jumped to the river to save himself and attempts to burn the cottage with a flamethrower. It was not until the retrieval team rescued Agent 3 while bringing him to the hospital and the retrieval team also able to capture SCP-953 for good. Because of this incident, Agent 3 had a raging infection in the hospital for days.

When asked by the interviewer about his opinion about letting SCP-953 live because he assumed that [Agent 3] sympathize with her due to his attempt at opposing the retrieval team's termination with the OopArt, Agent 3 simply said that he did this to save himself because how spiteful she can be and if SCP-953 got out, she will kill anyone who dared to opposes her. The incident was proven to be so traumatic for Agent 3 to the point he was transferred to Site-51 for psychological analysis and debriefing. As of today, SCP-953 has made three escape attempts, which resulted in of the operatives that tried to confined her dead. However, the surviving agent was return to be active on duty and was transferred to the restructured Mobile Task Force Theta-3 where he continues to serve there. 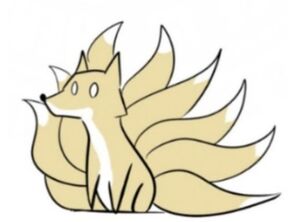 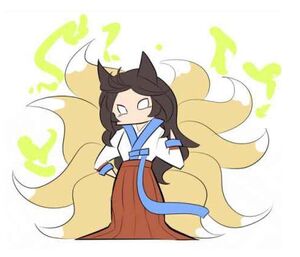 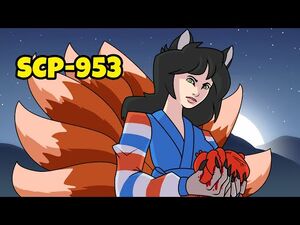 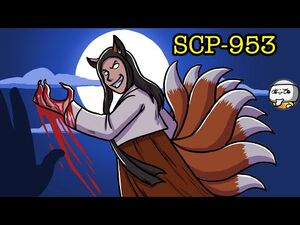