Emitting a wave that inhibits victims from sleeping

Kill and consume as much as they can.

SCP-996 series appear to be hairless, skinny, digitigrade humans. They have an elongated face, and a mouth lined with needle-like teeth. Each hand had five claws that can be up to twenty cenimeters long. Their height ranges from 1.4 to 1.6 meters, as they can reach up to thirty kilograms in weight. They physically appear to be very weak, with hollow bones and low muscles.

While sleeping, SCP-966 does not rest at all. Suddenly they would stop all movements on random occasions, as they would get back to normal after five minutes later.

SCP-966 is found in the containment chamber and maintenance tunnels. SCP-966 is only visible if the player wears a pair of night vision goggles, regardless their sounds can be heard when the player is nearby, as the player is still able to collide with the instances. Apparently, if the player approaches the instance without its goggles, a message would display reading out the quote on-top of the article.

After the instances will walk around the facility. Once the player approaches the instance, it would look up at the player, and start emitting sounds. This is only signified by the player's vision that becomes blurred out for a second. After all, the player's stamina starts falling down. The player should remain close to an instance of a period of time. Once the sound is emitted, they would attack the player, opening any doors they approach. 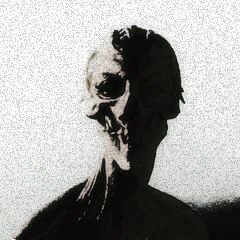 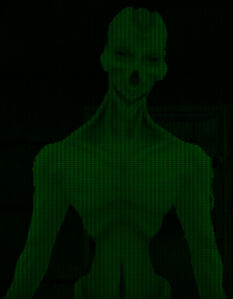 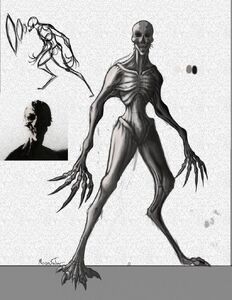 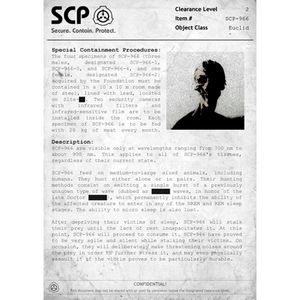 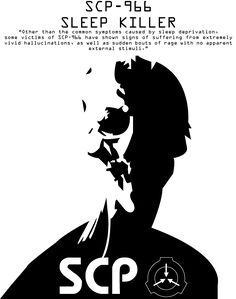 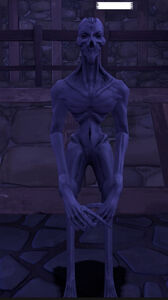 SCP-966 as they appear in SCP - Containment Breach. 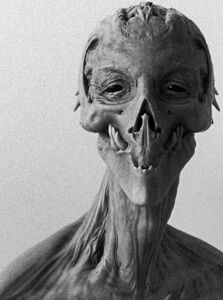 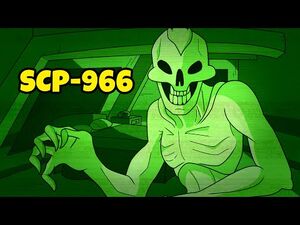 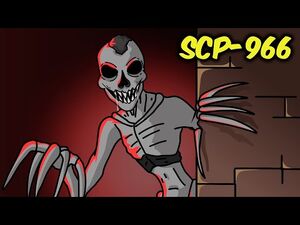