SCP-973-2, also referred to as Smokey, is an Euclid-class object under the SCP Foundation's containment. He looks like a humanoid male, appearing to be dressed as a police officer in a uniform from the 1970s, though what he really is is unknown. He is paired with SCP-973-1, his main method of transportation, with both of them collectively referred to as SCP-973.

SCP-973-2 appears on a specific 37-mile stretch of a United States highway between the hours of 10:00 P.M. and 4:30 A.M. If a vehicle enters the area traveling over fifty-five miles per hour, SCP-973-2 will appear behind them. He will pursue the target, broadcasting a looping message over the target's radio, saying, "Run, f***er". When targets flee, SCP-973-2 will catch up to them in approximately one to six minutes, where he will exit the vehicle and attack the driver and any passengers in the target car.

The remains of thirty-four individuals and nineteen vehicles have been found around the road in question. Causes of death vary, including evisceration, rape, and more. Vehicles sustain massive impact damage and have burns on the interior. Five survivors of SCP-973-2 are in Foundation custody, suffering extreme mental and physical trauma.

In an attempt to capture SCP-973-2, nine Foundation officers were killed, though they do believe they may have temporarily wounded him.

Due to his nature, SCP-973-2 cannot be contained normally. The section of the road he occupies is shut down during the designated time, and any trespassers are arrested.

SCP-973-2 appears as a balding white male humanoid with a handlebar mustache. He has red eyes and a gaping black mouth with no teeth or tongue. He is said to appear slightly overweight, and he wears a 1970s era state trooper uniform.

SCP-973-2 appears to be sadistic, cruel, taunting, terrifying, and dangerous towards his victims over their radios before catching up and attacking. From the range of causes of death observed, it can be assumed that SCP-973-2 enjoys performing his killings in different and brutal ways. However, not enough information is known about his character, and it has not been confirmed as he only has a single line, which he says while chasing the driver. 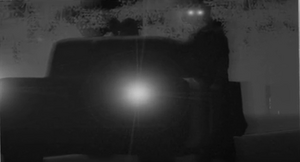 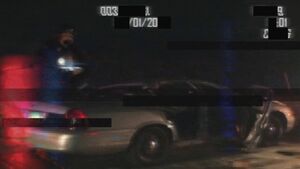 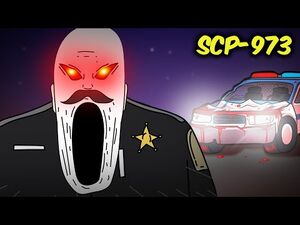 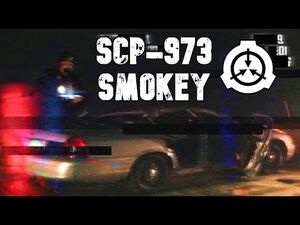